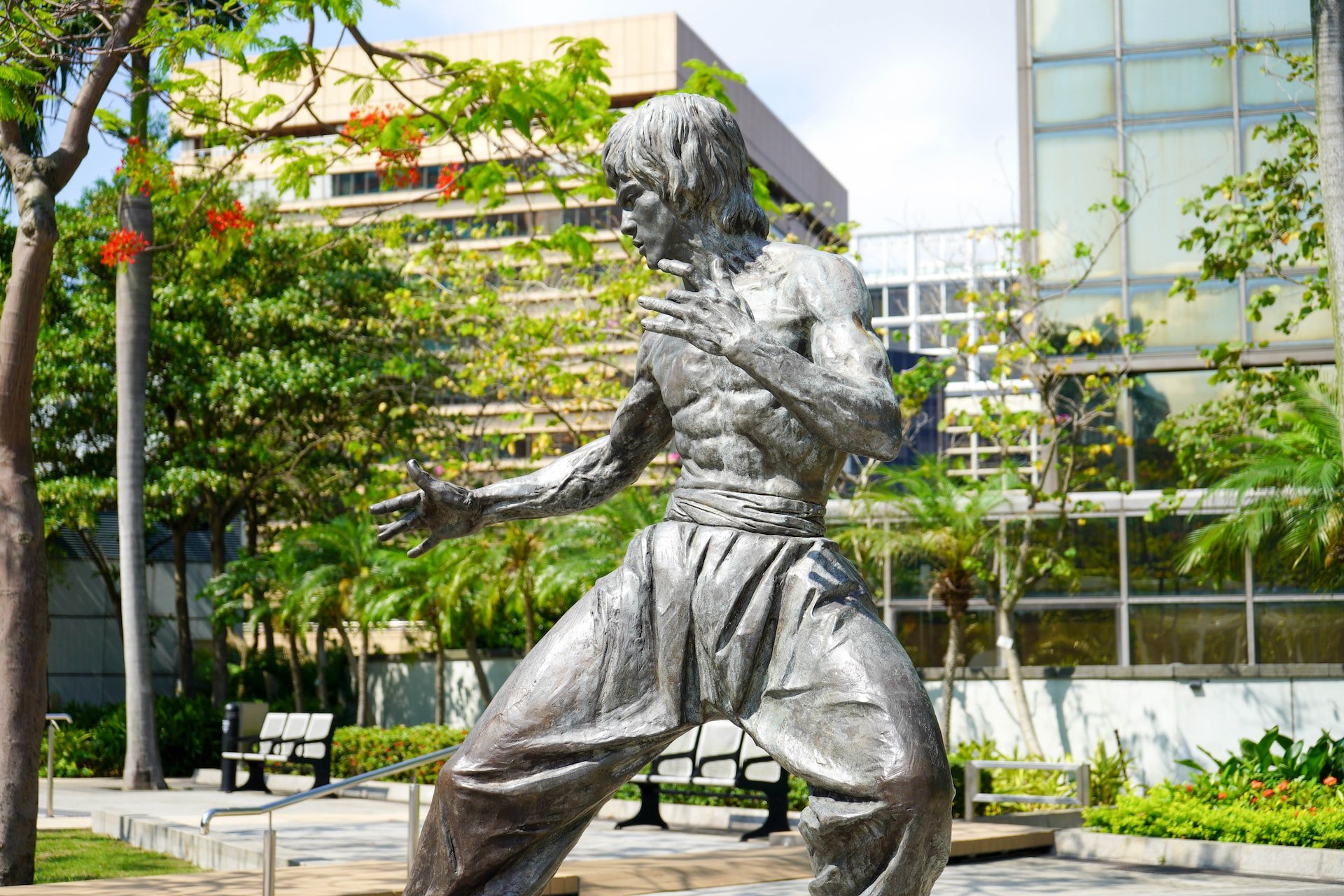 If you have any interest in Martial Arts movies, then you already know about Bruce Lee. Lee is often called the very first Asian superstar; he was an iconic character and actor, a brilliant movie star, and an unmatched master of the martial arts. Lee had a short but fascinating life, securing himself a permanent place in popular culture and the Hollywood film scene after just five mainstream films.

The Man Behind the Moves

You might have seen Bruce Lee’s movies, read about his Jeet Kune Do martial art, or perhaps even played the Bruce Lee slots at Unibet, a real money casino in Pennsylvania. But how much do you really know about the man behind all these things? From a young age, Bruce Lee was a prodigy of the martial arts. He was skilled in several traditional Chinese disciplines as well as Western-inspired fighting styles, yet somehow managed to avoid any stigma or Asian prejudice as he sought to find a place for the Chinese within the film industry.

For all that talent, it still would not be enough for many other actors to become a universally recognized icon of film and martial arts fifty years later, and after just a handful of professional films. So, what was different about Bruce Lee? We have a few suggestions:

An Ambassador for Martial Arts

Before Bruce Lee, martial arts were typically seen as a dangerous pastime that should not be taken up in most Western nations. Lee demonstrated that his training had been hugely beneficial – not only could he defend himself if needed, but he could do so with style.

Bruce Lee used the best parts of several martial arts to create his own fighting style, including elements of boxing, fencing, judo, and kung fu. Today, what he called “scientific street fighting” is typically taught as simply “self-defense”; in Lee’s day, these techniques seemed old-fashioned and unusual, whilst many regard them as essential skills today.

One of the First Action Heroes

There is no question that martial arts can be a dangerous pursuit, a fact which led many directors during the early years of Hollywood to play it safe when it came to on-screen combat. Whenever two fighters were involved in a potentially dangerous scene it was normal for scenes to be stiff, unconvincing; perhaps even polite.

Lee wanted on-screen fights to look realistic, highlighting both the elegance and brutality of real-world street fighting. Watch an early Bruce Lee film, then skip forward to a 1990’s action flick such as The Matrix, and it is easy to see where the inspiration for those famous “bullet-time” sequences came from.

Bruce Lee probably did not realize it at the time, but his portrayal as a lone man who seems like a regular guy yet turned into a one-man army when threatened was adored by the filmmakers in Hollywood. He was an action hero before we had action heroes.

The Father of Free-Running?

Free running, sometimes called Parkour, is a mix of exercise routine and sport that is practiced on city streets utilizing whatever furniture is out there to move from one place to another as quickly and smoothly as possible. It sounds a little strange, but it’s bigger than you think – tens of thousands of youngsters round the world have embraced free running, and there have even been attempts to bring it to TV with shows such as World Chase Tag.

Bruce Lee used lots of the same techniques in his sequences on the big screen, moving from one place to another with fluidity and efficiency. There are thousands of Parkour gyms and schools in dozens of countries today, and you are unlikely to find a single student at any of them who would not appreciate the style of Bruce Lee.

Western cinemagoers had never seen the style of fighting employed by Bruce Lee before his films, and it left many of them speechless. In the days before Marvel and Detective Comics begun to make a splash on the silver screen, Bruce Lee was a superhero without a costume.

In fact, Marvel even went as far as producing a series of Bruce Lee-inspired comic books known as The Hands of Kung Fu, and Iron Fist. Outside of comics, Lee’s superhuman-like fighting and physical abilities saw him appear in almost every avenue of popular culture.

Take Capcom’s smash-hit videogame series Street Fighter, for example; the character known as Fei Long first appeared in Super Street Fighter 2 and has been a regular on the roster ever since, with little attempt to hide the fact that he was obviously based on Bruce Lee. And it isn’t just Street Fighter – every fighting game franchise seems to have a Bruce Lee style character.

What more can we say? The world was robbed of a star when Bruce Lee died at the age of just 22, but his legacy lives on in our comics, movies, videogames, and other aspects of pop culture. It’s just sad that we will never know how much more Lee could have given the world if he had not passed away at such a young age.

The Top 10 Most Expensive Celebrity Cars Ever!