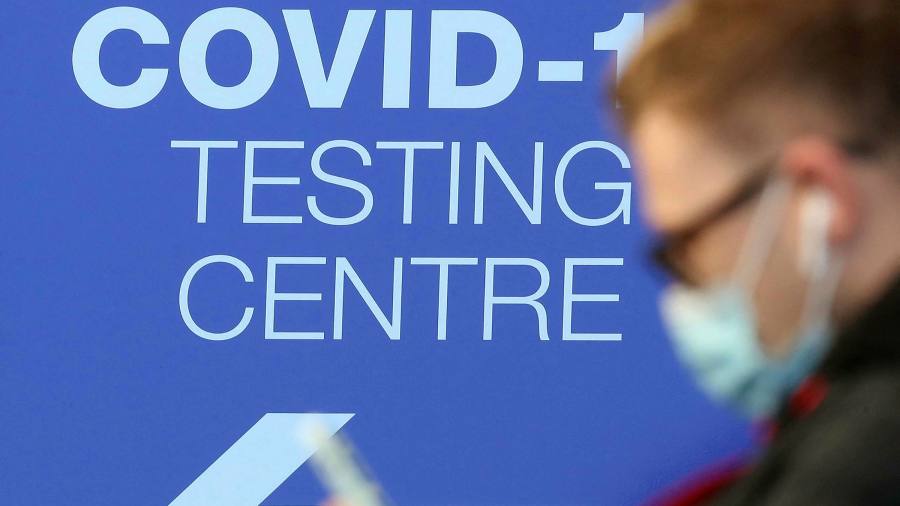 Free Lunch is about to take a break for the summer, and will be back in the second half of August. Rather than promising you a “what did I do for my summer holiday” note when I’m back, I will devote today’s article to a theme related to travel and holidays — at least if you are attempting the cross-border sort during this second pandemic summer.

A few years ago I wrote about a humble service I found useful to make sense of differences between economies: the car wash. Depending on the country (or indeed the period in time), are you more likely to find your car washed by automated giant roller brushes or a by a group of low-paid men armed with rags and spray bottles? The answer can tell us a lot about different models of capitalism, in particular, whether they are organised around the intensive use of low-productivity work or based on increasing productivity by substituting capital for labour.

I keep looking out for analogous examples — Free Lunch readers, do send me yours — and on a recent trip I collected a new one. Suitably enough, it involves an economic activity that has boomed in the pandemic: coronavirus testing.

Having obtained an EU digital Covid-19 certificate, I recently managed to do a quick trip from London to Oslo to check in on family there I hadn’t seen for a year and a half, without having to quarantine on entering Norway. On the way back, I needed to get a test before departure and several times after returning to respect the UK quarantine requirements and secure a release from self-isolation rules upon a negative test on the fifth day after travelling.

So here is a tale of two PCR tests. The first, I booked in downtown Oslo with a promised one-to-two-day turnround; the second, near King’s Cross station in London with a 24-hour guarantee. Online booking was equally simple for both — though the one in Oslo cost only NKr800 (£65), while the one in London cost twice as much at £129.

The bigger difference, however, was in the test centres themselves. The spaces were both small-sized operations in what would previously have been compact shop fronts or street-level offices. In Oslo, a single staffer manned the reception, checked me in and took the swab. The only “paperwork” involved double-checking my national identity number and confirming verbally the absence of symptoms and my travel history. The London centre was rather more involved. It had a security guard locking and unlocking the door, a receptionist checking me in and a medical staffer taking the swab. Before he could do that, I had to manually fill in a long paper form repeating all the information I had already entered when booking.

And the results? Both came back swiftly; the Norwegian one after 21 hours and the UK one after eight. The UK test result was sent via email. The Norwegian one came with a text alert that it was available on the country’s public health portal; this had the added benefit that my (negative) result was automatically added to my EU certificate, which might have been useful had I been going anywhere else in Europe but the UK.

The contrast I want to focus on is how, for a basically identical product, the activity seemed much more wastefully organised on the UK site. It had three employees versus one, yet the demand on the day was similar (there was one other person getting tested). The paperwork meant the whole visit took me three times longer if not more. These are big differences — too big, I think, for them to be seen within one economy. So they must reflect differences between the economic structures of the two countries.

This could, of course, be a completely unrepresentative experience. But suppose it wasn’t; suppose it captures roughly the differences in how the private PCR testing industry is organised in the two countries? If so, what lessons should we draw from them?

First, that labour productivity matters enormously. If a service can be delivered by one person instead of three, that person can be paid three times as much (or the service can cost half the price and the worker still earns 50 per cent more, which I suspect was the case here). The lesson from my original car wash parable holds up here too.

Second, this runs both ways. High wages force businesses to make each job earn its keep; in other words, raise labour productivity. The one staffer standing in for three is an illustration of that.

Third, however, this is not really about making fewer workers do more things. On the contrary, it is about workers doing less. The automation of the paperwork in the Oslo testing centre meant the administrative tasks for the staffer taking the swab were reduced to a minimum. That meant a larger share of an overall smaller number of labour hours could be spent on the more skill-dependent and higher value-added medical task.

Fourth, remember the security guard. The UK provider deemed one necessary. The Norwegian provider, not. This is a simple illustration of the economic value of trust, which, as the chart below from the latest World Values Survey shows, is in shorter supply in the UK.

There are many things I am unable to take into account here. The rent for the testing centres may be very different, for example. Or there may be significant subsidy and tax differences of which I am unaware. Or one place may need to plan for different demand patterns over time that a snapshot experience does not capture.

Still, the similarities with my well-worn car wash example are striking. Do Free Lunch readers think the same? Do share your thoughts — and if you come across other examples of such differences during what I hope will be a relaxing break, send them my way.

Europe Express — Your essential guide to what matters in Europe today. Sign up here

Unhedged — Robert Armstrong dissects the most important market trends and discusses how Wall Street’s best minds respond to them. Sign up here

Britain undermines its own case in Northern Ireland