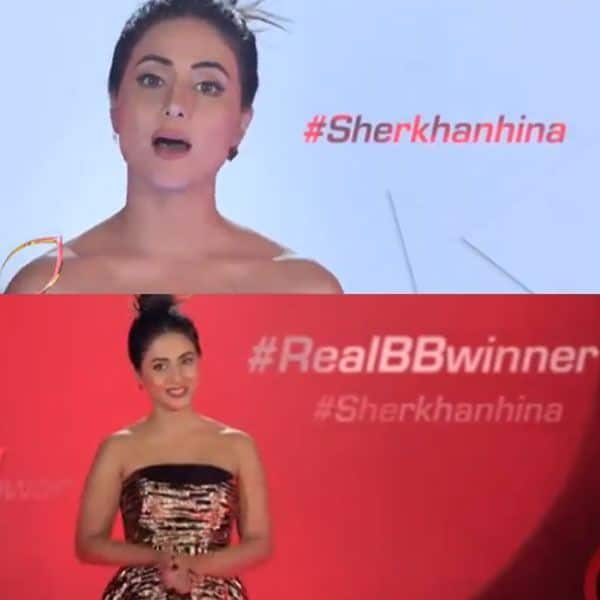 Bigg Boss 14 will begin on October 3. The show has been one of the most awaited shows of the year. This year the show will be completely different from the previous season due to the coronavirus outbreak outside. The promos of the show have been out now and fans are even more excited. Yesterday, Bigg Boss 13 winner Sidharth Shukla and Bigg Boss 7 winner Gauahar Khan’s promo videos released. It was a treat to watch the most loved winners of the show. They both have played their games well and are considered as the most deserving amongst all the winners. Now, Hina Khan’s promo video is out. Hina Khan was a part of Bigg Boss 11 and unfortunately, she could not win the finale against Shilpa Shinde. However, many were disappointed with the results and wanted Hina Khan to win the show. Fans gave her the title of real winner of Bigg Boss 11. Also Read – Bigg Boss 14 PROMO: After Sidharth Shukla and Gauahar Khan, Hina Khan shares her excitement for the new season

In the recent promo of Bigg Boss 14, we see Hina Khan talking about her Bigg Boss journey. She spoke about maintaining friendships to giving it back to backstabbers and proved why she was called as SherKhan in the show. Hina Khan said that the tables have turned now and that she is excited for Bigg Boss 14. Take a look at the promo here: Also Read – Bigg Boss 14: Contestants will not have physical tasks and double beds; pictures of the house LEAKED

This season will be totally different. According to an Instagram page, biggbosskhabri, this season there will be no double beds for a few weeks. The contestants will not be allowed to share beds for the first few weeks after their entry. The contestants will have to go through a coronavirus test every week. It is also reported that in the first few weeks there will not be any physical tasks so that the contestants stay away from each other. They will not be allowed to use each other’s vessels as well. Bigg Boss 14 house is said to have a mini theatre, mall, restaurant corner, spa amongst many other things. Also Read – Bigg Boss 14: Yeh Hai Mohabbatein fame Ribbhu Mehra to enter Salman Khan’s controversial reality show?