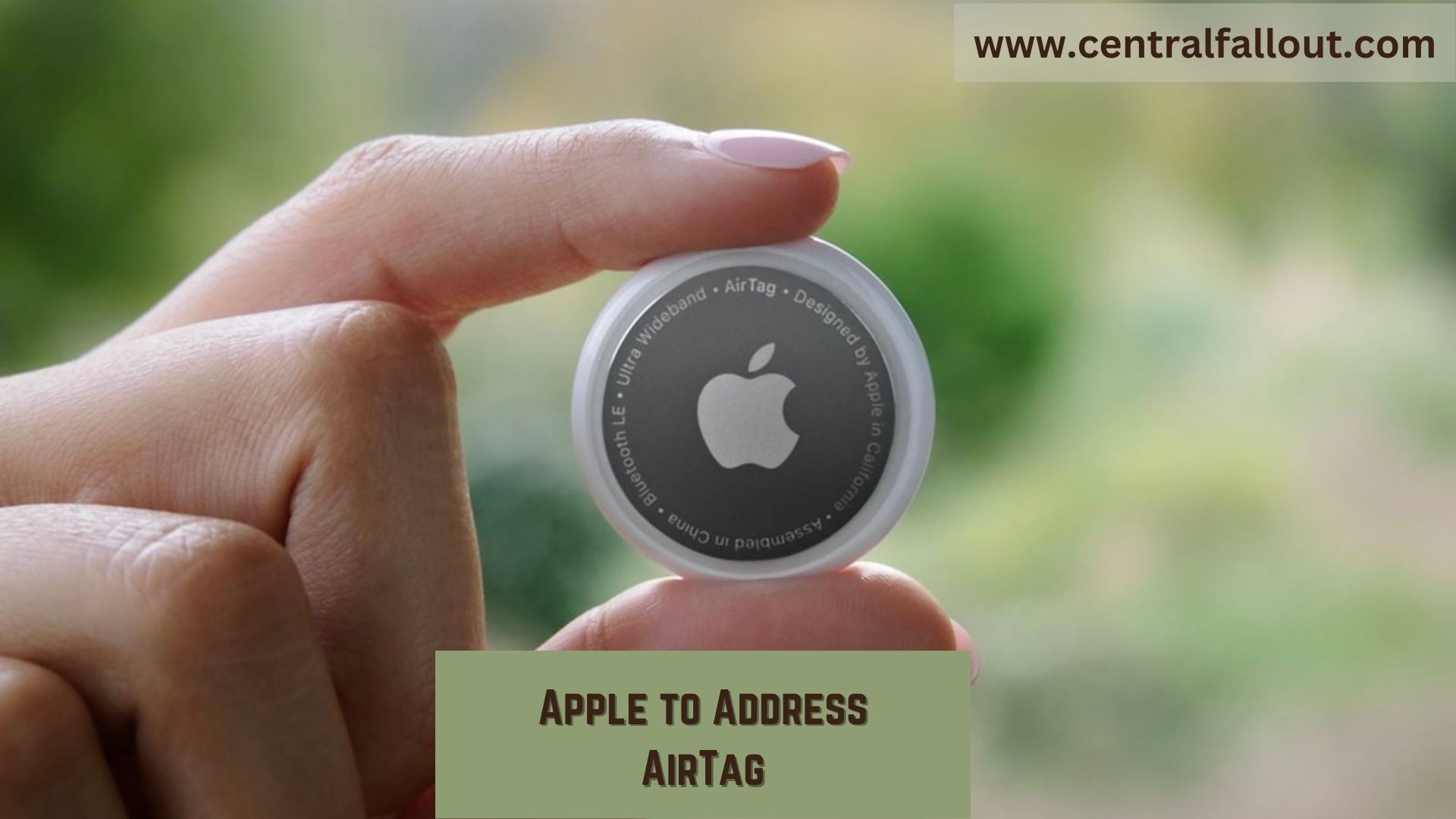 Apple to Address AirTag Whether you’re a woman who’s seen an ex appear everywhere and at any given time, or a man who’s seen his wife appear whenever he’s gone out, seeing an AirTag on the person can be a major red flag. If you’re concerned about the potential dangers of AirTag stalking, you’ll be glad to know that Apple is taking steps to address the issue.

Apple to Address AirTag : Tracking someone without their knowledge is illegal in many parts of the world

Using AirTag tracking devices to stalk other people is illegal in many places. The devices are marketed as a cheap way to track things, but some people claim they’ve been used for sinister purposes.

A Connecticut man was arrested for placing an AirTag on his ex-girlfriend’s car. The woman reported the incident to police when she got home.

Several people have also contacted police because they thought they were being tracked by an AirTag. In one case, a woman found a stranger’s AirTag hidden in her coat. Another woman was notified by her iPhone that she was being tracked.

The AirTag is a small Bluetooth tracking device that can be held up to an NFC-capable smartphone. It is designed to help people locate lost items and pets. It can also be used to find a parked car.

Apple recently announced a series of updates to its AirTag tracking devices. The updates include safety features and software. In addition, Apple will notify users that using the device without their consent is illegal in many countries. It will also include a serial number, which can be used to locate the owner.

Tracking devices are used by parents to track their children’s movements, and by private investigators. They can also be used by employers or commercial motor carriers to track employees. The devices cost $30 each.

Apple to Address AirTag: Finding the exact location of an AirTag

Using your iPhone, you can find the exact location of an AirTag. This is a great way to get assistance in finding lost items.

Precision Finding with your AirTag and iPhone works by using ultra wideband (UWB) technology to detect items. This technology is more precise than Bluetooth and regular Bluetooth devices, which identify generically. It also provides visual and audible guidance through sound.

AirTags work in both urban and suburban areas. They have built-in speakers, so you can hear them even if you’re not in close proximity to them. When an AirTag is in range, you’ll be alerted with an audio alert.

You can also use the Find My app to locate your AirTag. When the device is near you, you’ll be given a map and directions to the location. This can be especially helpful if you’re in a tight space. You’ll also be given the last four digits of the AirTag owner’s phone number.

Apple also introduced new security measures for AirTags in early 2022. These new measures alert you early if an unknown AirTag has been following you. You can also use a Bluetooth tracking app to check for hidden AirTags in your car.

In addition to finding your AirTag, you can also use your Apple device to locate other Apple devices. You can do this by tapping the “Find” button on the Find My app. This opens the Items tab. Select the AirTag you want to locate and tap “Find.” You’ll be given directions from your current location and a map of your route.

Apple to Address AirTag: Seeing exes appear wherever and whenever they go out was a major red flag for several women

Seeing your ex-boyfriend or girlfriend pop up wherever and whenever they go out can be a major red flag for many women. However, you may not know how to spot these signs. Here are some tips to help you.

The first step is to look at what’s going on. It may be a bit more complicated than just looking at their social media accounts.

For example, if they are regularly canceling dates or showing up late to events, it’s a sign of something a bit more serious. They may be hiding something from you, or perhaps they are simply trying to avoid the relationship altogether. If they do this often, you’ll need to ask yourself if it’s a legitimate excuse.

The second step is to evaluate the relationship. If they are constantly fighting, you may want to step back. The last thing you want is to have to deal with a revolving door of breakups.

If your partner is constantly posting selfies, it may be an effort to garner attention, or it could be a sign of cheating. While some of these are fun to watch, there’s a difference between a couple of selfies and a full-blown affair.

The first step is to figure out whether the other person is really into you. You can’t tell just from looking at them, so it’s best to keep an open mind.