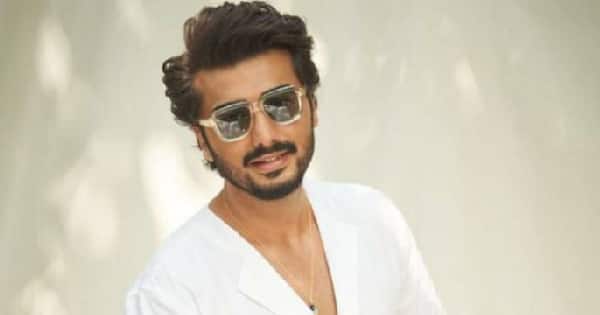 Arjun Kapoor sported chiseled abs in his debut film Ishaqzaade. But ever since then, the actor has been struggling with weight. He got trolled quite often for the same. However, his recent transformation came as a tight slap on the faces of all those who trolled him. The actor has gone all lean and turned an inspiration for many. In his recent interview, Arjun Kapoor opened up on why it is difficult for him to achieve quick results. Also Read – Filmy Friday: When Shahid Kapoor reprimanded Arjun Kapoor for his comment, ‘Ishaan Khatter keeps buzzing around Janhvi Kapoor’

To Bombay Times, he stated that he suffers through a health condition that makes it difficult for him to transform quickly. He stated that it is a slow process for him and it put all his focus for the past one year on achieving a fitter body. “Not many know, but I have been battling obesity for the longest time. I was just not a fat kid, it was a health issue. It hasn’t been easy. My underlying health condition has always made it a struggle for me to constantly stay a certain size. While I have been criticised a lot for my physique, I have taken it on the chin because people expect actors to be seen in a certain body type. I understand that. They haven’t understood the struggle that I have gone through and it’s alright. I have to only prove it to myself and to people who believe in me,” he said. Also Read – Ek Villain Returns: Tara Sutaria turns the ‘villain mode on’ as she starts shooting for the John Abraham-Arjun Kapoor starrer – view BTS pic

He further added, “My condition makes it difficult for me to achieve quick results. The transformation people can achieve in a month, it takes me two months to do that. For a year, I have single-mindedly focused on myself to achieve my current body type and I desire only to get fitter and better.” Also Read – From Ranveer Singh to Hrithik Roshan: 8 Bollywood stars who’s luxury cars are as hot as they are!

Indeed, Arjun is an inspiration to many who are going through the same. Nothing is impossible!

Olympic Games: The daring escape sparked by one forbidden glance

NHL Draft prospects 2021: Ranking the top 32 players overall on the big board