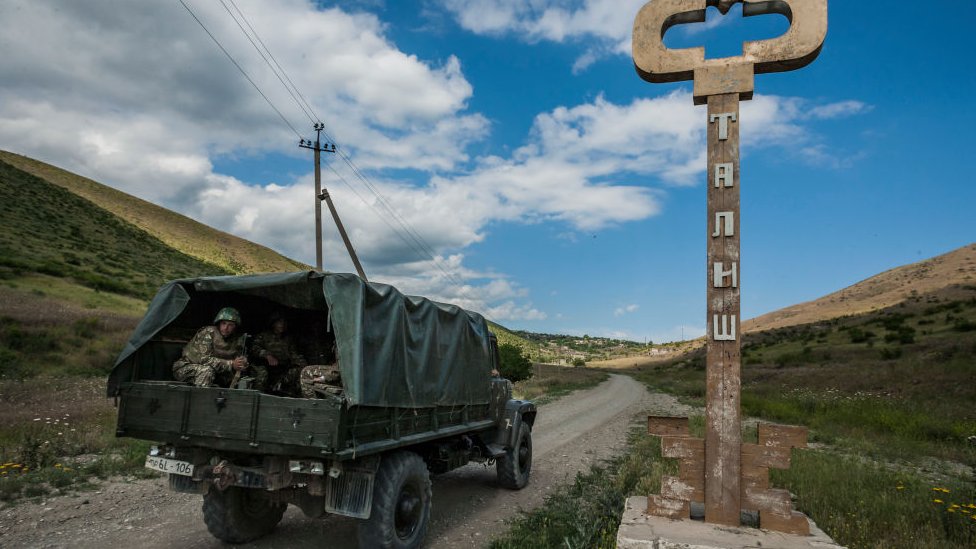 Clashes have broken out between Armenian and Azerbaijani forces over the disputed Nagorno-Karabakh region.

Azerbaijan said Armenia had started a massive shelling campaign along the whole line of the front.

The long-running conflict has flared up again in recent months.

Both Armenia and Azerbaijan were part of the Soviet Union before its collapse in 1991.

For four decades they have been stuck in an unresolved conflict over Nagorno-Karabakh, internationally recognised as part of Azerbaijan but controlled by ethnic Armenians.

Tensions last flared into conflict in 2016, with the countries clashing over the disputed territory for four days.

The Organisation for Security and Co-operation in Europe (OSCE) has long been trying to mediate a settlement of the conflict, with diplomats from France, Russia and the US – making up the OSCE Minsk Group – trying to build on a ceasefire.