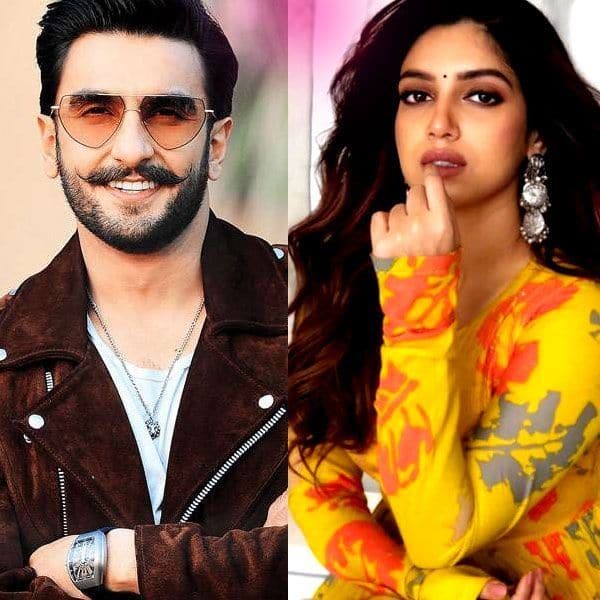 Well, we all know before making her acting debut, Bhumi Pednekar was an assistant casting director of YRF. In a candid chat during her appearance in No Filter Neha, the Sonchiriya actress spoke how Ranveer Singh blew away her mind with his acting skills while auditioning for Band Baaja Baaraat and got her intimidated. When asked her to suggest a profession for the live-wire Bajirao Mastani actress, Bhumi said he can be a ‘Sex Upchaar doctor’ as she thinks Ranveer will have some great hacks. Well, we are sure that this answer of Bhumi has left everyone is splits. Also Read – Bhumi Pednekar suggests a profession for Ranveer Singh; says he can be a ‘Sex Upchaar doctor’

On the work front, Bhumi Pednekar will be next seen in Durgavati, which is the remake of Anushka Shetty starrer Telugu hit Bhaagamathie. Talking about it, Bhumi said, “Durgavati is going to take me in horror space. It is the most challenging and special film for me as it is for the first time the responsibility will be on my shoulders. Durgavati is something I’m most pressured and excited about. Akshay sir is a genius, I respect him.” Directed by Ashok, the film is produced by Abundantia Entertainment’s Vikram Malhotra. Also Read – Monday Memes: Deepika Padukone’s alleged involvement in the Bollywood drug nexus ushers in a meme fest

On the other hand, Ranveer Singh will be next seen in ’83, which also features wife Deepika Padukone in a key role. Talking about the actress coming on board, director Kabir Khan earlier told us in an exclusive interview, “I think the background, the fact that her dad, Prakash Padukone was a sports superstar, that influenced her very strongly. It wasn’t because Deepika had agreed to do the film that I wrote the role. Deepika liked the role, and that’s why she agreed to do the film. We never initially intended it that way (Deepika being a part of the film), and as Deepika said, there’s a certain support role that the family plays, and I wanted to capture that, which is why I wrote the character of Romi, and when I narrated it to Deepika, I knew it was a small role. So, I said to Deepika, ‘Just listen to the film. If you like it, you’ll come on board, if not, you won’t come on board. She heard the film, and she knew it was about the team and the boys and Kapil. But, she just loved the script and so, she came on board.” Also Read – Deepika Padukone likely to be posed with 20 questions from the NCB