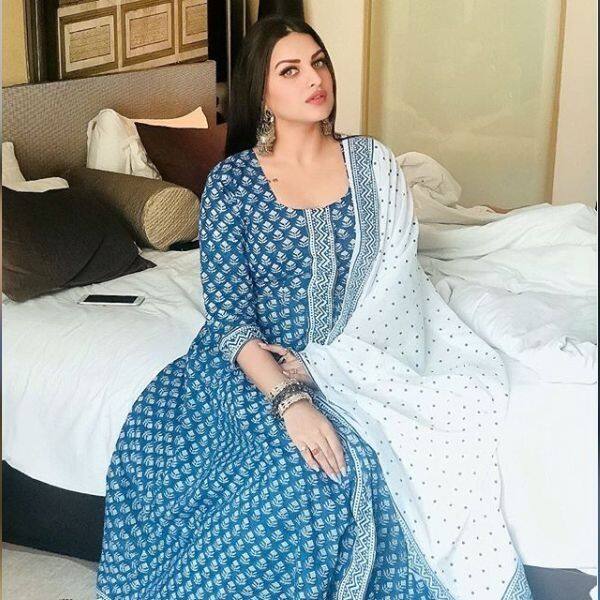 Bigg Boss 13 contestant Himanshi Khurana had recently revealed on social media that she has tested positive for coronavirus. She also had advised those in close contact with her to get tested for the same. Himanshi Khurana tweeted, “I want 2 inform u all dat i hv been tested positive 4 covid-19 even after taking proper precautions . As you all know that I was the part of the protest day before yesterday & d area was crowded so I thought to get d test done before I go for my shoot today evening.” The actress was home-quarantined and was under the consultation of the doctors. However, as per reports in Spotboye, Himanshi Khurana has been rushed to a hospital in Ludhiana (Punjab) as she is down with 105 degree fever and her oxygen saturation is also low. Also Read – Bigg Boss 13’s Himanshi Khurana rushed to the hospital days after testing POSITIVE for Coronavirus?

A source close to the entertainment portal informed them about the same. The source said, “Himanshi who got tested positive for Covid-19 on saturday evening was home quarantined but this morning she had to rush to the hospital as her oxygen saturation level went really low and she had 105 temperature. Hence via ambulance the actress had to shift from Chandigarh to Ludhiana. And now she is under doctor’s observation. ” Well, we wish Himanshi Khurana a speedy recovery. Himanshi Khurana along with celebs like Diljit Dosanjh, Ammy Virk and Gippy Grewal joined demonstrators in protests against the new Farmers Bills that have been passed in the Parliament. She said that she stands with farmers. Also Read – ‘Please stop sending cakes,’ Shehnaaz Gill requests fans as they celebrate #JabSidNaazMet by showering her with presents

She had been battling bad PCOS of late too. The singer revealed that she will go in for surgery soon. Himanshi Khurana told The Times Of India, “During PCOS, your body weight keeps fluctuating. Sometimes you lose so much weight and sometimes you gain a lot of weight.” It seems her situation gets so bad that she has to use oxygen cylinder for to maintain her blood pressure. Also Read – Bigg Boss 14: From Sidharth Shukla-Asim Riaz’s intense fights to the turbulent journey of Rashami Desai, 7 reasons why people are unable to get over Bigg Boss 13