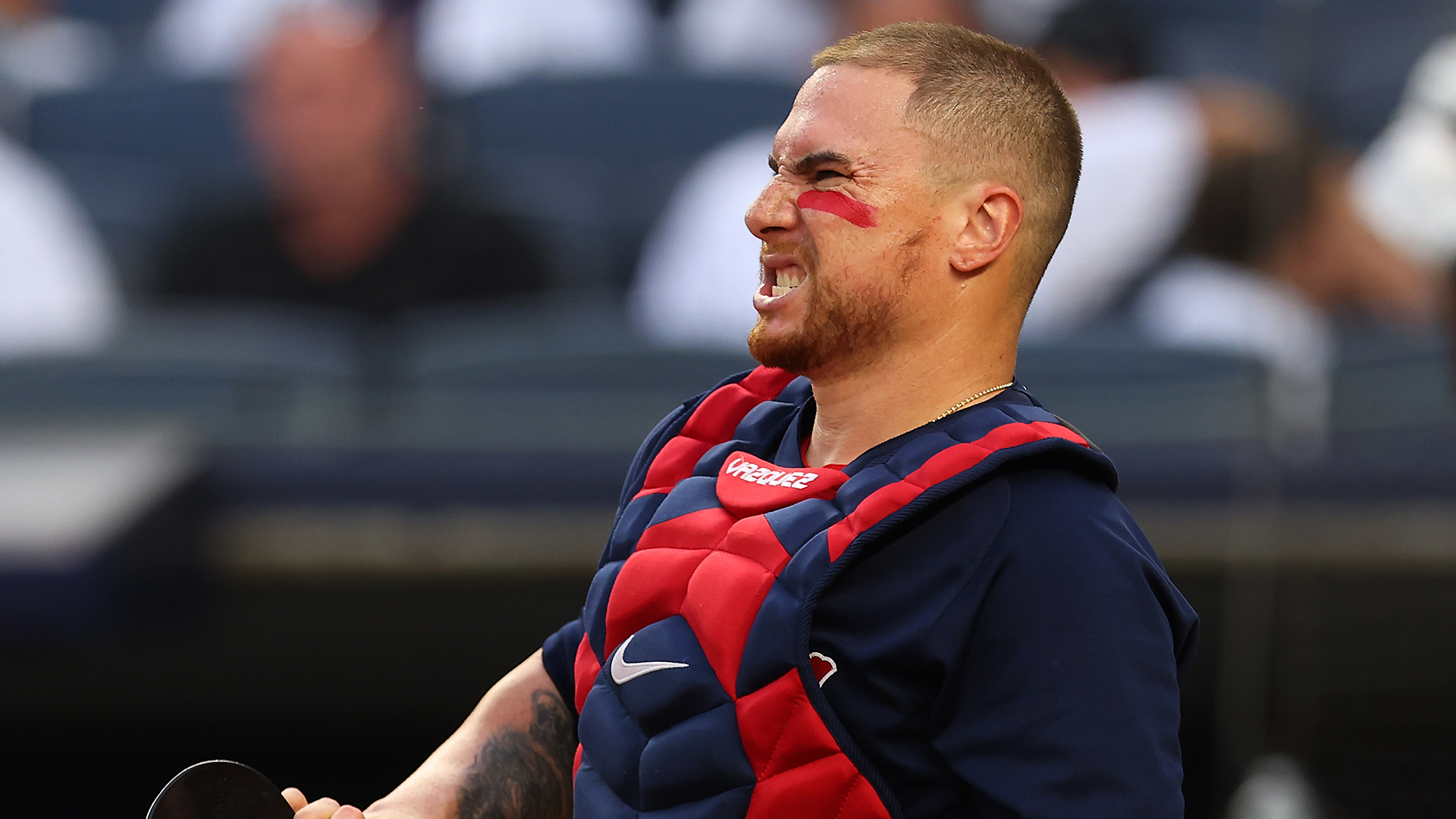 Sunday night’s game between the Red Sox and Yankees was paused for a few minutes after an unexplainable light appeared in center field.

The incident occurred during DJ LeMahieu’s at-bat during the bottom of the seventh inning. After the second pitch of the at-bat, Red Sox catcher Christian Vazquez could be seen standing up and talking with the umpire. Play resumed, and after the third pitch Vazquez shot up and pointed to the outfield. That’s when the umpire paused play.

The rest of the umpiring crew got together and could be seen pointing to the outfield. After some discussion, it appeared as if the light went away on its own considering that the game resumed. But the mystery remained.

The broadcast continued to discuss the light, and eventually was able to find the source through replay. It appeared as if the bright light was coming from a fan in the stands. And the fan was located directly in the “Batter’s Eye Deck.”

But while the broadcast focused on the bright light, apparently coming from the fan, there was also another light visible in replay. When the camera panned over, a much smaller light could be seen below on the right side. The light appeared to be in sync with the bright light, so it’s possible that it was just a reflection.

MORE: Boston’s Alex Verdugo on fan throwing ball at him: “We’ve got to clean it up”

Whatever the case, both teams were confused as to what was going on.

“They said a red light was what they saw somewhere in the batter’s eye,” Boone told reporters after the game. “Gary (Sanchez) said something about it and that it happened to him when he was catching as well. I didn’t even know where it came from but they said there was a red light that flashed up there.

“I have not gotten the full explanation, though, so I have no idea.”

“It was a light, like a spotlight, coming from above the monuments,” Cora said. “They have the windows. There was a red light flashing in between pitches. Then it was white. But no big deal, to be honest with you. But (Vazquez) noticed it right away in the LeMahieu at-bat.”

Some fans, and even the broadcast, seemed to hint that there was something nefarious was going on, such as sign-stealing. But both teams were confused by the issue, and neither accused the other of cheating. Maybe there will be an explanation in the future, but for now this is just a weird thing that happened.

Who is the Tonga flag guy? Shirtless flag bearer is back for 2021 Tokyo Olympics, sets internet ablaze

World War Z 2 movie Release date, Star cast and Everything that one should...