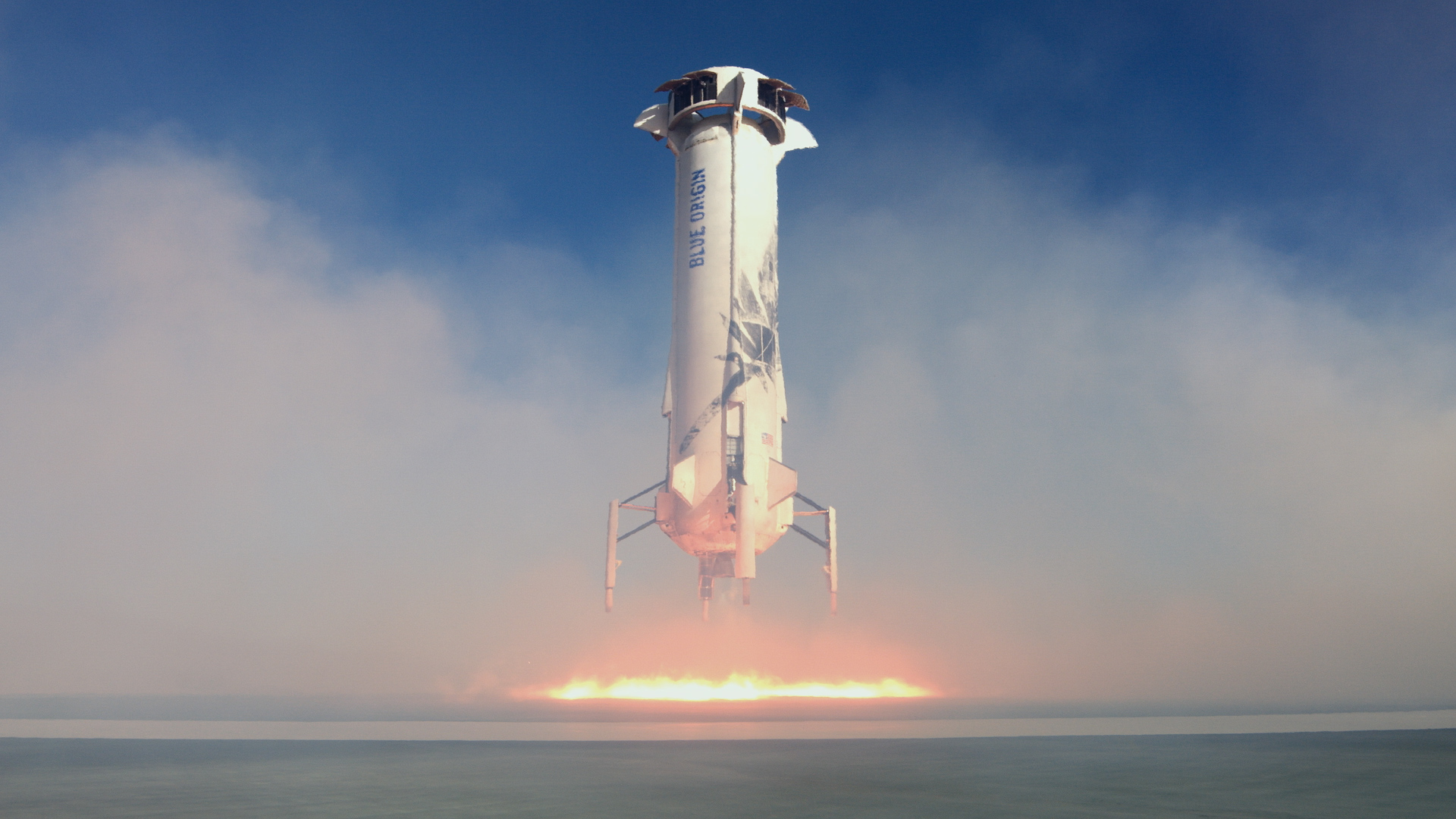 Blue Origin will launch its New Shepard suborbital vehicle on an uncrewed test flight Tuesday morning (Oct. 13), and you can watch the liftoff live.

New Shepard is scheduled to launch from Blue Origin’s West Texas site Tuesday at 9:35 a.m. EDT (1335 GMT; 8:35 local Texas time) on a mission known as NS-13. You can watch it live here at Space.com, courtesy of Blue Origin, or directly via the company, which is run by Amazon founder Jeff Bezos. Coverage will begin 30 minutes before liftoff.

New Shepard is composed of a rocket and a capsule, both of which are reusable. The booster comes down for powered vertical landings similar to those performed by the first stages of SpaceX Falcon 9 orbital rockets, and the capsule makes soft, parachute-aided touchdowns. Tuesday’s flight will be the seventh test mission for this particular vehicle, the 13th for the program overall (hence the name) and the first New Shepard launch since December 2019.

Tuesday’s flight was originally scheduled for late September, but a power glitch nixed that attempt.

Blue Origin is developing New Shepard to carry payloads and paying customers on brief trips to and from suborbital space. Though no passengers will be aboard on Tuesday, there will be plenty of payloads — a dozen, as a matter of fact.

One of them is NASA’s Deorbit, Descent and Landing Sensor Demonstration, which will test landing technologies for the space agency’s Artemis program. Artemis aims to land two astronauts on the lunar surface in 2024 and establish a long-term, sustainable human presence on and around the moon by the end of the 2020s.

Blue Origin has strong Artemis connections. The company leads the “National Team,” one of three private groups developing a candidate human landing system for the program. (SpaceX and Dynetics are the other two.)

Other NS-13 payloads also include new technologies for keeping spacecraft electronics from overheating and a system for growing plants in microgravity. The mission will also carry thousands of postcards submitted via Blue Origin’s nonprofit organization, Club for the Future, as the December 2019 New Shepard mission did.