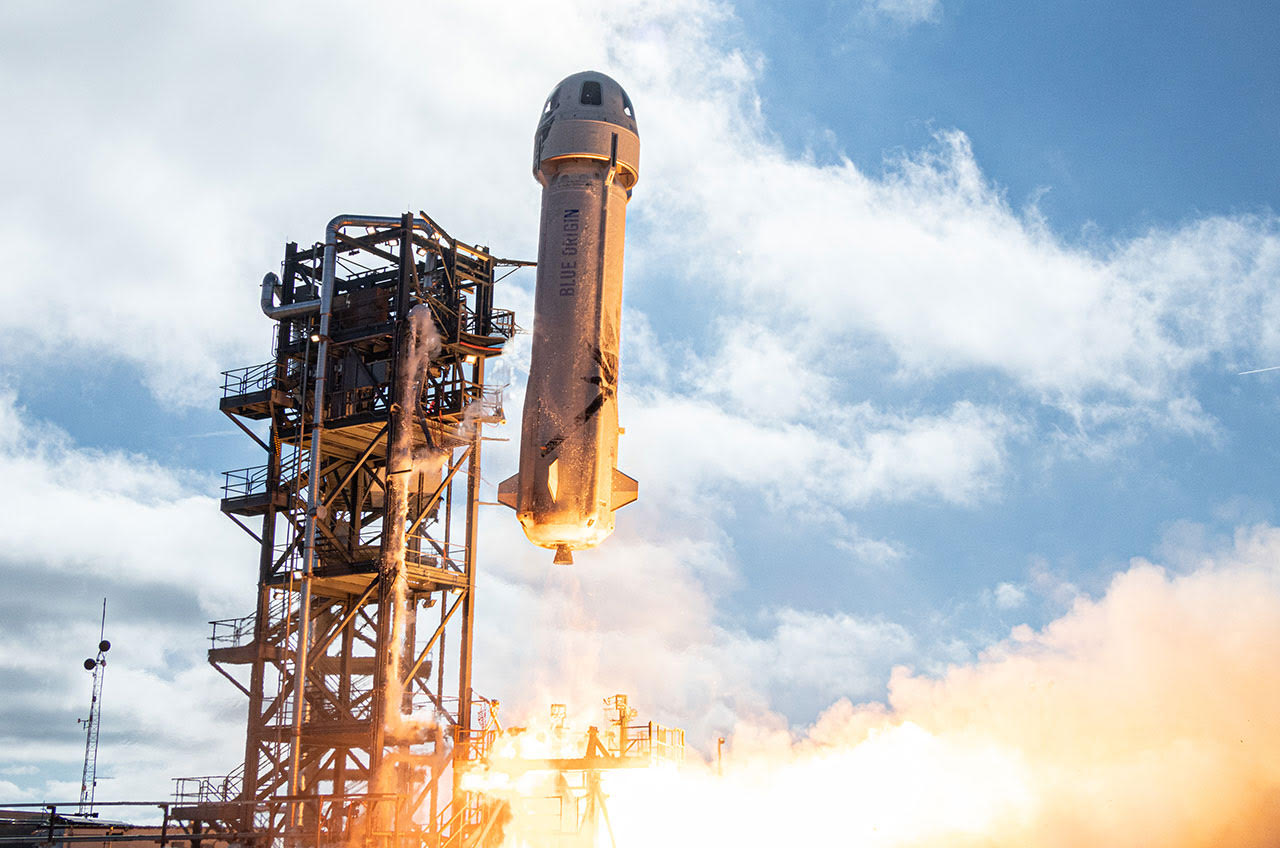 Update for 12:18 am ET: Blue Origin has scrubbed Thursday’s launch attempt of the NS-13 New Shepard launch due to a payload power supply issue. A new launch date will be announced once available.

Blue Origin’s reusable New Shepard spacecraft will take to the skies this week for the first time in nine months.

New Shepard, which is designed to ferry people and payloads to suborbital space and back, will launch on an uncrewed test flight today (Sept. 24) at 11a.m. EDT (1500 GMT) from Blue Origin’s Texas location, company representatives announced today (Sept. 22).

You can watch the flight, which is called NS-13, live here at Space.com, courtesy of Blue Origin, or directly via the company, which is run by Amazon.com founder Jeff Bezos.

The suborbital flight will be the seventh for this particular vehicle and the 13th for Blue Origin’s New Shepard program overall. Thursday’s liftoff will also be the first launch for the company since December 2019, when this same New Shepard vehicle launched on its sixth test flight.

New Shepard will carry 12 payloads on the upcoming flight, including NASA’s Deorbit, Descent and Landing Sensor Demonstration, which will be mounted to the vehicle’s exterior. This instrument will test landing technologies for NASA’s Artemis program, which is working to put two astronauts on the moon in 2024 and establish a sustainable human presence on and around the lunar surface by the end of the decade.

“The experiment will verify how these technologies (sensors, computers, and algorithms) work together to determine a spacecraft’s location and speed as it approaches the moon, enabling a vehicle to land autonomously on the lunar surface within 100 meters of a designated point,” Blue Origin representatives wrote in an update today.

“The technologies could allow future missions — both crewed and robotic — to target landing sites that weren’t possible during the Apollo missions, such as regions with varied terrain near craters,” they added.

These technologies will also be tested on another New Shepard flight in the future, Blue Origin representatives said.

Other payloads on board Thursday’s flight include a system for growing plants in microgravity; gear designed to help probes anchor to asteroids and other small bodies in new ways; and new tech for keeping spacecraft electronics from overheating.

Like the NS-12 flight in December 2019, NS-13 will also tote thousands of postcards submitted via Blue Origin’s nonprofit organization, Club for the Future. Some of the postcards going up on Thursday’s launch will feature an Artemis stamp, Blue Origin representatives said.

New Shepard consists of a rocket and a capsule, both of which are reusable. The rocket comes back to Earth for a powered, vertical landing, like the first stages of SpaceX’s Falcon 9 orbital rockets, and the capsule makes soft, parachute-aided touchdowns.

New Shepard will eventually fly paying customers to and from suborbital space, if all goes according to Blue Origin’s plan. That could start happening relatively soon, though New Shepard has yet to conduct a crewed test flight.