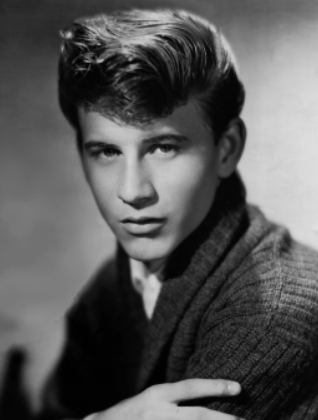 Bobby Rydell famous american singer and actor the teen heart throb of the 1960s who starred in the musical comedy “Bye Bye Birdie” in 1963, is passed at the age 79. Bobby Rydell real name Robert Louis Ridarelli was born April 26, 1942.

Rydell’s death was verified by radio veteran Jerry Blavat, a longtime friend from the singer’s hometown of South

Philadelphia. “He had the best pipes and was the greatest entertainer” of all the kids from that age, Blavat recalled. He was the kindest guy, told the funniest stories, and did the best impersonations.”

Bobby Rydell’s cause of death was pneumonia . He died just weeks before his 80th birthday on April 26th on Tuesday.

He also had a double organ transplant in 2012 to replace his liver and kidney and was back on stage in six months.

CBS3’s Ukee Washington in Philadelphia posted the news on social media. “A Philadelphia Music Legend… has gone away.” “Prayers of comfort, strength, and love to Bobby Rydell’s family and fans,” he posted on Twitter. 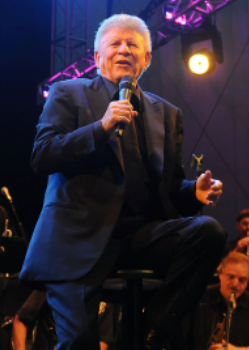 Robert Louis Ridarelli, who starred opposite Ann-Margret, Dick Van Dyke, and Janet Leigh in the Oscar-nominated “Bye Bye Birdie,” was known for hip-swinging rock & roll hits like “Volare” and “Wild One.”

Rydell was inspired to sing “Wildwood Days” while visiting the bustling shores of nearby Wildwood, New Jersey. Several streets in Philadelphia and Wildwood are now named after the hometown hero. He was said to have grown up in the same areas as Frankie Avalon and Fabian, two other famous singers of the time.

In a 2016 interview, he described “Wildwood Day’s” as “the national anthem of the [New Jersey] Shore,” calling it “the perfect encapsulation of his own life.” However, he said that “Volare” is “my walk-in and walk-off music” for the majority of his fans.

He also shot down claims that he was a rocker from his generation.In the same interview, Rydell stated, “I was not really a rock-and-roll vocalist.” “You have to do it in order to make it.” “I’m a big fan of the American Songbook.”

He spent much of his career touring with fellow Philadelphian teen idols Frankie Avalon and Fabian as part of The Golden Boys stage production, selling more than 25 million records.

Paul McCartney reportedly claimed Rydell’s “Swinging School” as the inspiration for the Beatles’ “She Loves You,” specifically the lyric “yeah yeah yeah,” which Rydell had used in the 1960 song “Swingin’ School.”And the character Rydell High from the film “Grease” is a tribute to Bobby, who has said that bandleader Benny Goodman was an inspiration to him after witnessing him perform with his father when he was a boy. “I’m not sure what his name is, Daddy, but I want to be that guy.” Rydell informed his father, “I want to be that drummer.”

Many fans will remember him for a dance scene with Ann-Margret in “Bye Bye Birdie” to the tune “A Lot of Livin’ To Do.” The irony was that he didn’t consider himself a hoofer.

“I’ve never been a dancer.” And by that, I mean I’ve never turned on the water. In a 2020 interview, he remarked, “I wasn’t a soft-shoe type of guy, but I was always a fairly excellent mover, and everything in ‘Bye Bye Birdie’ is all moves.” “The shoulders, the legs…,” says the narrator. That took two weeks to practise and another two weeks to film. With all these varied camera angles and close-ups, it was a very intense number.”

When his memoir, “Bobby Rydell: Teen Idol On The Rocks: A Tale of Second Chances,” was released in 2016, he told an interviewer that performing was in his blood since he was a child.

Rydell, who appeared on variety shows presented by Red Skelton, George Burns, Jack Benny, and Danny Thomas, remarked, “It’s been my life since like 7 years old.” “I can’t say I’m unhappy with my job. You know, there have been ups and downs, peaks and valleys, and so on. But I’ve made it through it all and am continuing to do what I love.”

South Carolina Shooting: Find out What Happened to Jamari Cortez?