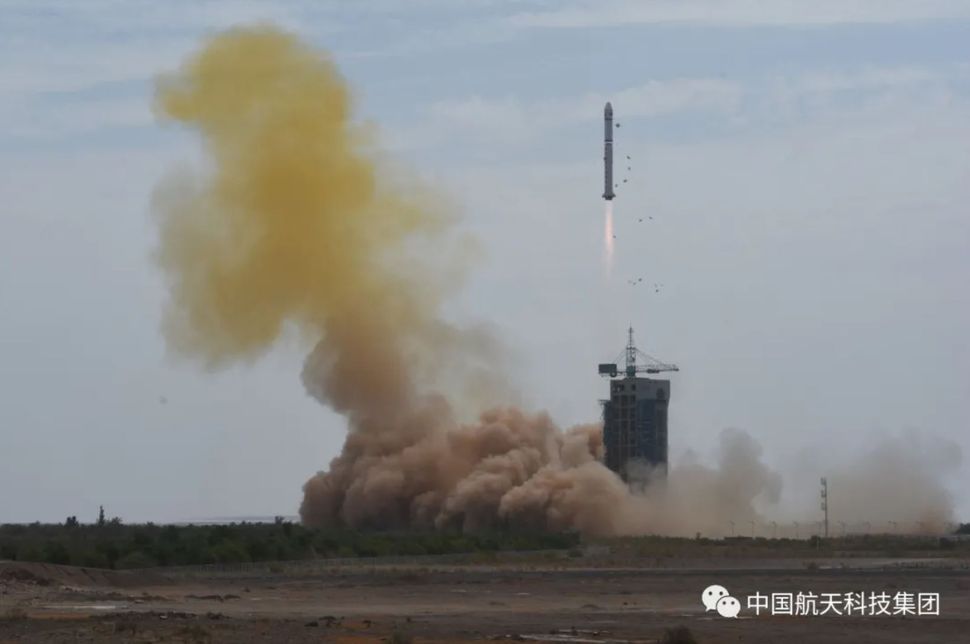 China is continuing its rapid rate of space launches with its 22nd mission of 2020.

The main payload was Gaofen 9 (04), an optical observation satellite capable of returning high resolution images, showing features as small as 3 feet (1 meter) across.

Today’s payload is the fourth Gaofen 9 satellite to be launched; two of its predecessors also launched this year. It will join a larger suite of Gaofen and other Earth-observing satellites as part of the China High-resolution Earth Observation System (CHEOS).

Riding along with the Gaofen 9 payload was the Tsinghua gravity and atmosphere scientific satellite, or Q-SAT, which was developed by Tsinghua University in Beijing. The project will verify  technology and will measure atmospheric density and collect gravity field data, according to Xinhua.

The China Aerospace Science and Technology Corporation (CASC) developed and manufactured the Gaofen 9 (04) satellite. Shanghai Academy of Spaceflight Technology (SAST), one of the major institutes under CASC, manufactured the two-stage Long March 2D rocket. The corporation’s main rocket-manufacturing facilities are in Beijing and Shanghai.

Today’s launch was the 50th for the Long March 2D, which debuted in August 1992. The vehicle has suffered just one partial failure, in 2016, when three satellites were sent into lower-than-intended orbits.

China has carried out 22 launches in 2020, including a test flight of the Long March 5B for space-station missions and the launch of the Tianwen-1 Mars mission. Three of the 22 launches ended in failure.

The country led the world in launches in 2018 and 2019, launching 39 and 34 times respectively. CASC said in January it would aim for around 40 launches in 2020, with commercial launch service providers like Expace and Galactic Energy to carry out their own missions.