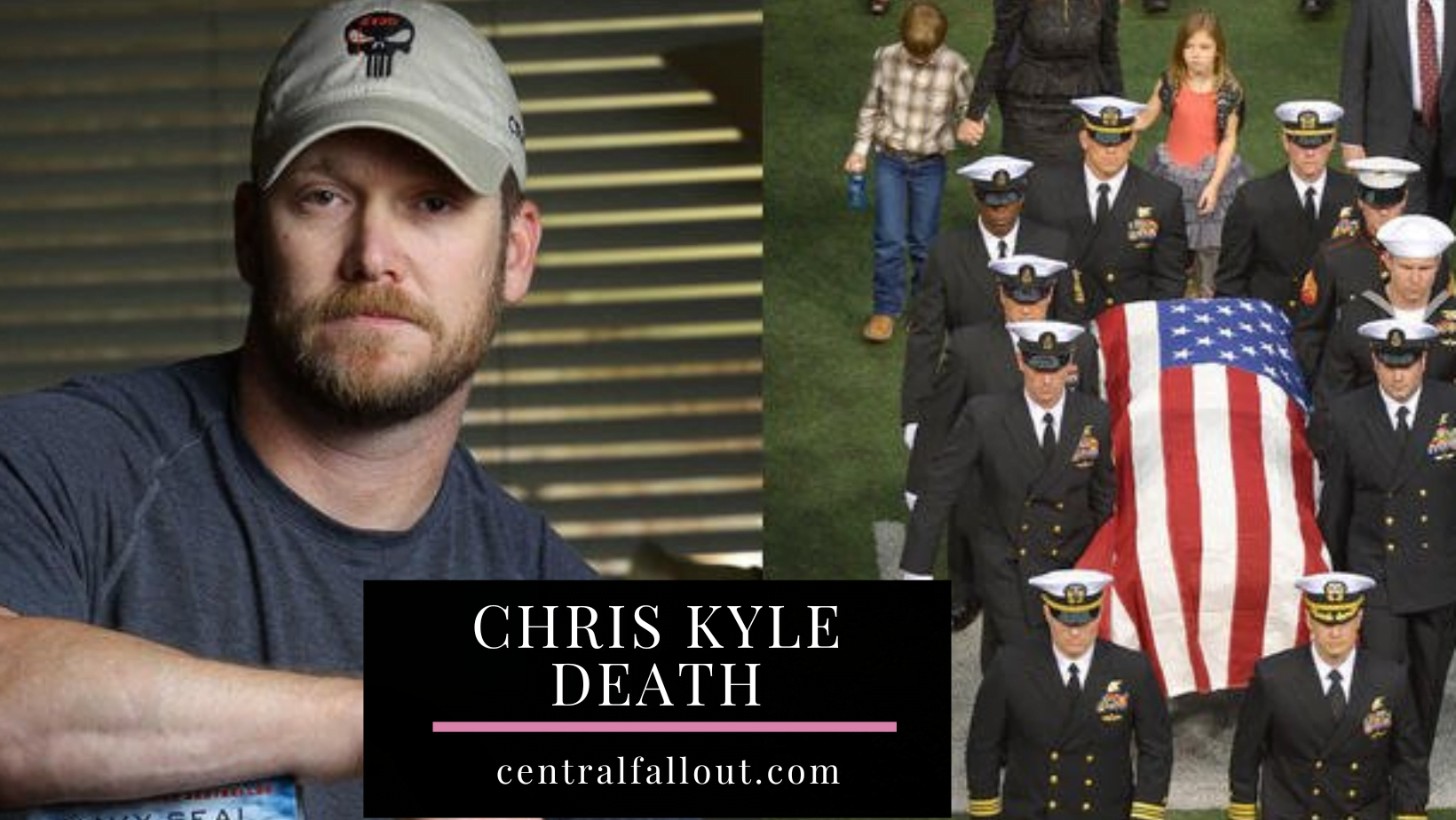 Chris Kyle Death: Eddie Ray Routh shot Christopher Kyle with his own gun at a shooting range in rural Texas on February 2, 2013.

The gun range trip was meant to be simple. In February 2013, former Navy SEAL sniper Chris Kyle and his friend Chad Littlefield were slain when a veteran with PTSD opened fire.

Kyle’s narrative was a legend, though not disputed, before that moment. Kyle was a veteran and America’s deadliest sniper. American Sniper was published in 2012. Kyle was criticised for exaggerating and lying in his book.

On the other hand, Kyle spent his last years before he died helping other veterans get used to life in the civilian world. He wanted to do the same thing to his killer, 25-year-old Eddie Ray Routh, a former Marine whose mental health had been bad since he left the service.

When Routh’s mother asked Kyle for help for her son, Kyle agreed. He had already helped other vets, after all.

But Kyle and Littlefield saw how crazy he was as they drove him to the shooting range at Rough Creek Lodge in Erath County, Texas, on that fateful day. As they were about to die, Kyle sent Littlefield a text message that said, “This guy is completely crazy.

How Chris Kyle Became Known as the American Sniper

Kyle then exhibited his shooting prowess. He killed 160 people in Iraq in 2003. This beat Adelbert Waldron’s Vietnam War record of 109.

Kyle told the Dallas Morning News, “Everyone says a sniper has to be patient.” “It’s not patience, because I’m not a man with a lot of patience. It means forcing yourself to do what you need to do, even if you don’t want to.

Kyle had been a sniper for four combat deployments in Iraq. He came home with two Silver Stars and three Bronze Stars, but his time as a sniper had hurt him. The Hollywood Reporter says that Kyle had physical and emotional problems, including PTSD, and that he used alcohol to help himself feel better.

Chris Kyle found a new purpose assisting veterans adjust to civilian life. He founded the FITCO Cares Foundation in 2011 and wrote his memoirs in 2012.

“I wanted to show people the sacrifices service soldiers and their families make,” Kyle said. “I knew

Even though he lied about his medals of honour and made up a fight with the former governor of Minnesota, Jesse Ventura, in his autobiography, Kyle’s book made him famous.

And it made a Texas woman named Jodi Routh want to talk to Kyle to see if he could help her son, Eddie Ray Routh. Chris Kyle would die because of what happened when they met.

What happened to the real “American Sniper”

On January 25, 2013, Jodi Routh went to the elementary school where Chris Kyle’s kids went and where she worked. Kyle listened as Jodi told him about how hard it was for Eddie, her 25-year-old son, to adjust to civilian life after he got out of the military.

Eddie Ray Routh had also served in Iraq, like Kyle. In 2006, when he was 18, he joined the U.S. Marines. The New Yorker says that Routh drank too much, had trouble keeping a job, had panic attacks, and threatened to kill himself. He also seemed to believe strange things, like that he was Dracula or that a tapeworm was eating his insides.

In 2011, doctors told him he had PTSD, but even though they gave him medicine, Routh continued to have problems with his mental health.

Kyle’s purpose was to “offer someone who was hurting a chance to chat on the road, shoot, and then talk on the way home”

Eddie Ray Routh’s drive seemed uncomfortable. Routh reportedly told a police officer that Kyle and Littlefield “wouldn’t talk to me.” He felt threatened. “If I didn’t destroy Kyle’s soul, he’d kill mine next,” he stated after his arrest.

The passenger in the back seat was also making Kyle and Littlefield nervous. Kyle texted Littlefield while he was driving to the shooting range: “This guy is completely crazy.” Littlefield replied, “He’s right behind me, watch my six.

“Watch my back” The day began normally. At 3 p.m., the soldiers erected a red Bravo flag. Routh fought.

The Hollywood Reporter says that he attacked

Kyle and Littlefield without giving them a chance to defend themselves. Routh shot Littlefield seven times and Kyle six times with a 9mm Sig Sauer P226 MK25 pistol and a.45 Springfield pistol. The Washington Post says that Chris Kyle Death from a shot through his aorta that “rapidly killed” him and a shot to his jaw that hurt his spinal cord.

After killing Kyle and Littlefield, Routh ran away in Kyle’s truck. Routh told his sister that he’d “sold my soul for a truck” at her house. He also said, “We went to the shooting range. I shot them dead.” When Routh ran away again, his sister called the police and said, “He’s all crazy, he’s f–king psychotic.”

Routh told police he shot them because they were taking him to the range.”I’m sorry, but they wouldn’t even talk to me. I’m sure they’ve let me off the hook.

The trial of Eddie Ray Routh for killing Chris Kyle

Eddie Ray Routh was found guilty of first-degree murder two years after Chad Littlefield and Chris Kyle died. Even though Routh’s lawyers said he had psychosis, schizophrenia, and other mental illnesses, a judge gave him a life sentence.

“We’re so happy with the verdict we got tonight,” Judy, Kyle’s mother, told reporters. Routh’s wife, Taya, was also happy about him being found guilty. She wrote on Facebook, “God bless the jury and good people of Stephenville, Texas!!

By that point, Chris Kyle’s reputation had grown a lot. Clint Eastwood made the 2014 movie American Sniper, which was based on Kyle’s book, after he died. It got good reviews, even though it didn’t include the story of Chris Kyle’s death. “In the end, I think we felt like this was a movie about Chris’s life and not about his death,” the movie’s screenwriter, Jason Hall, told the New York Daily News.

“We also didn’t want to make the guy who did it look good.” Hall also said that Kyle’s wife, Taya, had asked him not to talk about her husband’s death because it would be bad for their kids. “I Hall didn’t want the film to be remembered as the one where their father was shot.

In fact, Chris Kyle’s death is only a small part of his story as a whole. Kyle was the deadliest sniper in American history, and he spent his last years helping other veterans adjust to life in the civilian world.

But how Kyle died is also important. It shows a lot about what can happen when veterans get help too late.

Read Also : What Was Joey Jordison Cause Of Death | News

What Was Joey Jordison Cause Of Death | News

New to the job-hunting scene? Create a CV that stands out!