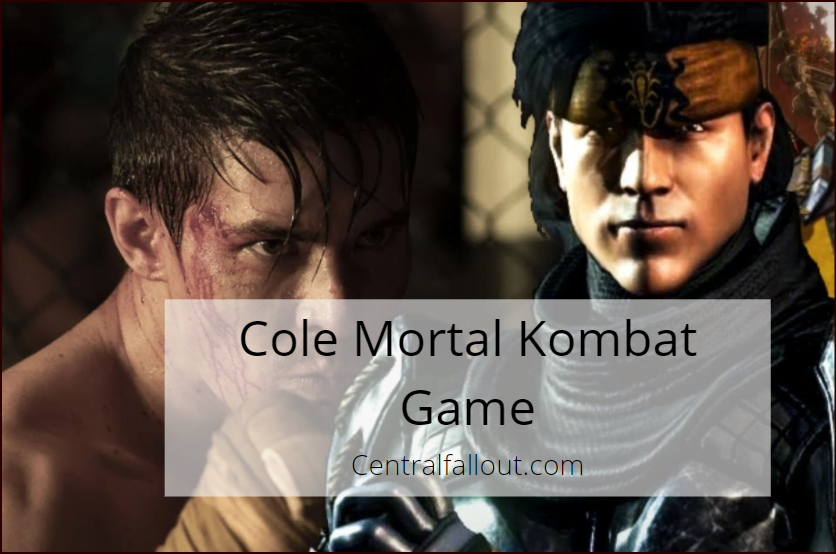 Cole Mortal Kombat Game: Cole Young, who acted in the latest Mortal Kombat film, is rumoured to be making an appearance in the games. He probably shouldn’t, though.

With the release of a new Mortal Kombat film, some fans are wondering if references to it will be included in Mortal Kombat 12, a game reported to be coming from NetherRealm Studios. Cole Young, the film’s lead, is the most likely candidate for inclusion, but he’s unlikely to get a warm reaction, and he appears to be a terrible fit for Mortal Kombat’s game universe.

Cole Young is a character from the most recent Mortal Kombat film who has no in-game counterpart. The claims that the game’s devs want to include him in the game are a little misleading, because NetherRealm hasn’t confirmed or even hinted that Cole will be in the next game. Although the stars in the film would like to see Cole or movie-based skins in a Mortal Kombat game, there has been no official indication from the game’s producers that they are interested in including Cole in the roster.

But, assuming the allegation is accurate, it means there’s a good chance Cole will be a kombatant in the alleged future Mortal Kombat 12. And he has no place there, as there are countless other characters who would be more appropriate.

Mortal Kombat 2021’s protagonist is Cole Young. He’s a descendant of Hanzo Hasashi, the ninja who was subsequently reborn as the furious spirit Scorpion, and has been chosen to represent Earthrealm in the next Mortal Kombat tournament.

The rest of the film revolves around his discovering his “Arcana” – a film-only concept that roughly translates to “superpower” – and holding his own against a slew of gaming villains, including Goro and Sub-Zero. Liu Kang, Kung Lao, Sonya Blade, Kano, and Raiden are flanked by (and steal screen time from) known game characters.

However, what works in the film may not necessarily work in the games. First and foremost, the character has no incentive to participate in the game tournament.

Only individuals with a dragon birthmark, which Cole possessed, were allowed to compete in the Mortal Kombat tournament in the film. Cole was only bothering the other characters because he had to participate and couldn’t pull out no matter how badly he wanted to. The competition appears to let any kombatants that Thunder God Raiden finds suitable in the games.

If the tournament regulations don’t alter drastically, there’s no reason for anyone to beg Cole to attend if he doesn’t want to.

Second, because of his lack of motivation, Cole stands out among the other characters in the game. While the movie lavishes attention on Cole’s family and past, he is unlikely to receive such treatment in the game. Without it, he’s just another jobbing MMA fighter who happens to be linked to Scorpion, which isn’t very exciting when one can actually play Scorpion (who isn’t going anywhere as long as Ed Boon is alive).

There isn’t much of a demand for a Cole Young character in the Mortal Kombat games. For every character who made it into the Mortal Kombat 11 roster, there is at least one who didn’t and is much missed by fans. Reptile, Smoke, Cyrax, Sektor, Ermac, Jin, and Takeda are just a few of the most requested characters who are missing from the roster.

Cole’s characteristic weapon from the film, a tonfa, is similar to Tanya’s Kobu Jutsu, and while they aren’t the same weapon, their similarity would make it unlikely that both will be included in a future Mortal Kombat game – and fans appear to know which Mortal Kombat character they prefer.

Does All Might Die In My Hero Academia? 9 Q & A Most Important