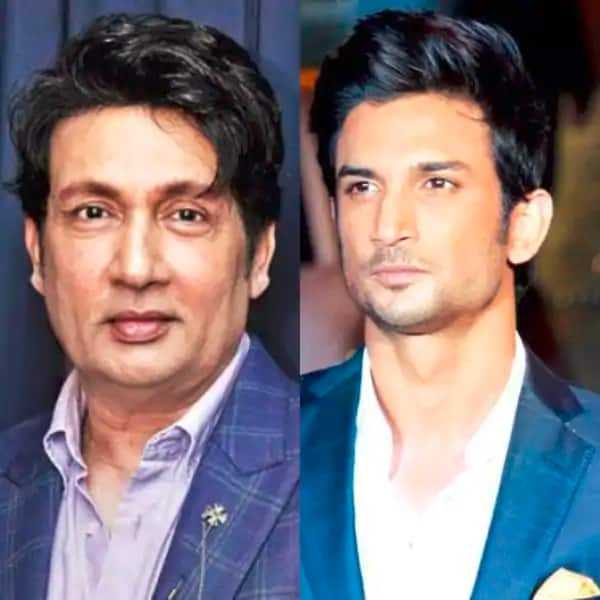 Shekhar Suman has come down heavily on actors for calling Sushant Singh Rajput a drug addict. He wrote on Twitter, “All the confessions and testimonials of the women being probed for the drug case are tarnishing Sushant’s name calling him a drug addict. Also attacking his character. This is so unfair and inhuman,for a dead man cannot defend himself.” Also Read – ‘Dead man cannot defend himself,’ Shekhar Suman slams actors for ‘tarnishing Sushant Singh Rajput’s name’ by calling him a drug addict

All the confessions and testimonials of the women being probed for the drug case are tarnishing Sushant’s name calling him a drug addict.Also attacking his character.This is so unfair and inhuman,for a dead man cannot defend himself.#SushantJusticeNow

In an interview to India Today before her arrest, Rhea Chakraborty had said, “Yes, Sushant used to smoke marijuana, he used to take it even before he met me. He started this during Kedarnath. I used to control him in this department only. He was a man of his own choices and nobody could stop him.” Also Read – Sushant Singh Rajput case: Shekhar Suman tweets #ArrestRheaChakraborty with sexist remark; says, ‘Even the Gods don’t know the character of a woman’

After Sushant’s demise, Shekhar came forward along with fans to demand justice for the Chhichhore actor. He had tweeted, “Dear all,Thank you for making my voice strong all this while.Allow me to plz take a backseat now.since the family is completely silent on this,it’s making me very uncomfortable to go on.i guess its their prerogative and we all shld respect that.” Also Read – Sushant Singh Rajput case: ‘Of course Rhea Chakraborty is a culprit, but the real culprits are still on the run,’ says Shekhar Suman

In a past interview to DNA, Shekhar had said, “I am still part of the movement. I’m just going behind because I’m waiting for the family to say something. I’m not having their approval and it feels uncomfortable and weird that who are you fighting for? It’s like, they stand up and say we don’t want an inquiry and why are these guys going ahead and doing the inquiry when we don’t want it. These are the questions that started cropping up in my mind. It has been a month and they still haven’t said anything – not even a single line. That made me a little uncomfortable. We respect their (Sushant’s family) privacy and silence, but it would be nicer if they came forward and said something because it would make our case stronger. At first, I thought am I going too much out of my way to push this movement all by myself? Because there wasn’t even a single voice coming from the film industry.”