Almost everyone who shows up is a very strong person with their own beliefs, values, and goals. Many of them are also ready to die or at least put themselves in danger to get where they want to go.

Matsuda has good intentions and a good heart 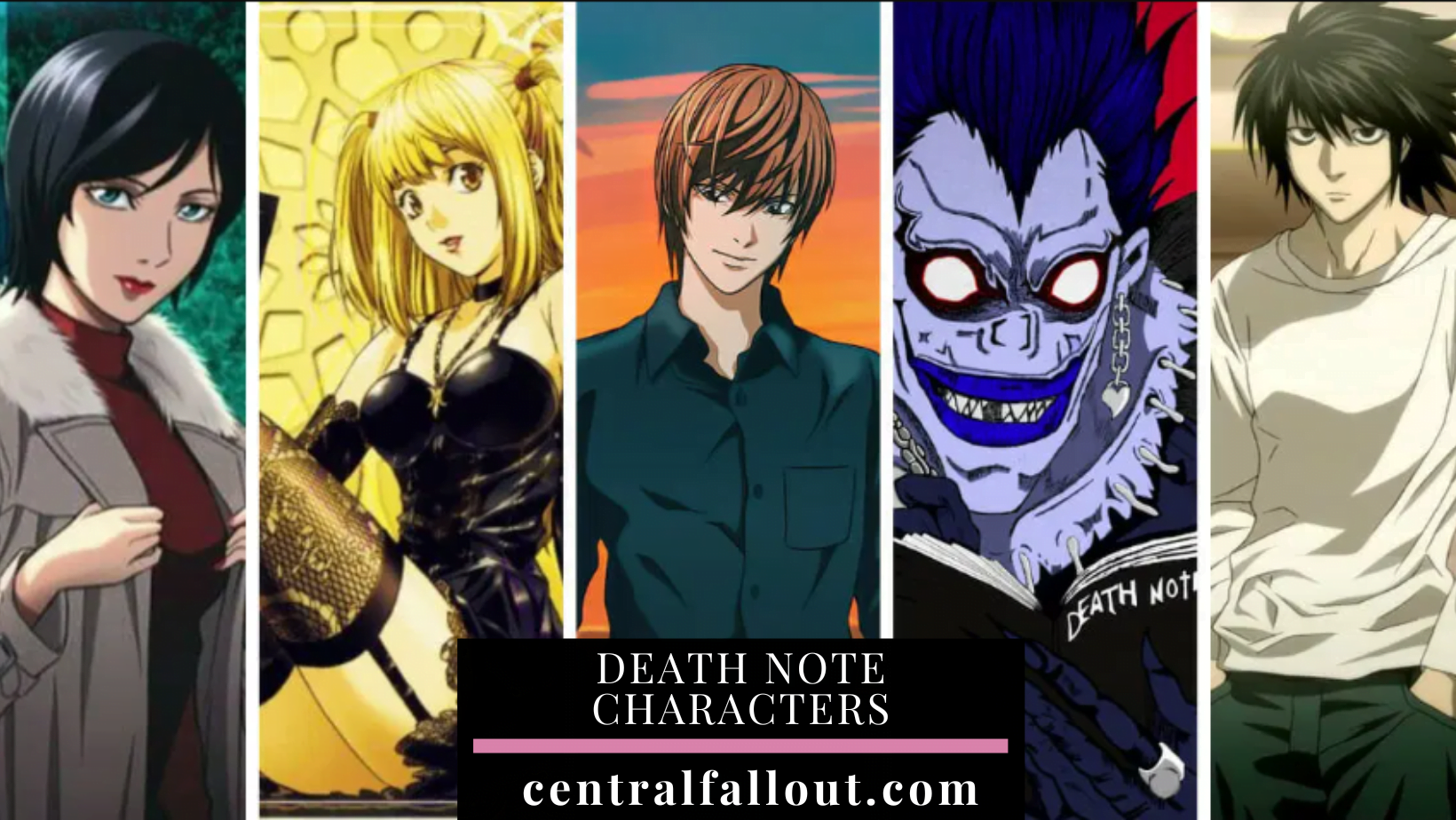 Matsuda is one of the agents who has always been against Kira, but he is also the most interested in Kira and what he wants to do. He’s the one who points out that crime has gone down since Kira took over, and he sometimes asks if Kira is really so bad.

But when Matsuda finds out that Light is really Kira and that he lets people die who are very close to him, like his father Soichiro, he shoots him without thinking twice. He deserves more love.

Misa might make a mistake, but she tries hard and moves the story along.Misa is a big reason why things go wrong in the story.

She’s not as stupid as many fans make her out to be, but she’s not as careful as Light or L, so she leaves little clues here and there that get her and Light into a lot of trouble.

The thing is, if she hadn’t been there, it’s likely that Light and L would have kept acting like friends but constantly questioning each other for who knows how long. Both of the characters would be waiting for the other to make a mistake because they are too smart, and Misa should get more credit for what she brings to the story.

Because Aizawa works so hard at his job, it hurts his family life

Aizawa isn’t as well-known as most of the other characters, but he deserves more attention.
It gets to the point where it seems like Aizawa’s wife hit him after they argued about how much he worked.

L also plays with him all the time, to the point where he temporarily quits the force because he hates that L thinks he needs to test Aizawa’s loyalty.

Rem is a Shinigami, but she is kind and cares deeply about Misa

Since Rem does everything she can to protect Misa, it makes sense that fans automatically treat her badly. She says she doesn’t care about Misa, but she tells Light she’ll kill him if he does anything to hurt Misa. She does this even though she knows that it will kill her.

Rem is one of the series’ most honest and loyal characters. She first comes to Misa with Gelus’ Notebook because she is the only one who saw him die and knows why. This doesn’t stop her and Misa from becoming close friends, though.

He is an FBI agent who mostly just wants to be able to think about his upcoming wedding to Naomi, who is also a former agent.

He has a bad name among fans because he was one of the first people to publicly disagree with Light, but he doesn’t deserve all the hate. The scene on the bus was the last time Raye was going to follow Light, and he would have gone back to the United States soon after.

Kira controls Kiyomi until she dies, even though she is very smart

Another unpopular Death Note Characters, however like Misa, this seems to be due to how she’s written. She is a spokesperson for Kira and really believes in what he wants to do to make the world better.

He uses this and her feelings against her so that he can keep working as Kira even though he is always being watched closely. She still does everything she can for him until the end, thinking Light will save her until he makes her use her own notebook to kill herself.

Near is thought to be less attractive than L, but he has his own quirks.

Compared to most of the other people on this list, Near still has a big group of fans who love him a lot, just like L and Light’s fans do. The main difference between them, though, is that a lot of people dislike Near and see him and Mello as inferior replacements for L.

People often say that Near’s personality is too similar to L’s, but in a less interesting way. However, he still has a lot of fun playing “cat and mouse” with Light.

Soichiro Yagami is a devoted father and police officer

Even though he is Light’s father, he is also the head of the Kira investigation and the police chief before Light and L start working with him. He doesn’t know who he’s fighting, but he is one of Light’s biggest enemies.

Even though everything points to Light being Kira, he still loves his son with all his heart. Soichiro asks to be locked up when Light is. Because of his son’s accusation, he thinks he should be locked up too.

Sayu has a good heart and is very easy to like

If Sayu is a likeable character who doesn’t do anything wrong in the show, why do some fans not like her? Again, the answer has something to do with light. This makes people who like Light’s character automatically dislike Sayu.

Sayu shown to be nice, but she often doesn’t do her schoolwork.She is also funny and gets along with everyone on the Task Force, including Matsuda.

Naomi could have ended the show in the first few episodes if she had wanted to.
Naomi Misora is very smart. In terms of how quickly she can think on her feet, she might even be faster than Light.

A heart attack, that she can control the time of Death Note Characters and the actions of the victim before they die. With all of this information, he had no choice but to kill her off early. She is another character that fans dislike for no good reason.

Advertisement
Related Topics:A heart attackDeath Note CharactersMatsuda has good intentions and a good heartSoichiro Yagami is a devoted father and police officer
Up Next