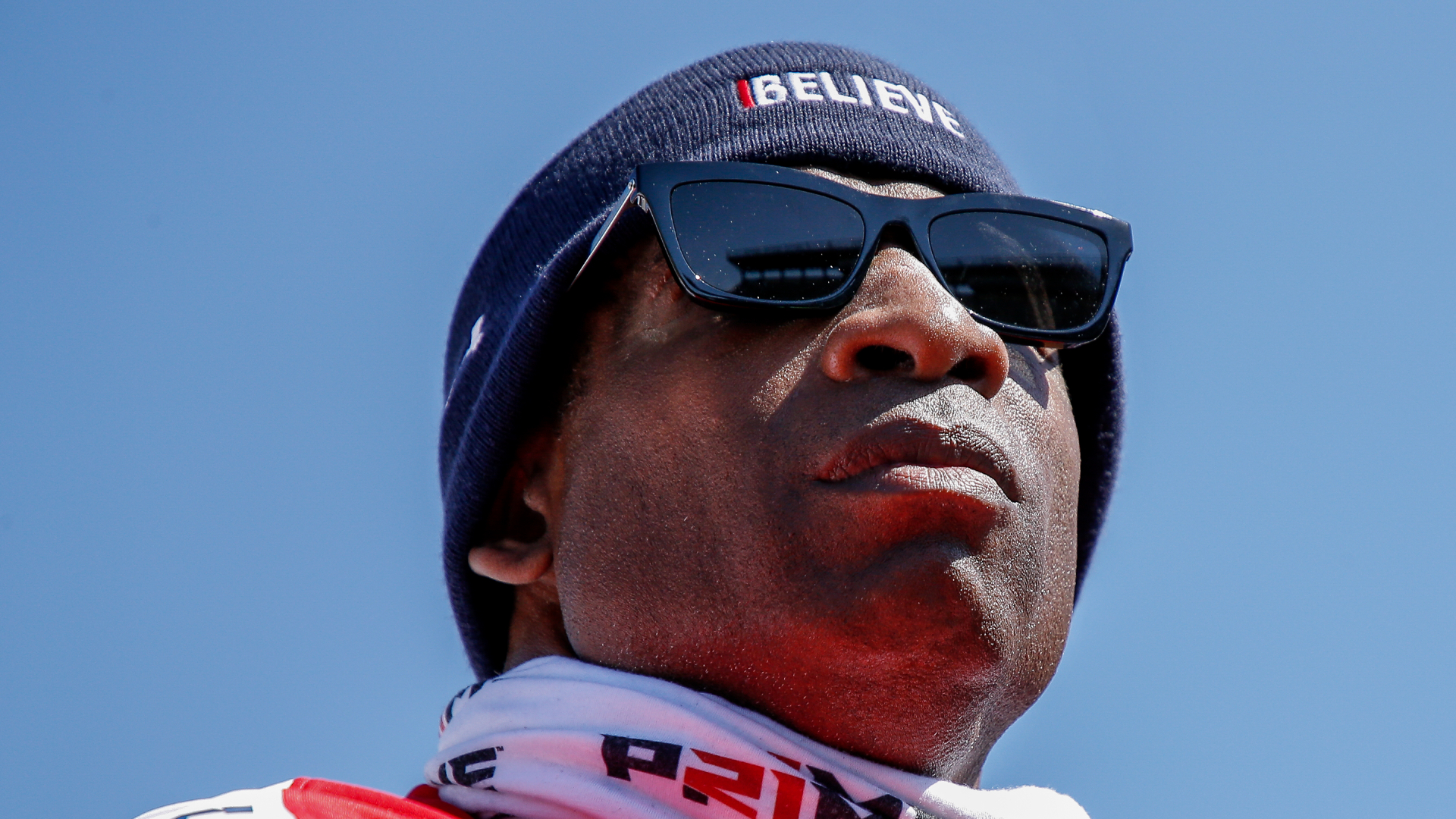 Deion Sanders’ first in-person appearance at the SWAC Media Day ended abruptly on Tuesday after a reporter referred to the second-year Jackson State coach by his first name.

Nick Suss, a reporter for the Clarion Ledger (Jackson, Miss.), called him “Deion,” prompting Sanders to say that he wanted to be treated like Alabama coach Nick Saban — as in, referred to by his last name. That created a brief back-and-forth between Sanders and Suss before the former left:

This is how all of this started, I really Pray for all of us because this was something so minimal that was hilarious to me that you allowed a FOOLISH media outlet and person to play on your Preconceived notions. I’m all about Peace,Love,Work,Commitment,Sacrifice & Forgiveness. pic.twitter.com/ZjZPMVJVfj

Suss, whom the Clarion Ledger says has covered several beats over the years, told his publication that he routinely uses first names during interviews, which he also told Sanders. That includes conversations with Saban, as well as Ole Miss coach Lane Kiffin and Mississippi State baseball coach Chris Lemonis, who led the Bulldogs to the school’s first-ever national championship with a win in the 2021 College World Series.

“When I interview people, I call them by their first name,” Suss told the Clarion Ledger. “Whether it’s someone I’ve been working with for years or someone I’m talking to for the first time. This is true of the coaches and players on the Ole Miss beat, the coaches and players at Mississippi State and Southern Miss when I help out covering their teams and, as recently as January, even Sanders, too.”

Sanders addressed the interaction on Twitter after he left the event, calling Suss’ choice of words “foolishness.”

This is not the first time Sanders has been at the center of a bizarre incident while serving as Jackson State’s coach.

Sanders, whose team went 4-3 in his first year with the Tigers, claimed that his personal items were stolen during his coaching debut in February 2021. A Jackson State official said the items had been misplaced, then recovered, but Sanders publicly denied that report, saying his items had been stolen.

Naw it was stolen but they got it back. It was stolen out my personal bag in my office and My assistant caught the gentleman in the process of stealing it but she was alone. No Miscommunication my man at all https://t.co/foXTKwqsQC

Say this for Sanders: His Jackson State tenure has never been boring.