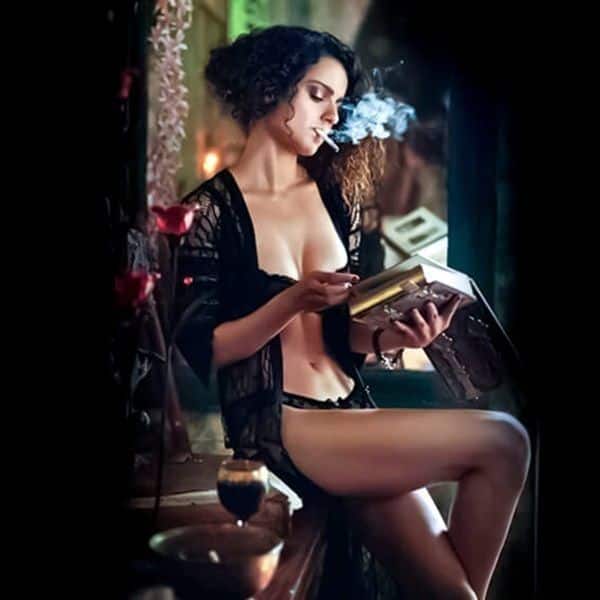 Kangana Ranaut has pulled up her sleeves to bring justice to Sushant Singh Rajput ever since the actor was found dead in his Bandra apartment on June 14. However, what started from demanding a fair probe into Sushant’s death, has derailed badly to focusing on issues that frankly, raise eyebrows. From going one on one against the Maharashtra government to calling Bollywood industry a drug hub, Kangana seems to be stirring one controversy after another in the wake of SSR’s demise. She has claimed that 99% of Bollywood consumes drugs, which probably prompted the Narcotics Control Bureau to spring into action. Also Read – Tuesday Trivia: Did you know Kangana Ranaut had once admitted to being a drug addict?

But, bringing the drugs angle into Sushant’s death has kind of backfired for Kangana, too. Home Minister Anil Deshmukh ordered a probe into the actress’ statements that she had earlier consumed drugs. Soon after that, without going to the NCB or to the Mumbai Police to record her statement, be it in Sushant’s death case or to reveal names of the Bollywood’s so-called drug mafia, Kangana fled from the city of dreams back to her abode in Manali. Also Read – ‘Repeat after me,’ Kangana Ranaut takes a jibe at Deepika Padukone being linked in Bollywood drug nexus – view tweet

This prompted social media to dig up a video of the Manikarnika actress, wherein she had admitted that she was once addicted to drugs and a character actor used to give it to her for consumption. Before this video went viral on social media, many people were unaware that Kangana was once a drug addict. Also Read – Sonu Sood opens up on the insider-outsider debate; reveals he was removed from film posters early in his career

“This time is not a bad time, do not think of it like that. Bad times are actually good times. Friends, I was 15 or 16 when I ran away from my house, and I used to feel like I could grab the stars with my hands. After I left my house, I was a film star and a drug addict within 1.5 – 2 years of it,” Kangana Ranaut had said in a video, which was shared on her Instagram page on 20th March 2020, on the fifth day of Navratri. She added, “My life was so messed up, I was with certain type of people from whom only death could have saved me. All of this happened in my life at the time when I was only a teenager.”

After narrating her struggle with drug addiction, Kangana revealed how she overcame the habit after a friend introduced her to yoga and spirituality. “At that moment, a very good friend came into my life who introduced me to Yoga and gave me a book, Rajayoga, which has a very good processes. After that, I took Swami Vivekanand as my guru, and under his guidance, I groomed myself a lot. I would have been lost in the crowd if those challenging times didn’t come in my life. Without the spiritual guidance, I wouldn’t have been able to develop my willpower, I wouldn’t have been able to sharpen my intellect or groom my talent or develop my emotional health,” she disclosed.

Watch Kangana’s confession on once being a drug addict here…

So, what do you have to say to these revelations by Kangana?