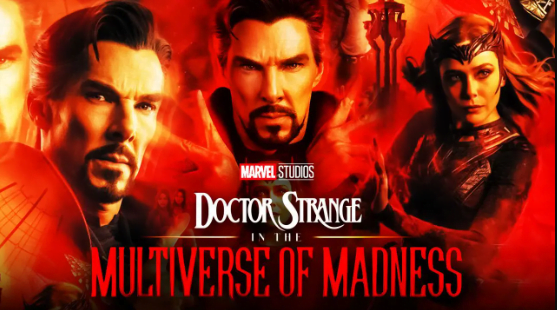 we can see the craze of MARVELS movies in the whole world fans love marvel superheroes and go to cinema to see there favorite superheroes, and now there is new movie is releasing by marvel studios mcu(marvel cinematic universe) is Doctor strange in multiverse of madness, What fans have been waiting for a long time

after replace identity of peter parker spider man in Spider-Man no way home, dr. strange is coming back with scarlet witch in doctor strange in multiverse of madness as we seen in the trailer

Everything You Want To Know About The Movie Doctor Strange 2

As we seen earlier in doctor strange 1, Doctor Stephen Strange was a neuro surgeon who lost his everything after a car accident and went “Kamar-Taj”  for his treatment but destiny made him a sorcerer supreme. After defeating Thanos in avengers endgame and replacing identity of peter parker Spider-Man in spider man no way home dr. strange returning back in doctor strange in multiverse of madness with scarlet witch

Watch The Trailer Of Doctor Strange 2

In trailer we can see doctor strange is getting same nightmare everynight, he opened the doorway between multiuniverses and wong saying him “you cant control everything ” we dot know know who or what will walk through it ”  strange goes wanda maximoff aka scarlet witch asks for help, she says that multiverse is dangerous

in next we can see different clips of multi-verse which grabs viewers attention and as trailer we see Baron Mordo in this movie and it can be very interesting to see the Mordo’s appearance in this movie.

Next In trailer we can see sinister strange which should be the evil doctor strange by another universe. we can also see different scarlet witch’s by different universes which is really exciting for fans

The following cast members for Doctor Strange in the Multiverse of Madness have been confirmed.

Doctor Strange in the Multiverse of Madness will hit US theatres on Thursday, May 6th, 2022 in India too.

According to Marvel executive Victoria Alonso, the much-anticipated movie began filming in London in late 2020 and concluded in April 2021, but was later subjected to reshoots.

Alonso confirmed that reshoots are almost complete while on the red carpet for Spider-Man: No Way Home”We haven’t [completed Doctor Strange in the Multiverse of Madness] yet. That’s the one after that “she told a Variety reporter. “We’re almost finished shooting extra photographs. Listen, there’s a lot more on the way. You and I are going to spend the entire year talking.”

Marvel Studios' Doctor Strange in the Multiverse of Madness arrives only in theaters May 6. pic.twitter.com/AycwreZ9fd

Fans of Doctor Strange may now enjoy a gloomy multiverse-themed poster for the upcoming flick.
Doctor Stephen Strange and Scarlet Witch/Wanda Maximoff are featured in the above poster as they team up for the new adventure.
Will they remain comrades, or will the film’s tragic events tear them apart?