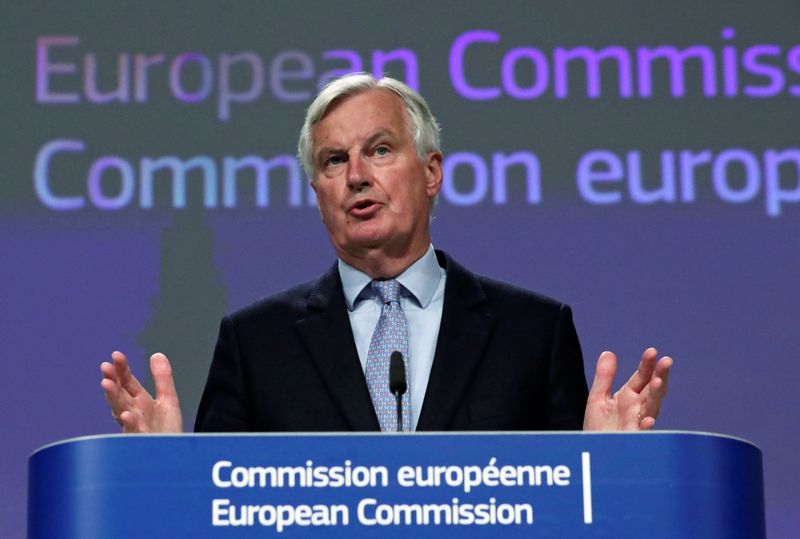 LONDON (Reuters) – British proposals to give the City of London access to the European Union are “unacceptable” because they seek to maintain the benefits of the single market without the obligations, the bloc’s chief Brexit negotiator Michel Barnier said on Tuesday.

EU policymakers worry that the UK could gain a competitive advantage by easing financial rules, but Britain has said it would maintain high standards of regulation.

Barnier said Britain would like to make it easy to continue to run EU financial services businesses from London, with minimal operations and staff on the continent.

Many banks and insurers based in Britain have opened hubs in the EU to continue serving customers there irrespective of what deal London seals with Brussels.

“I will be blunt: its proposals are unacceptable. There is no way member states or the European Parliament would accept this,” Barnier told a Eurofi conference.

Britain’s finance ministry had no immediate comment on Barnier’s comments.

London and Brussels have an end of June deadline for completing “equivalence” assessments for determining access to each other’s financial markets.

Barnier said Britain has only responded to 4 of 28 questionnaires for assessing if UK financial rules are similar enough to those in the bloc to allow direct market access.

“So we are not there yet,” Barnier said.

Britain has said it has introduced all EU rules into UK law.

Barnier said the assessments are particularly challenging given that Britain has said it wants to diverge from EU rules once its transition period ends in December.

“This is even one of the main purposes of Brexit,” said Barnier, a former EU financial services commissioner.

Equivalence-based access to the EU is not available in areas like insurance, commercial bank lending or deposit-taking.

“Nothing in the agreement that we are negotiating will change this,” Barnier said.

U.S. will restrict visas for some Chinese officials over Tibet: Pompeo By Reuters

SEC commissioner Greg Sankey said Saturday his concern for the football season is “high to very high” and acknowledged, “We