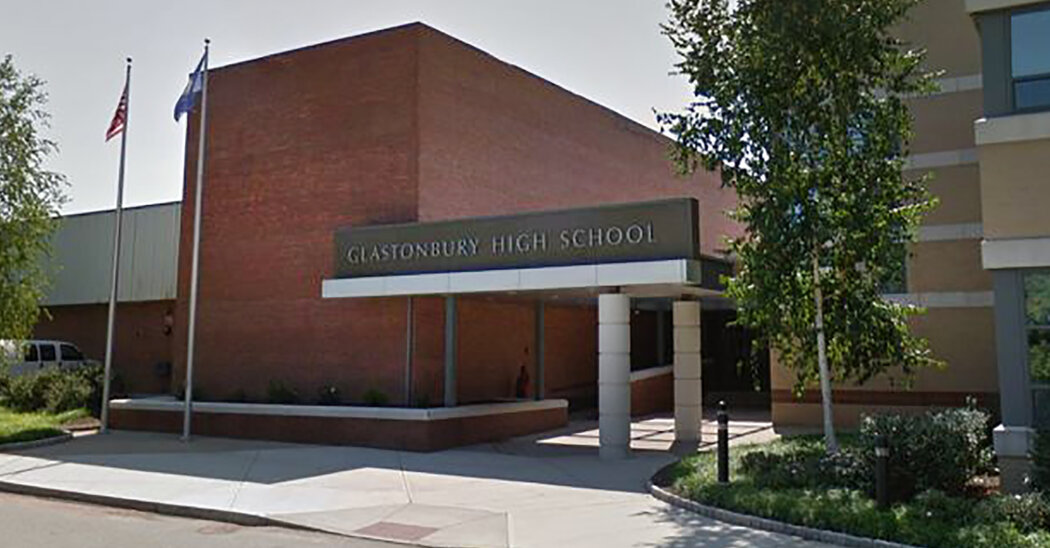 A former high school student in Connecticut was charged with computer crimes after gaining access to a school database and changing two students’ yearbook quotations, inserting one attributed to Hitler and altering another to mention one of the Boston Marathon bombers, the police said.

Sometime before the yearbook’s publication in October, the police said, Mr. Tryon gained access to the database containing yearbook quotations submitted by students.

The police say he changed a student’s quotation to one attributed to Hitler, while misattributing it to George Floyd, whose murder in Minneapolis last year prompted nationwide calls for police reform.

Another student’s yearbook entry was changed by Mr. Tryon, the police said, to refer to drugs and Dzhokhar Tsarnaev, who was convicted in the 2013 Boston Marathon attack that killed three people.

School officials in Glastonbury, which is about 10 miles southeast of Hartford, were made aware of the quotations in May, after the yearbooks were distributed, the police said.

The Journal Inquirer, of Manchester, Conn., reported that Mr. Tryon was on Discord, a chat app for gamers, in October when users suggested that he submit quotations for the yearbook under other people’s names, and gave him some options, according to an affidavit.

Mr. Tryon told the authorities that he chose one of the recommended quotations at random, and that he randomly chose two students to target from a list of about 50 user names and passwords that he had access to, The Journal Inquirer reported. It was unclear how he had gained such access.

Mary LaChance, the mother of one of the students whose quotations were changed, said it was jarring to get a call on a Friday afternoon in May from the school about the quotation attributed to Hitler, which read: “It is a quite special secret pleasure how the people around us fail to realize what is really happening to them.”

The quotation appeared in the yearbook below a photo of her son, who was a senior at the time.

“I was crying when they told me that,” Ms. LaChance said, adding that school administrators were quick to say that they didn’t believe her son was responsible.

Ms. LaChance said she met with school officials, who were trying to retrieve the 300 copies that had been handed out to seniors.

The school suspended delivery of the yearbooks and received replacement pages from the yearbook’s publisher, Ms. LaChance said. The books were rebound and redistributed about 10 days later.

In an email sent to parents on May 26, school officials wrote that they “deeply regret not having caught the act of bigotry and vandalism before the yearbook was printed,” adding, “We are examining and will revise our yearbook procedures for collecting and reviewing future student submissions.”

The school did not return phone calls seeking comment. Calls placed to a phone number listed as belonging to Mr. Tryon were not returned. Mike Dwyer, a lawyer representing him, declined to comment on Sunday.

Ms. LaChance said she didn’t know why Mr. Tryon had picked her son. They were never in any classes together at Glastonbury High School, which has about 2,000 students, but both were in Boy Scouts and knew each other, she said.

“My hunch is that he may have been trying to get my kid in trouble,” Ms. LaChance said, adding that while she didn’t want Mr. Tryon’s life to be ruined because of his actions, they were still foolish and hurtful.

Fears of summer chaos in schools and offices as Covid restrictions are swept away...