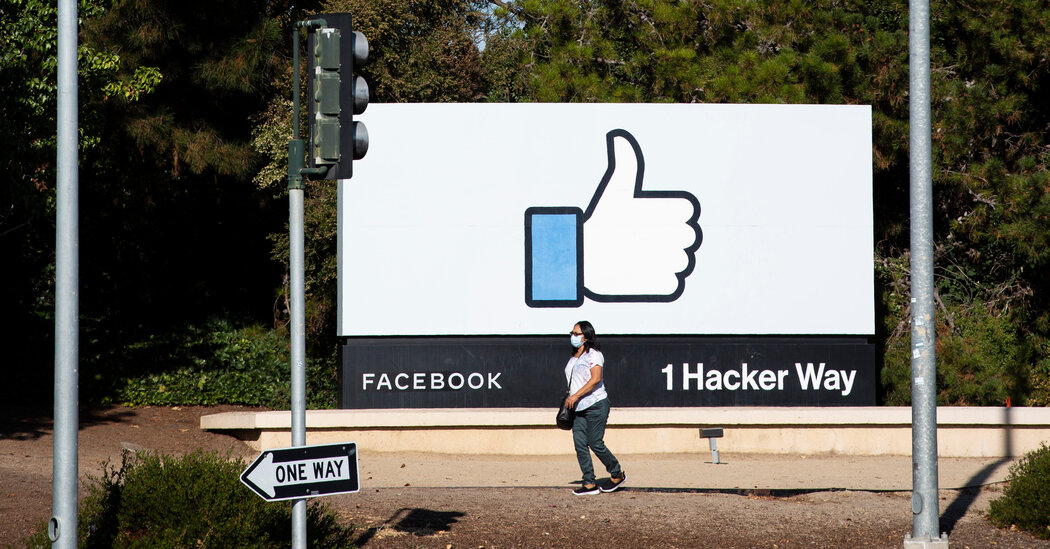 After a weekend of rancor between the White House and Facebook, President Biden on Monday softened his forceful criticism of social networks over the spread of misinformation about Covid-19 vaccines.

At a White House news conference largely focused on the economy, Mr. Biden stepped back from his comment on Friday that platforms like Facebook were “killing people.”

“Facebook isn’t killing people,” Mr. Biden said. “These 12 people are out there giving misinformation. Anyone listening to it is getting hurt by it. It’s killing people. It’s bad information.”

He appeared to be referring to a study from earlier this year showing that 12 online personalities, with a combined following of 59 million people, were responsible for the vast majority of Covid-19 anti-vaccine misinformation and conspiracy theories, and that Facebook provided the most consequential platform.

“My hope is that Facebook, instead of taking it personally that I’m somehow saying ‘Facebook is killing people,’ that they would do something about the misinformation,” Mr. Biden said.

In a blog post on Saturday, Facebook called on the administration to stop “finger pointing,” laid out what it had done to encourage users to get vaccinated, and detailed how it had clamped down on lies about the vaccines.

“The Biden administration has chosen to blame a handful of American social media companies,” Guy Rosen, Facebook’s vice president of integrity, said in the post. “The fact is that vaccine acceptance among Facebook users in the U.S. has increased.”

Mr. Rosen said that the company’s data showed that 85 percent of its U.S. users had been or wanted to be vaccinated against the coronavirus. The country fell short of meeting President Biden’s target of having 70 percent of American adults vaccinated by July 4, but, Mr. Rosen said, “Facebook is not the reason this goal was missed.”

On Sunday, the surgeon general, Vivek Murthy, reiterated warnings that false stories about the vaccines had become a dangerous health hazard. “These platforms have to recognize they’ve played a major role in the increase in speed and scale with which misinformation is spreading,” Mr. Murthy said on the CNN program “State of the Union.”

On Monday, Mr. Biden called on Facebook’s officials to consider the impact the spread of misinformation about the vaccine could have on people they cared about.

“Look in the mirror,” Mr. Biden said. “Think about that misinformation going to your son, your daughter, your relative, someone you love. That’s all I’m asking.”

From Annaatthe to Netrikann – here’s all you need to know about Lady Superstar...

Will Ishwari be the reason behind Dev and Sonakshi’s fractured relationship? watch video