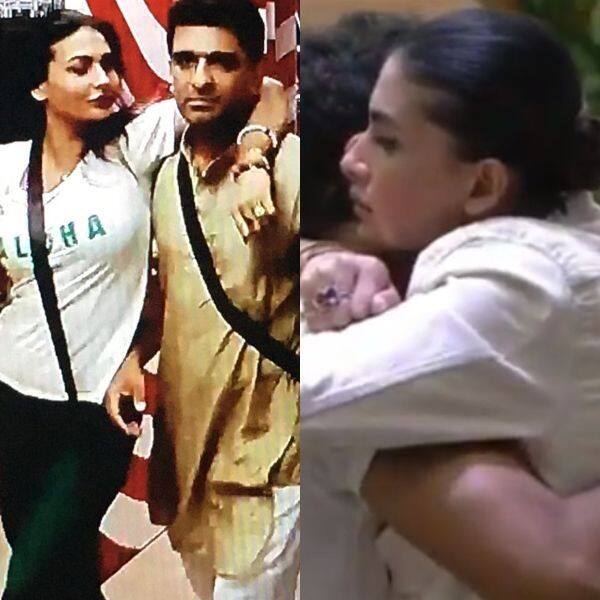 Tonight’s episode of Bigg Boss 14 saw an eviction. Early in the day, Bigg Boss had asked contestants to take the names of two contestants and state a reason for nominating them as well. After the nomination task, the ones who were nominated were: Nishant Singh Malkani, Rahul Vaidya, Shehzad Deol, Jaan Kumar Sanu, Sara Gurpal, Eijaz Khan and Abhinav Shukla. Soon after the nominations, the Toofani seniors were given the responsibility of choosing one contestant from the above-mentioned names who they want to evict. Also Read – Bigg Boss 14, Day 9 Twitter reactions: Fans are not interested in Pavitra Punia and Eijaz Khan’s ‘fake’ bond

After this shocker, everyone started feeling a little guilty. They contemplate whether they made a hasty choice while nominating the contestants. The seniors were baffled too. They were discussing among themselves. In the end, they evicted Sara Gurpal. Everyone bid her a tearful adieu. Everyone was in a gloomy mood with the eviction. And people started bonding and talking and sorting their differences out. Pavitra Punia who voted for Eijaz Khan started following Eijaz everywhere. She felt sorry for nominating him. She apologised to him and turned very emotional. At the end of the day, we could see Pavitra hugging, kissing and jumping on Eijaz’s back. Also Read – Bigg Boss 14, Day 9, Live Updates: Rahul Vaidya and Jaan Kumar Sanu sort out their differences

Later when the contestants started jamming to call it a night, we could see Pavitra hanging out with Eijaz trying to sort her issues with him. Pavitra asked him about his wedding plans to mellow him down. Eijaz looked a little disinterested but kept his point saying he will nominate her if she keeps pestering him. Pavitra says she will stick to him and that she deserves the punishment for what she did. She even claimed that she got a little jealous of the way he was giving away his BB Mall luxuries for other ladies of the house. Well, fans are not happy with the way Pavitra tried to win back Eijaz’s trust. Check out their tweets below: Also Read – Bigg Boss 14: Hina Khan’s elegant floral number is giving out the girl-next-door vibes — view pics

#pavitrapunia is a fake bitch ..in first few episodes she was all over rahul ..and now now she is all over #eijazkhan .I am a feminist and I dont like dialogues like …me bhi apne ex se bor ho gai isiliye chor diya ..she is fake bitch

Eijaz and Pavitra’s bit in the end was soo boring and eijaz was not at all interested.??#BiggBoss2020 #BB14 #BiggBoss14 #EijazKhan #PavitraPunia

Pavitra is trying to make an love angel desperately…
She is strong contestant..I think she should not do this for content so early…#SidharthShukla #BB14 #BiggBoss14 #BiggBoss2020