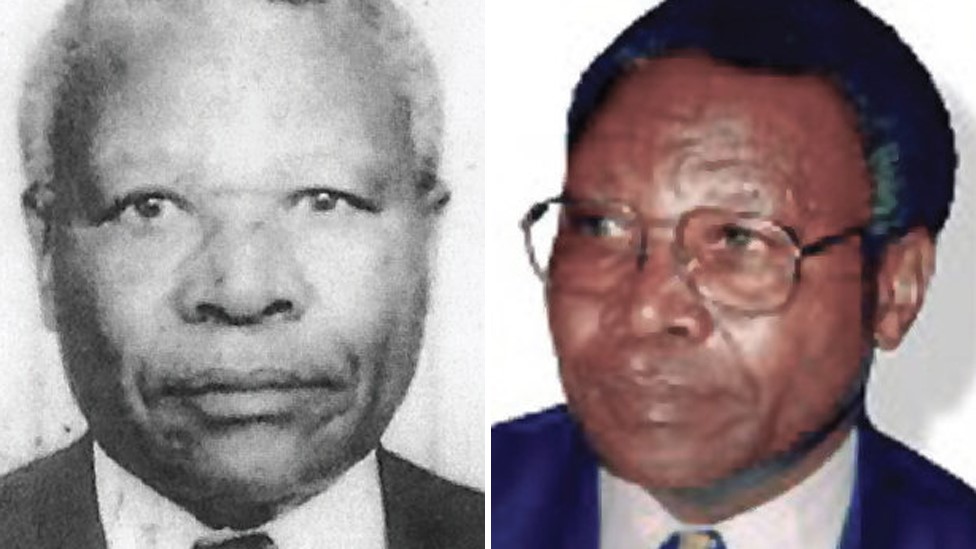 A top French appeals court has agreed to extradite the alleged financier of the Rwandan genocide, Félicien Kabuga, to face trial in Tanzania.

Mr Kabuga, 85, was arrested in May at his home outside Paris after 26 years on the run.

Mr Kabuga is alleged to have funnelled money to militia groups as chairman of the national defence fund. He denies all the charges.

During a court appearance in May, he described the accusations as “lies”.

Who is Félicien Kabuga?

What is he accused of?

Once one of Rwanda’s richest men, Mr Kabuga is accused of financing the Rwandan genocide.

He is alleged to have backed and armed ethnic Hutu militias who slaughtered about 800,000 ethnic Tutsis and moderate Hutus in 1994.

He set up the notorious Radio Télévision Libre des Mille Collines (RTLM), a Rwandan broadcaster that actively encouraged people to search out and kill anyone ethnic Tutsis.

In 1997 he was indicted by the International Criminal Tribunal for Rwanda (ICTR) on seven counts including genocide and crimes against humanity.

How did he evade capture for so long?

While on the run, he is alleged to have stayed in various countries in East Africa, including Kenya, where he and his family had business interests.

The French public prosecutor’s office said he had been living under a false identity with the complicity of his children.

He was finally detained in a dawn raid on 16 May in the Paris suburb of Asnières-sur-Seine.

What is the court in Arusha?

In the months that followed the genocide, the UN Security Council established the International Criminal Tribunal for Rwanda in Arusha, northern Tanzania.

It was set up to judge the ringleaders of the genocide and more than 60 people were sentenced.

That court was formally closed in 2015 and the Mechanism for International Criminal Tribunals (MICT) took over its mission to find the last genocidaires.

It has no police force, nor powers of arrest, instead relying on national governments to act on its behalf.