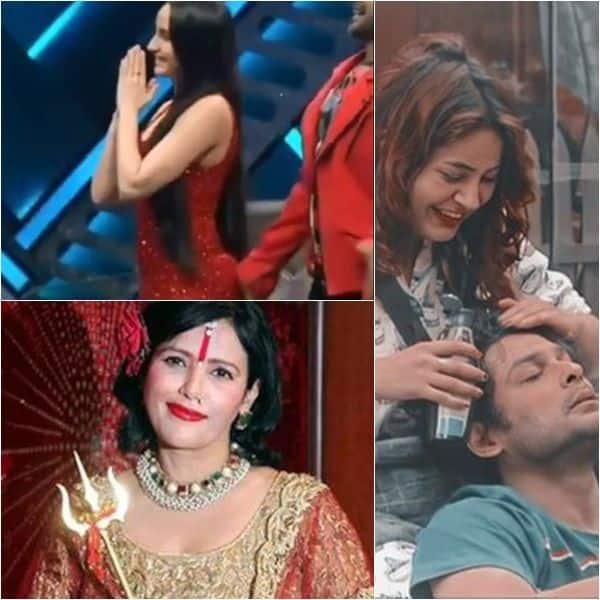 It is Saturday, and we are here to bring you some of the most talked about events from the world of television. From Nora Fatehi and Terence Lewis viral video to Neha Mehta opening up about her reason to quit Taarak Mehta Ka Ooltah Chashmah to Radhe Maa’s entrance in Bigg Boss 14, some telly news undoubtedly stood out more than others, leaving us both shocked and amazed. So, without much ado, let us walk you through the TV newsmakers of the week that rocked your television screens. Also Read – From Nora Fatehi-Terence Lewis’ viral video to Radhe Maa’s entrance in Bigg Boss 14 – here are the TV newsmakers of the week

A small video clip of Terence Lewis brushing his hand against Nora Fatehi’s butt on India’s Best Dancer’s stage had gone viral on social media for all the wrong reasons. Many people slammed Terence for touching Nora inappropriately. However, the Dilbar girl stood in support of Terence against the trolls and said that the video was morphed. She also thanked him for remaining poised and dignified throughout the unwanted episode. Also Read – Video of the week: Fanmade video of Sidharth Shukla and Shehnaaz Gill is beyond hilarious and will leave you nostalgic

A year ago, Shehnaaz Gill and Sidharth Shukla had set their eyes on each other on Bigg Boss 13 stage. It was undoubtedly the beginning of a new friendship which eventually turned out to be the most emotional bonds inside the house. From their on and off romance and heated arguments to supporting each other emotionally and enjoying moments together, Sidharth and Shehnaaz won many hearts with their loving chemistry. Their fans named them SidNaaz and till the end, they stayed together leaving everyone in awe of their emotional bond which seems to have gotten even more stronger out the Bigg Boss 13 house.

Just before Taarak Mehta Ka Ooltah Chashmah completed its 3000 episodes, Neha Mehta, who played the role of Anjali Mehta, was replaced by Sunayana Fozdar. She had been with the show since the first episode and her ouster shocked many. Talking about her quitting the show, Neha had told ETimes, “Yes, that happened. I wanted to consider my return. But I want certain decorum and conduct to change on the set. Majority and pressure works in today’s times but then, I shouldn’t be looking into that and spoil my mind.”

Self-proclaimed godwoman Radhe Maa has shocked everyone when she was seen entering into the Bigg Boss 14 house. A video of her holding a trishul in her hand and performing puja had gone viral on the internet. A source close to Spotboye had said, “Radhe Maa is not ready to keep her trishul out and go inside for the stay. Whereas the production house (Endemol) is making constant effort to convince her. As per Sukhvinder, her trishul has all divine powers and if she leaves that and enters the house, she will have to keep her powers also out. But as per the rules and keeping contestants’ safety in mind, the channel is not allowing anyone to carry any dangerous instrument inside. Well, the discussion is on among both the parties and no conclusion has come yet.”

Asha Negi recently shut down a troll who asked her get married saying ‘she was getting old.’ Earlier, in August the actress had posted a picture of herself on Instagram where she is seen standing next to an old house that had wrinkled walls. In her caption, Asha Negi wrote that the picture is from 2019 when she was celebrating her 30th birthday. However, a woman posted a nasty comment on her post. A woman named Sheeba Prabhudas wrote, “Matlab buddhi hogai shaadi karlo yaar tum se diwaar jawan hey.” Asha merged her image from 2019 with Sheeba’s comment and wrote, “When it’s a case of cyber bullying but the humour is too on point!!???? Dost humour ke 100 points magar is soch ka kya karein.”