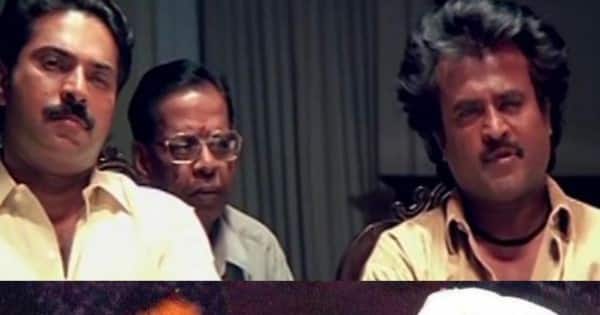 Just like Bollywood, watching two big actors together on the silver screen is a treat for South movie fans, too. While recent films like the Baahubali franchise, Master, Vikram Vedha, Janatha Garage, Jilla have given us that joy, there are upcoming ventures like RRR, Pushpa, KGF 2 and Mahesh Babu-Kamal Haasan’s film (reportedly), where we’ll again get to see two South biggies sharing the screen space. Since most of you must be waiting for these big-ticket ventures with bated breath, we thought of taking y’all on a trip down memory lane, revisiting the times when South superstars worked together in a project, which didn’t only turn out to be successful at the box office, but also a cherished memory for their fans. Also Read – When Salman Khan won our hearts with his REACTION on ex-girlfriend Aishwarya Rai’s wedding with Abhishek Bachchan

Pithamagan Also Read – From Salman Khan-Aishwarya Rai to Ranbir Kapoor-Deepika Padukone: 5 of our favourite celeb couples who parted ways and broke our hearts

In this 2003 Bala directorial, we saw Chiyaan Vikram and Suriya share screen space. The drama venture was a critical and commercial success, with Vikram bagging the National and Filmfare Award South for Best Actor while the Singam actor won the Filmfare Award South for Best Supporting Actor. Also Read – Haww! From Aamir Khan’s reported love child to Govinda and Rani Mukerji’s alleged affair; here are some of Bollywood’s best kept secrets – view pics

This cult-classic Tamil crime drama, directed by Mani Ratnam, was released in 1991. Featuring Rajinikanth and Mammootty in lead roles, the film was based on the friendship between Karna and Duryodhan, characters from the Hindu epic, Mahabharata. It also featured Arvind Swami, Jaishankar, Amrish Puri, Srividya, Bhanupriya, Shobana and Geetha in pivotal roles.

The Rajiv Menon directorial saw Thala Ajith and Mammootty coming together, with Tabu, Aishwarya Rai and Abbas portraying pivotal roles. Released in 2000, the film was a blockbuster and bagged two Filmfare Awards South for Best Film and Best Director with Shankar Mahadevan winning the National Award for Best Singer for the song Enna Solla Pogirai.

In this 1976 venture, which was directed K Balachander, we saw Rajinikanth getting his first major role, sharing screen space with Kamal Haasan. It also marked Sridevi’s first role as an adult at the age of 13. Thalaivar and Ulganayagan went on to collaborate for 16 films.

The two big Ms of Mollywood, Mohanlal and Mammootty, worked together in 50 films. While most of them are box office hits, 1983’s Iniyengilum was a special film as the duo played brothers in this venture. The political drama, which was a box office smash, also featured Ratheesh, Lalu Alex and Ranipadmini essay noted characters.

Scientists cautious over whether fall in UK Covid cases is a...