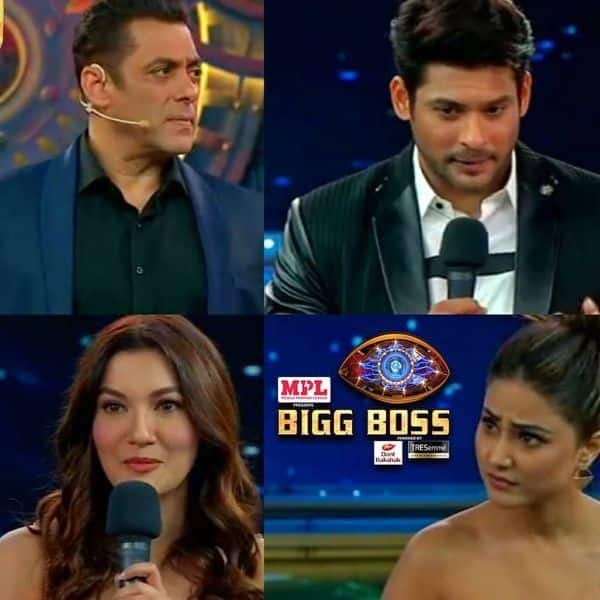 Bigg Boss 14 begins from today and fans are super excited about it. The show has been in the news for a long time and this season will be different because of the restrictions imposed due to the coronavirus outbreak in the country. This season the makers have brought in a spa, a mall and a theatre inside the house itself. The contestants who will be locked inside will get to enjoy these luxuries. They have also introduced the first contestant during a virtual live press conference and Jaan Sanu is the one who will be locked inside. Many promos of contestants have come out and we now clearly know who are those celebrities. Until now, we have seen Eijaz Khan, Pavitra Punia, Nikki Tamboli, Rubina Dilaik and Abhinav Shukla, Radhe Maa’s promo videos. Also, there will be an amazing addition this season. Yes, we are talking about the mentors who will be entering the show. Sidharth Shukla, Gauahar Khan and Hina Khan will be entering the house along with the contestants. Also Read – Bigg Boss 14 PROMO: Gauahar Khan calls Sidharth Shukla ‘Gali Ka Gunda’

They will act as their guide in the house. A promo of the show released recently and it has set the internet on fire. In the promo, we see Bigg Boss 13 winner Sidharth Shukla and Bigg Boss 7 winner Gauahar Khan arguing. Salman Khan asks Gauahar Khan about the opinions she had made about Sidharth during season 13. Gauahar Khan calls Sidharth Gali ka gunda, Khane ka saleekha nahi and Baat karneki tameez nahi. She also said that she has a problem with gaali. Sidharth defended himself and said that however he was he was real. Gauahar Khan replied to this and said, ‘Sir aap sunte nahi hai.’ Take a look at the promo: Also Read – Bigg Boss 14: From Salman Khan’s performance to contestant intros, here’s all you need to know about the show’s premiere

Well, this fight between the mentors itself proves that we are going to have an interesting season. How will they stay together inside the house will be worth watching. Also Read – Bigg Boss 14: Sidharth Shukla’s 14-day stay inside the house comes at a hefty price