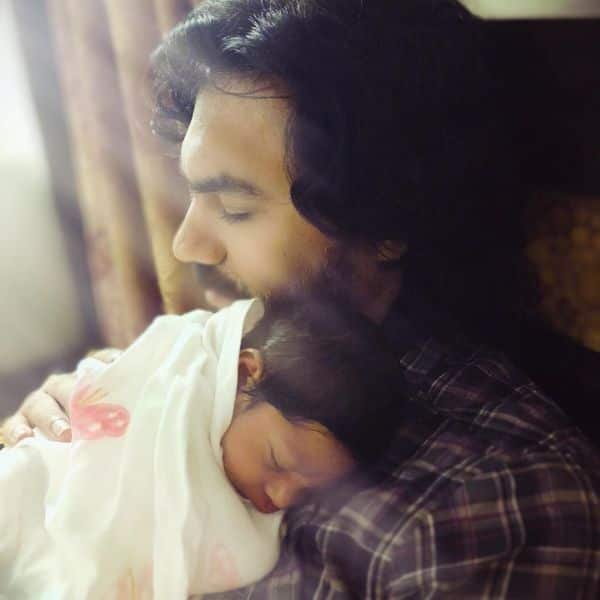 Gaurav Chopra and wife Hitisha Cheranda welcomed a baby boy on September 12 in Bengaluru. He has been sharing a lot of pictures with his baby boy and it’s super cute. However, recently he shared a video of himself holding his little prince and singing an adorable lullaby for him. Gaurav Chopra had lost both his parents recently but he became a father as well during this time. The actor is thankful to God for this gift but also misses his parents. Along with his video, Gaurav also penned down a long note where he spoke about embracing fatherhood and also remembered his father. He wrote, “Both of us are two weeks old today … Our #princeChopra and me , the infant #daddy ..both learning .. this is the #lori I sing to him ..he’s kind enough to ignore the lack of rhythm and tune .. and falls asleep each time … sometimes both the infants : him and me fall asleep ..he loves to wriggle and snuggle into my neck ..” Also Read – Gaurav Chopra’s adorable lullaby for his little prince will leave you emotional

“Had mentioned this song in a previous post .. had improvised this for a scene in #uttaran , its originally from #kabhikabhie ..Hope you’re kind enough to ignore the besuri singing as well..??? Tomorrow it shall be a month to my father passing away …While I take baby steps to become a daddy ,he guides and mentors me from within .. If only …Sending out love and wishes and asking for blessings ,like always …” Take a look at his post here: Also Read – Gaurav Chopra shares the FIRST picture of his baby boy, and it’s super cute!

Gaurav Chopra spoke about the feeling of becoming a father for the first time in an interview with Bombay Times. He said, “I am so happy that we have got the baby home now. Hitisha, her parents, grandmother and I take turns to look after him. Hitisha’s friends, and my brother and bhabhi decorated the entire house when we brought him home from the hospital. It was an emotional moment and I missed my mother the most. She would have been ecstatic if she were here to see her grandson.” Also Read – Kasautii Zindagii Kay 2, Nia Sharma, Bigg Boss 14 — here are the TV newsmakers of the week