A Cheeseburger does a Star Turn at the Happiest Hour 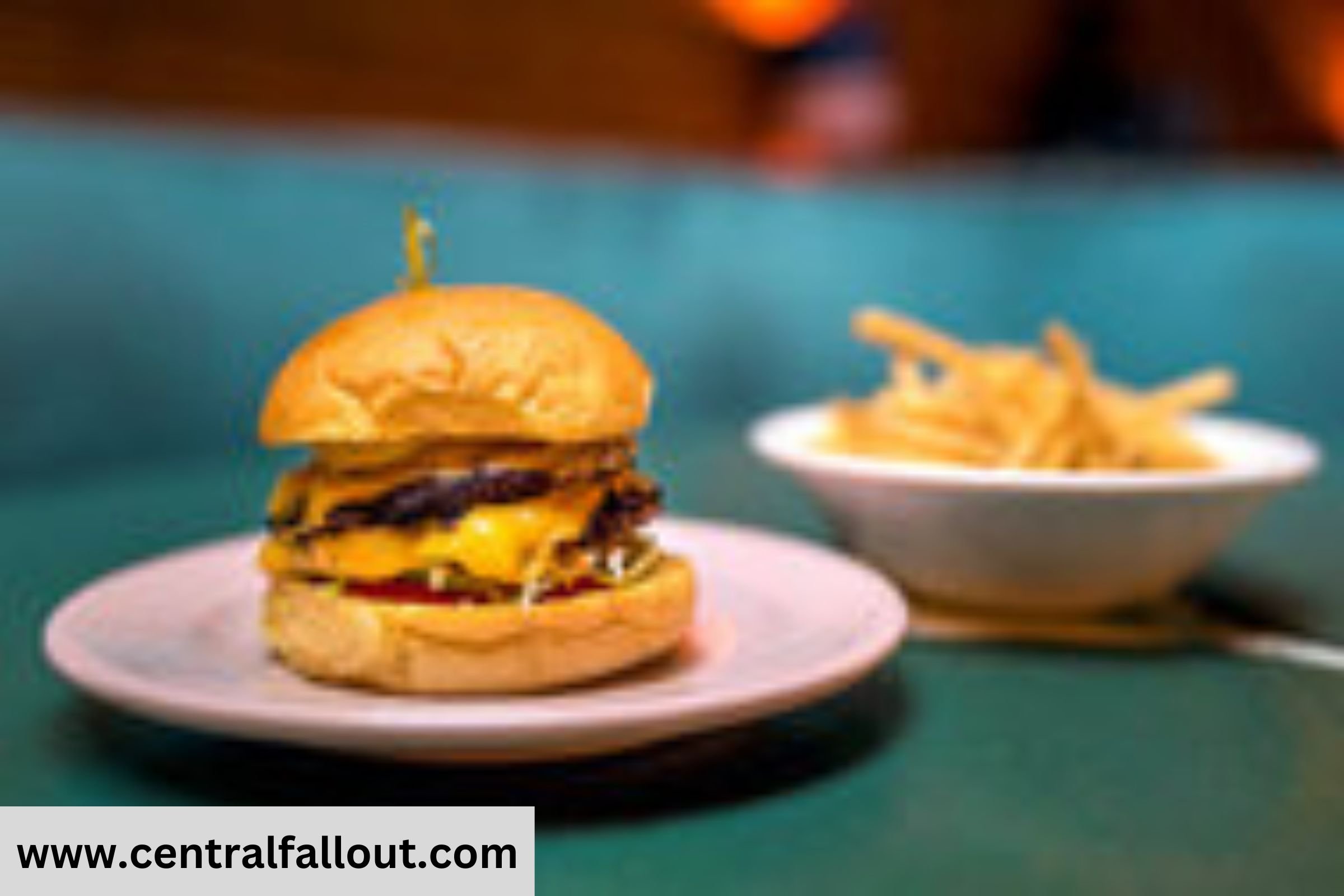 It was the first time I heard of the Happiest Hour burger. This is a bar in Greenwich Village that features a burger and a playlist by Tom Petty.

I remember a routine from the early 1990s when I was a music columnist for a Santa Barbara daily newspaper. We used to cross Anacapa Street together and end a long week of deadlines with a quick meal.

It was a simple meal consisting of a juicy hamburger and a discounted martini at the Paradise Cafe, which is a West Coast institution.

That was a great experience that I will never forget. Roddy Lumsden, a Scottish poet, writes about this type of appetite memory in a beautiful poem called “Specific Hunger.” He talks about how we feel when we crave “sweet deep-fried sausages” from a chip shop or “chicken with soy sauce from a take-out.”

Early reports on the Happiest Hour revealed a particular hunger in me. I needed the salty-beefy gooey pleasure of the Cali-style hamburger, and I wanted it to be paired with the clear, icebergfrosty ping of an iceberg-frosty martini.

After several visits, I realized that the Happiest Hour’s owners (veterans from Acme and Pegu Club) were suffering from the same flavor blindness as my own.

Even though there were many other options, I quickly realized that the majority of the dishes on the menu weren’t worth ordering.

Bonsai Chicken Bites was somehow reminiscent of the June Gloom color that Southern Californians refer to as June Gloom. It had spent enough time in oil to develop the texture of old saltwater tacky.

The World’s Best Burger Lollipop seemed to have serious doubts about its global importance. It had gummy bacon, an unwelcome tug at sweetness, and a thick bready roll for a roof.

A BLT is craveable because it has crispiness, freshness, and an open embrace of mayonnaise. These were all ignored by this sandwich. It was too good to not finish.

That burger! Although there are many options, the 12 Happiest Burger is the best. It’s a direct tribute to In-N-Out’s California-born burger. The burger is double-patties and expertly seasoned. It’s rich with American cheese and canyon-deep in flavor from onion confit.

The burger is delicious with the cocktails.

The Gibson is sour because of the pickled onions brine. The Link Ray is reminiscent of what would happen if a Bloody Mary and a mojito had a baby named Celery.

A separate bar downstairs is called Slowly Shirley. It looks almost like a Hollywood canteen, where Bogart or Bacall might have had a secret date in 1944. The burger is paired with the FAF martini, a cold and smooth drink. Eureka!

Even the burger can make you forget about inept service. I once sat at a low dining table in the loud Happy Hour and told the host that I would eventually need an extra chair for my sister. She arrived later. It was no problem.

My request for an extra chair was met with a refusal. With a sigh, I was told that there were no more chairs. Naturally, I offered my chair to my sister while I sat down on my knees. We continued our conversation.

This was how I ate for quite a while. My knees were grinding to the ground. This mode of eating seemed to not be an issue for the staff. It was busy, so no one ever made sure I was properly seated.

Perhaps the servers knew that I was not likely to complain as long as there was a burger on the table.

Is Mark Cheating On Sunrise Coigney With His Team Member?