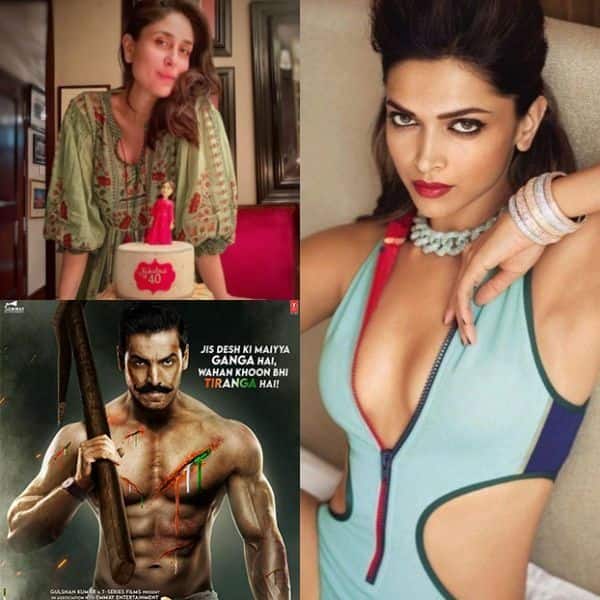 As another day ends, it’s time to look back at the biggest newsmakers who’ve made it to the trending entertainment news today. From Kareena Kapoor ringing in her 40th birthday and John Abraham’s Satyameva Jayate 2 booking next Eid to Payal Ghosh refusing to accept Richa Chadha’s legal notice, and Deepika Padukone and Shraddha Kapoor’s names being linked to Bollywood’s drug nexus – Bollywood dominated headlines to grab the trending entertainment news today. So, without further ado, here are the entertainment newsmakers of 21st September 2020: Also Read – Aamir Khan – Election Commission’s National Icon for Lok Sabha Elections 2014

Here is the big announcement of the morning. John Abraham and Milap Zaveri’s Satyameva Jayate 2 is going to release on May 12, Eid 2021. The filmmaker had been working on his script in the lockdown. While the first film was set in Mumbai, Satyameva Jayate 2 will be in the charming town of Lucknow. This time, John Abraham will be paired with Divya Khosla Kumar. She is making a comeback as an actress after a long time. The film focuses on how corruption affects the common man.

Richa Chadha has slammed Payal Ghosh with a legal notice for dragging her name into the sexual harassment controversy levied on Anuag Kashyap. What’s more, a spokesperson from the Fukrey actress’s team had revealed that Payal Ghosh has refused to accept the delivery of the legal notice.

The drug angle in Sushant Singh Rajput’s death investigation has surely widened after Rhea Chakraborty’s arrest. It was reported a few hours ago that the Narcotics Control Bureau (NCB) will summon Bollywood actors Sara Ali Khan and Shraddha Kapoor for questioning. And now Deepika Padukone’s name has cropped up in the drug scandal, according to a Times Now exclusive report.

The drug angle in Sushant Singh Rajput’s death seems to be widening as the Narcotics Control Bureau (NCB) will summon Shraddha Kapoor along with Sara Ali Khan for questioning. It is also being said that the NCB will also ask Rakul Preet Singh and fashion Simone Kambhatta to join the probe next week. However, Shraddha’s fans are unhappy with the Chhichhore actress’ name being dragged into the case.