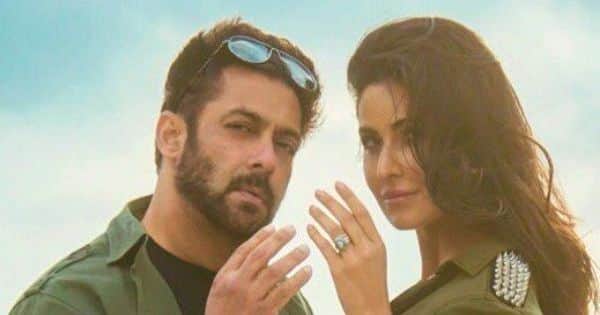 Tiger 3 is one of the most awaited films. After the success of Ek Tha Tiger and Tiger Zinda Hai, it will be interesting to see how the story will progress this time around. After a break due to the second wave of Coronovirus, the team is all set to resume the shoot. Salman Khan had dropped a hnit yesterday when he posted a video in which he was working out. “I think this guy is training for Tiger3,” read his caption. And we now have confirmation for you. Also Read – After Pathan, Salman Khan and Shah Rukh to share screen space for THIS biggie? Here’s what we know

A close hand reveals that Salman and Katrina Kaif will resume the film’s shoot tomorrow at YRF studios while details of Emraan Hashmi’s schedule are awaited. The film is a spy thriller and according to reports, Emraan is playing the antagonist. Also Read – Suniel Shetty opens up about his daughter Athiya and her rumoured boyfriend KL Rahul’s affair; says ‘They are a good-looking couple and they look good together’

Another YRF film that is expected to be huge is none other than Shah Rukh Khan starrer Pathan. There were reports stating that SRK will pause his Pathan shoot for his cameo in Tiger 3. However, that is not the case. Both the films will be shot simultaneously at YRF Studios. Also Read – GoodBye: Amitabh Bachchan channels his inner DJ at the film’s wrap up party; Rashmika Mandanna, Pavail Gulati and others groove to his tunes – view pics

Not just Salman, but even Emraan has been prepping for the film. A few days ago he flaunted his washboard abs in a gym pic. “Only just the beginning!!!” his caption read. “I would love to work in the franchise. I would love to work with Salman. It has always been a dream and hopefully it will come true,” Emraan told PTI recently.

At an event a few months ago, the actor was asked about the film. He said, “I don’t know. Am I a part of it? I’m hearing this news of me doing the film from the media. The talks are on. Ask Tiger (Salman Khan) if I’m doing the film or not.”