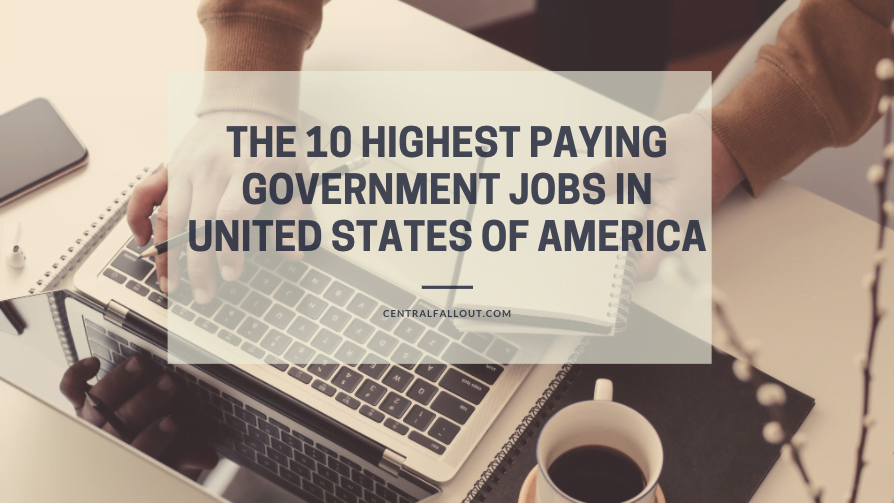 Is someone looking forward to a bigger paycheck? The United States is a country that is full of opportunities. Those who want a better job opportunity. The greater job security. Then it can go for government jobs.

Government jobs are associated with lots of something extra money. Advantages in the form of a pension. Great honor and respect attaching to employment. Let us check out the top 10 highest-paying jobs in the United States of America.

On the Field of Science and Mathematics astronomers has to gain a lot of experience and knowledge. It is a part of the job to conduct researches on the universe. By collecting some data on Stars, Moon, and Planet. Uses telescopes and computer theories to develop a scientific theory. Pen down the important research proposals. The annual salary of the post of Astronomer is around $116,700.2.

As the finance manager is the one. Who needs to look after the government project overseas. Then put into effect or to use cash management policy for State, Federal, Local government. It can also look after government investment activities.

The duties may changes. Some jobs will require one to become an auditor or treasurer. But other designations may be the chief financial officer or inspector. The annual salary of the post of Finance Manager is around $101,022.

In the field of law. There are various positions that are opened. Where one may work for the government. Also, earn a handsome salary. If one should want to work with the federal government. Then one needs to draft the regulations and provide them. A lawyer is supposed to counsel. Give some suggestions to federal employers. Work on the government policy.

4. The Job of an Economist

If one is holding a Ph.D. degree in economics. Then one should have a lot of employment opportunities. As an economist, one may study the role of government. In implementing the economic policies. For advising on growths and various improvement measures.

That is to be taken in the field. An economist studies effect of tax cuts, budgets, welfare policies. Also an excess of expenditure. The annual salary of the post of Economist should be around $94,098.5.

5. The Job of Criminal Investigator

The job of the Criminal Investigator is risky. But during the course, the investigator obtains many qualities. Investigators work for the government. But as an applicant for the job. One should need to have experience in the insurance and military. One can expect a salary of around $88,174.6.

An architect’s job is also a high-paying one. Where the salary may be around $85,960. Reputed architects work for government projects. The job possibility in the field is very high.

A computer scientist works in the field as a Scientist, Researcher, and Theorist. This job profile needs a high level of commitment from the side. The salary of the post of this job may move up to $90,929.

A chemist’s job also pays handsomely. The salary of the post is may reach up to $90,000. The competition is really tough. It is difficult to secure a government job. One can get a job in the field of manufacturing. One should be recruited through Chemical Industry.

9. Job of a Microbiologist is High Paying

As a Microbiologist, one should need to specialize in food, agriculture, and the environment. The government program also offers internships. Again the salary of the post reaches up to the amount of $87,206.

10. High Paying Job of a Librarian

If one has a Master’s Degree in Library Science. Then one may become a Librarian. The post of Librarian has earned a salary of around $78,665.

The better options from the government of the United States. More applicants are their profile into these various jobs. To get a super good handsome salary.

If some Queries or Questions is persisting then, please comment on the viewpoints.

Ashley Olsen’s Walk in the Woods With a Machete

Sustainability and Climate Change: Join the Conversation with Experts