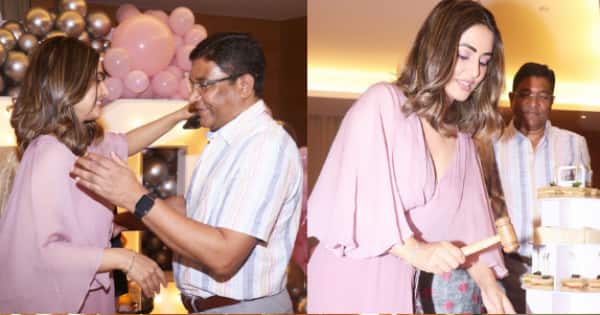 In April this year, Yeh Rishta Kya Kehlata Hai actress Hina Khan lost her father due to cardiac arrest. The actress wasn’t in the city when her father breathed his last. She had been in Jammu with her mother fulfilling her professional commitment. And three months later, Hina Khan is still not able to cope with her loss. It is known fact that Hina had been very close to her father. Now, just a couple of hours ago, Hina Khan penned a heart-wrenching note for her father, reminiscing their times together. She shared a couple of picture with her father and wrote, “Tumhaari khushi mai hi meri khushi He said, #Always. The First one to clap for me (wholeheartedly). Miss the sparkle in your eyes Dad… Three Months Today. 20th April 2021. DADDYS STRONG GURL. This is what u always called me… Not that strong to bear your loss Dad.” Check out Hina’s post of her dad below: Also Read – Hina Khan gets teary-eyed as she remembers father Aslam Khan; reveals of being COVID-19 negative – watch video

Just after the demise of her father and upon her reaching Mumbai, Hina Khan found out that she has been tested positive for COVID-19. The actresses couldn’t even grieve with her mother and stay by her family’s side in their tough times. She had penned a tearing note that read, “A Helpless Daughter. Who can’t even be with her mother to comfort her, when she needs her the most..Dear people times are tough very tough for not just us, but everyone around..But thrs a saying, Tough times don’t last, Tough people do.. And I am, was and will always be my Daddy’s Strong Girl..Send in your prayers plz. Let thr be light..Dua.” Here’s Hina’s post: Also Read – Dilip Kumar’s younger brother Ehsan Khan, who was COVID-19 positive, passes away at 90

Meanwhile, on the work front, Hina Khan’s Baarish with Shaheer Sheikh has been winning hearts. Her film Lines is going to premiere by the end of this month on the OTT platform. Also Read – Saira Banu on Ehsaan Khan and Aslam Khan testing positive for COVID-19, ‘They should recover well by the Grace of God’

BTS to perform Billboard Hot 100 No. 1 hits and special cover for BBC...