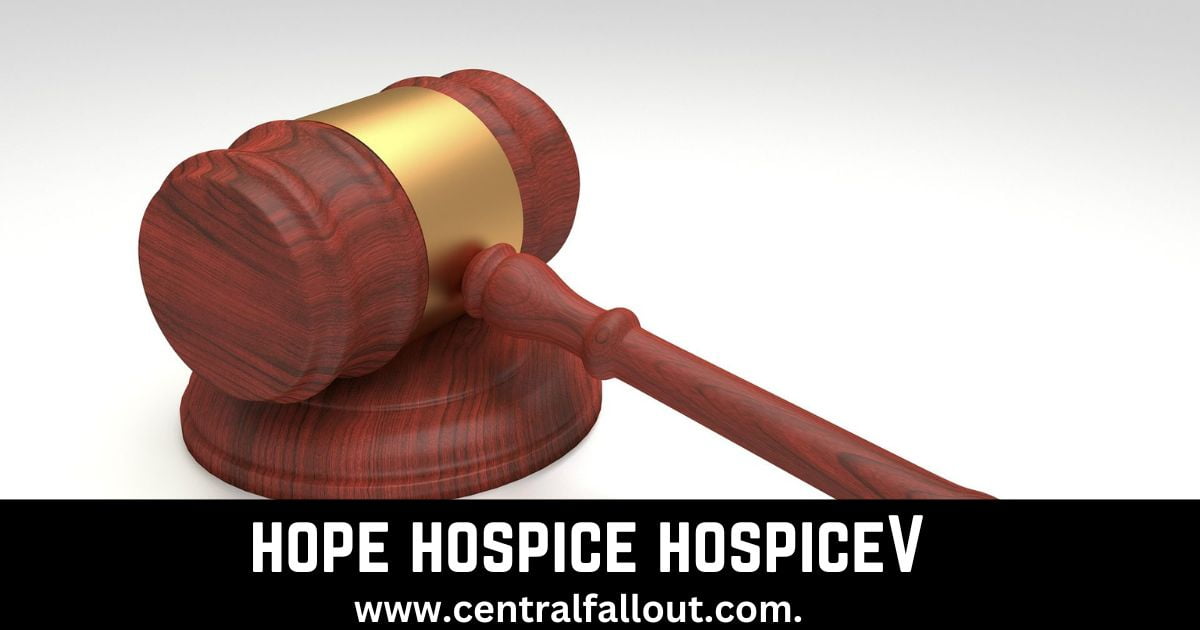 Hope Hospice will pay $3.2 million in the United States to settle allegations it submitted false claims to federal authorities.

Hope Hospice released a statement Wednesday saying that the resolution did not include any admissions of liability or determinations of wrongdoing. Hope can continue to provide essential hospice care throughout Lee, Hendry and Glades counties.

“The settlement was reached due to disagreements regarding documentation for care given to Hope’s hospice patients in 2010 and 2016. The government did not at any time suggest that the care was not rendered.

Hospice care is a special type of end-of-life care that helps terminally ill patients to comfort their dying. Hospice care patients are generally not eligible for traditional medical coverage to treat their illness.

Instead, they receive medical care that is focused on alleviating the pain and stress associated with a terminal illness. If their illness progresses normally, Medicare patients who are terminally ill or eligible for hospice care have a six-month life expectancy.

GIP can be used to manage pain or symptoms that are not possible in other settings such as the patient’s own home. GIP is short-term care and is paid at a higher cost than inpatient respite or routine home care.

The settlement agreement states that Hope Hospice submitted false claims to Medicare, Medicaid, and TRICARE from January 1, 2011 to June 30, 2016.

These claims were for GIP hospice care not required by certain patients. Hope Hospice billed more than two weeks of GIP care

Hope Hospice entered into a Corporate Integrity Agreement with HHS OIG as part of the settlement. The CIA encourages compliance with all statutes, regulations and program requirements of Medicare, Medicaid and other federal health care programs. It focuses on the submission and billing of reimbursement claims by Hope Hospice.

Maria Chapa Lopez, United States Attorney, stated that seniors depend on hospice to provide quality care, dignity, and respect when they are in terminal illness and require end-of-life services.

“This settlement and investigation demonstrates our commitment to fighting health care fraud and protecting this vital benefit’s financial viability.”

Attorney General Ashley Moody stated, “Hospice has brought peace of heart and reduced suffering for so much Floridians’ and their families.

We must ensure that this kind of compassionate care is not exploited, and that Medicaid recipients who are nearing the end their journey can access these resources to bring dignity and peace for those suffering from terminal illnesses.

I am proud to partner with federal agencies to protect the integrity of Florida’s hospice care.

Special Agent in Charge Omar Perez Aybar, U.S. Department of Health and Human Services Office of Inspector General (HHS OIG) stated that hospice care was designed to provide quality care for the end-of-life and is only medically necessary – and reimbursable under Medicare – for patients who are terminally ill.

“HHS OIG will continue to aggressively pursue and hold accountable those who knowingly submit fraudulent Medicare or Medicaid claims in conjunction with our investigative partners and prosecutive partners.”

“This settlement is representative of high-quality, uncompromising work done by DCIS and our investigative partners, as well as the U.S. Attorney’s Office in order to ensure the integrity of Department of Defense’s healthcare system,” commented Cynthia A. Bruce Special Agent in Charge Southeast Field Office, Defense Criminal Investigation Service.

We will investigate all allegations of fraud, waste, and abuse that could jeopardize the precious healthcare resources of our military families.

This settlement resolves a lawsuit that Margaret Peters, formerly Hope Hospice’s director of hospice care, originally filed in U.S. District Court of the Middle District of Florida. Peters sued under the Qui Tam, or Whistleblower, provisions in the False Claims Act, which allows a private citizen, to sue the U.S. for false allegations and share in the recovery.

The case is captioned U.S. & the State of Florida ex rel. Margaret Peters v. Hope Hospice and Community Services et al, No. 2:16-cv-6-FtM-99MRM. The Act allows the U.S. government to intervene in the case and prosecute it. Peters will be entitled to 19% of the settlement proceeds with Hope Hospice.

The investigation was conducted by the Fort Myers Division of the U.S. attorney’s Office for the Middle District of Florida and Trial Lawyer Holly H. Snow, from the Civil Division’s Commercial Litigation Branch. With assistance from the U.S. Department of Health and Human Services, Office of Inspector General and Defense Criminal Investigative Service and the State of Florida Medicaid Fraud Control Unit Civil Enforcement Bureau, The settlement only addresses allegations and does not determine liability.

It does not admit liability or determine wrongdoing. Hope can continue providing vital hospice care and services in Lee, Hendry and Glades counties.

This settlement was reached due to disagreements over documentation regarding care given to Hope’s hospice patients in the period 2010-2016. The government did not at any time suggest that the care had been denied.

“Hope has provided comfort and peace for all those in our care for 40 years. Samira K. Beckwith, Hope President and CEO, stated that if our organization had unlimited resources, we would continue to pursue the necessary and appropriate care.

“Hope can now dedicate its resources to caring for the thousands who depend on Hope every single day by ending this costly legal distraction,” said Samira K. Beckwith, Hope President and CEO. Our resources are becoming more valuable as we deal with this pandemic.

Hope has an extensive, long-standing compliance program. It involves qualified professionals as well as external auditors. The organization has been able to participate in numerous routine audits without any problems over the years.

Beckwith stated, “We are committed to serving patients in our care with integrity.” “I support the clinical judgements of our experts and have confidence that our compliance, regulatory and quality standards are in place. We are committed to providing the best care possible for all who need Hope.