Ian Fraser is the author of ‘Shredded: Inside RBS: The Bank that Broke Britain’

Following the global financial crisis, Iceland came down hard on its bankers. As of 2018, 25 of them — including the chief executives of leading banks — had been jailed. The approach won plaudits among some because it was seen as a way to enable the country to reform its financial sector and rebuild its economy.

But such conventional wisdom is wrong, argues Jared Bibler, the lead investigator at Icelandic regulator the Financial Supervisory Authority (FME) whose own probes culminated in sending some of these guilty bankers to jail. Now, in his recent book, Iceland’s Secret: The Untold Story of the World’s Biggest Con, he says the country’s approach has neither cleaned out the Augean stables of Icelandic finance nor slain “the dragon of deeply corrupt financial markets”.

The Icelandic banking crisis, which came a few weeks after Lehman Brothers filed for bankruptcy on September 15 2008, was more extreme and longer-lasting than those endured almost anywhere else. This was partly because the country’s three largest banks — Kaupthing, Landsbanki and Glitnir — had been allowed to swell their balance sheets to gargantuan proportions. Their assets were 11 times the country’s gross domestic product at the time of their collapse, making bailouts all but impossible.

Few people are better-equipped to chronicle this extraordinary saga than Bibler. A graduate of MIT, he moved to Reykjavik in summer 2004. He had a ringside seat as the Nordic nation’s banking sector over-extended itself and imploded, first as an asset manager at the country’s second-largest bank, Landsbanki, then as a regulator. His book is a blend of candid personal memoir and a Nordic noir that reveals his jaw-dropping discoveries as a regulator. 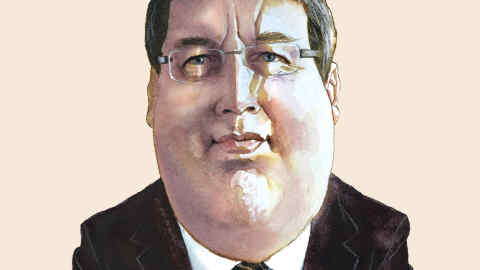 Three days after starting as an investigator at the FME in April 2009 (he became lead investigator once he had hired a team), Bibler was handed a dossier showing evidence of market abuse by Kaupthing. After poring over extensive trading data and five years’ of emails — plus a top-secret file of major loans leaked by WikiLeaks — he built the “Big Kaupthing Market Manipulation Case”, which was couriered to Iceland’s notoriously driven prosecutor Olafur Hauksson within six months.

Delving deeper, Bibler and his team discovered that, in every year since 2004, Glitnir, Landsbanki and Kaupthing had engaged in illegal share-support operations on a massive scale. These securities frauds involved the banks extending huge loans to British Virgin Islands-based shell companies, which had been set up with the sole purpose of secretly buying up the banks’ shares and inflating their share prices, with only the shares themselves as collateral — or variations on this theme.

Bibler says these crimes normalised corruption right the way across the three institutions’ operations — and indeed across wider Icelandic society. He also makes clear they were far from being victimless. Suckered into believing these three “crown jewels” of Icelandic finance were safe, shareholders lost everything when the banks’ share prices dropped to zero in October 2008. The failures, coupled with the UK government’s decision to use anti-terror legislation, which meant freezing Landsbanki’s UK assets in a bid to protect the banks’ British depositors, brought the country to its knees. The value of the krona halved and Bibler and his Icelandic fiancée lost their house and 90 per cent of their savings, and were reduced to eating bjugur (horse meat sausages).

Despite his successes, Bibler believes he only managed to scratch the surface of financial corruption in Iceland. He resigned from FME in November 2011, after his team was dismantled from under him as the regulator’s appetite for pursuing criminal bankers began to wane. He feels ancillary activities around the illegal share support schemes have been swept under the rug, and that some of the worst crimes — including the alleged use of fake invoices to cheat Iceland’s central bank of its foreign-exchange reserves — persisted in the sector for at least six years after the banking crisis. He also believes that, as many of the guilty bankers were released early with their wealth and status largely intact, the deterrent effect of their hard-won sentences was reduced.

Though I could have done with some photographs and an index, Iceland’s Secret is a fantastic read. An eye-opener and a cautionary tale, it is evidence of the brazen and protracted frauds that can occur if bankers are given a free pass by a country’s journalists, regulators, politicians and government. The trouble is that, according to Bibler, unless regulators globally wake up and find some backbone, similar sorts of shenanigans could be going on in any corner of the financial markets, not just in Iceland, with potentially devastating results.

Key Bund yield on brink of turning back above zero

CentralFallOut is your news, entertainment, music fashion website. We provide you with the latest breaking news and videos straight from the News industry.
Contact us: [email protected]