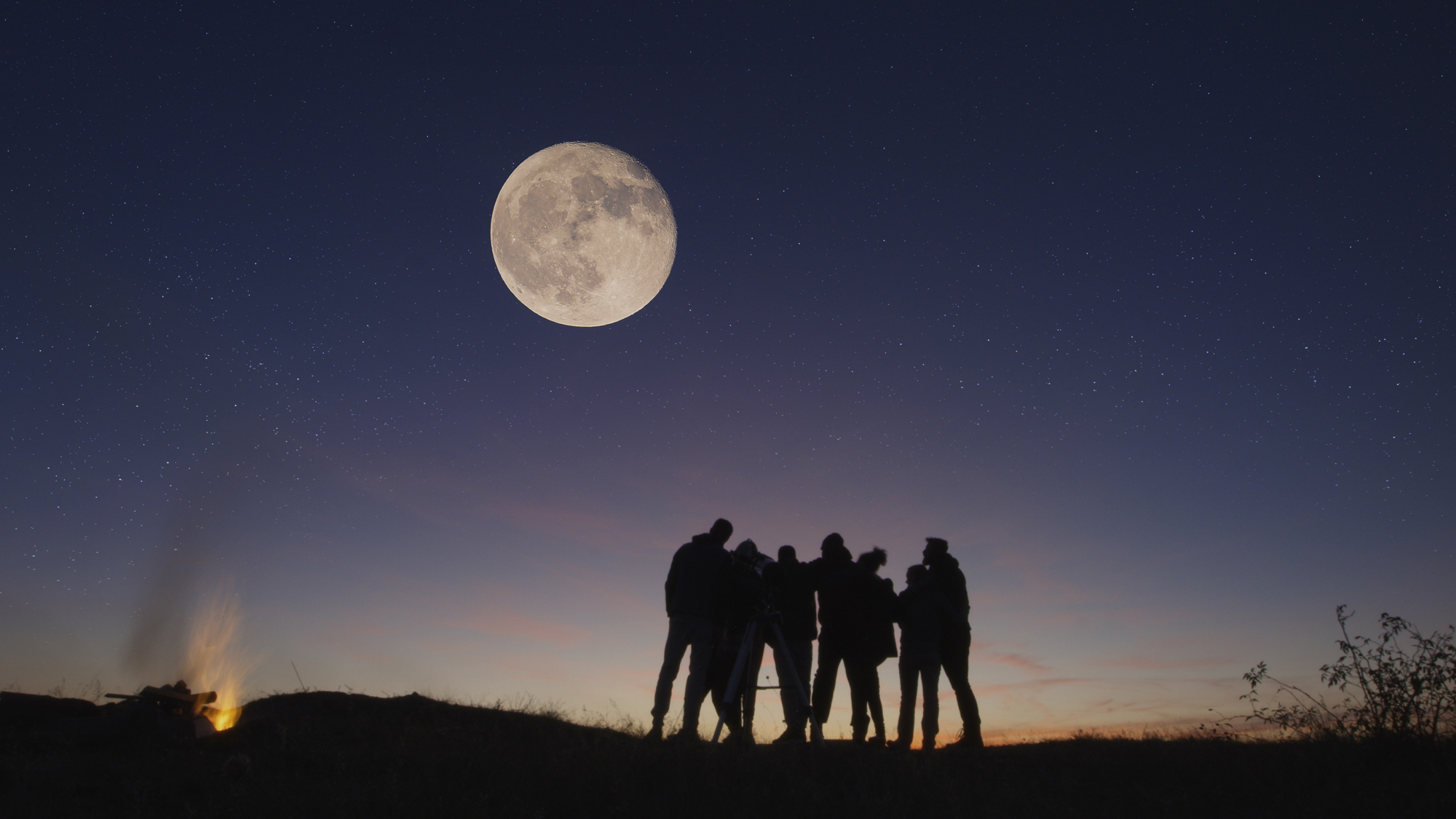 As International Observe the Moon Night goes virtual this year, NASA is inviting the public to join the celebration online with a live broadcast from the agency’s Goddard Space Flight Center in Maryland.

The center will host a live event on Saturday (Sept. 26) at 7 p.m. EDT (2300 GMT) with pre-recorded videos and demonstrations followed by a live question-and-answer session with NASA scientists and engineers. You can catch the action live here at Space.com, courtesy of NASA TV, as well as on the Goddard Visitor Center Facebook page and on YouTube.

While science is often the dominant discussion in talking about the moon, the event is also meant to celebrate the cultural and personal connections that individuals and communities have to our natural satellite, NASA said in a statement.

Related: How to observe the moon (infographic)

The one-hour event will include lunar videos, a demonstration on how to build a simulated volcano at home, a discussion on geology and art, and a presentation on the Stratospheric Observatory for Infrared Astronomy (SOFIA) that is searching for lunar water from its platform on a modified 747 aircraft.

The event is taking place as NASA seeks funding to continue with Artemis moon missions ahead of a planned human moon landing in 2024. The agency hopes to send the uncrewed Artemis 1 mission around the moon in 2021 to test the Orion spacecraft and Space Launch System rocket.

In the meantime, NASA is gathering information about potential Artemis landing sites with the Lunar Reconnaissance Orbiter, which has been studying the moon from orbit since 2009,  searching for water and learning what the moon is made of.

Closer to home, you can follow the moon’s changing appearance through its monthly lunar phases and also set your calendars for the next lunar eclipse visible from the United States, which will take place on Nov. 29.