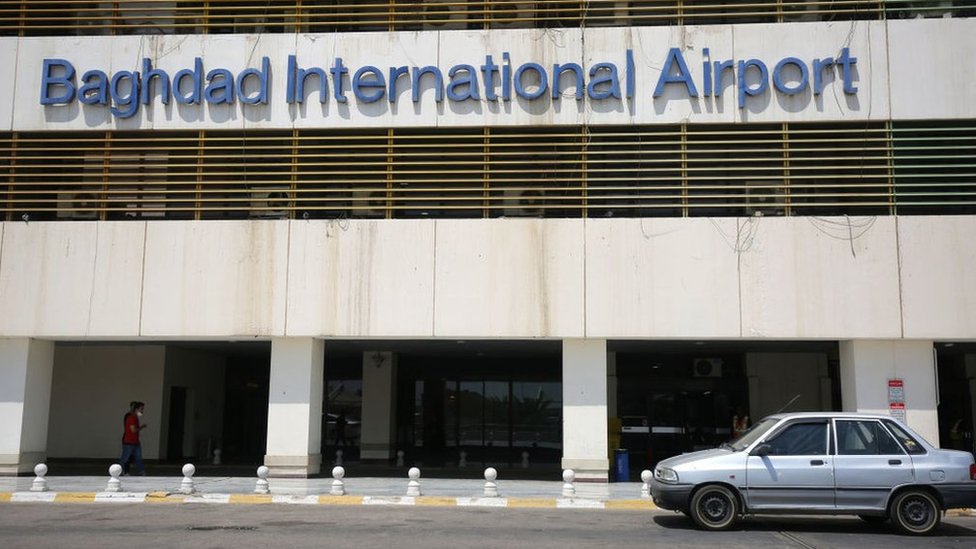 Five Iraqi civilians have been killed after a rocket hit a house near Baghdad airport, the Iraqi army says.

The victims were two women and three children from the same family. Two other children were wounded.

No group has said it fired the rocket. But the airport, which includes a US military base, is often the target of attacks blamed on Iran-backed militias opposed to the American presence.

This was the first time in months that one has caused civilian casualties.

Personnel would be held responsible for their “inaction and allowing such security breaches”, a statement said.

Mr Kadhimi called for the enhancement of efforts “to limit these crimes that terrorise citizens” and promised not to allow “these gangs to wander freely and tamper with security without receiving their just punishment”.

The Iraqi government’s failure to stop rockets being launched towards the airport and the US embassy compound in Baghdad’s heavily fortified Green Zone has caused tension with Washington.

US Secretary of State Mike Pompeo reportedly warned President Barham Salih in a telephone call last week that the embassy would be closed if the attacks continued.

The state department said on Sunday that it would not comment on Mr Pompeo’s private conversations with foreign leaders. But it noted: “Iran-backed groups launching rockets at our embassy are a danger not only to us but to the government of Iraq.”

There were at least 39 rocket and bomb attacks targeting US interests in Iraq between last October and the end of July, according to AFP news agency. Since August, there has been almost the same number of attacks.

Earlier this month the US said it was reducing the number of troops in Iraq from 5,200 to 3,000. Those remaining will continue to advise and assist local forces in “rooting out the final remnants” of the Islamic State group.

The US presence has been a major issue in Iraq since the US killed top Iranian general Qasem Soleimani in a drone strike near Baghdad’s airport in January.

The Iraqi parliament subsequently approved a non-binding bill urging the government to “cancel the request for help it presented to the international coalition”. But it was not implemented.