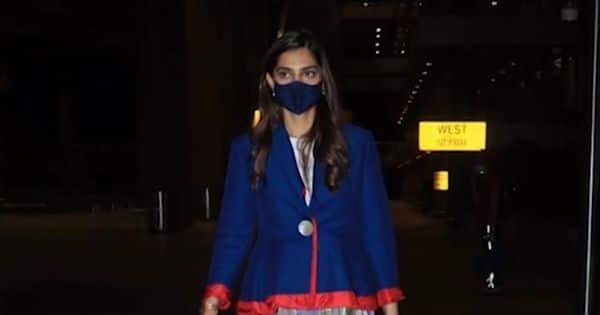 Sonam Kapoor’s loose outfit over a jacket left fans wondering if she was pregnant with her first child.

Sonam Kapoor recently landed in Mumbai after staying in London with her husband Anand Ahuja for almost a year. She broke down at the airport upon seeing her father Anil Kapoor who came to receive her. She gave him a warm hug and headed towards their car together.

However, Sonam’s loose outfit over a jacket left fans wondering if she was pregnant with her first child. Many people were of the opinion that Sonam was being cautious while she was giving a hug to her father at the airport. Needless to say, her recent spotting has kept her fans guessing.

Rescuing China’s Muzzled Past, One Footnote at a Time

Fans should give Indian Idol 12 contestant Shanmukhapriya a break from online trolling, here’s...