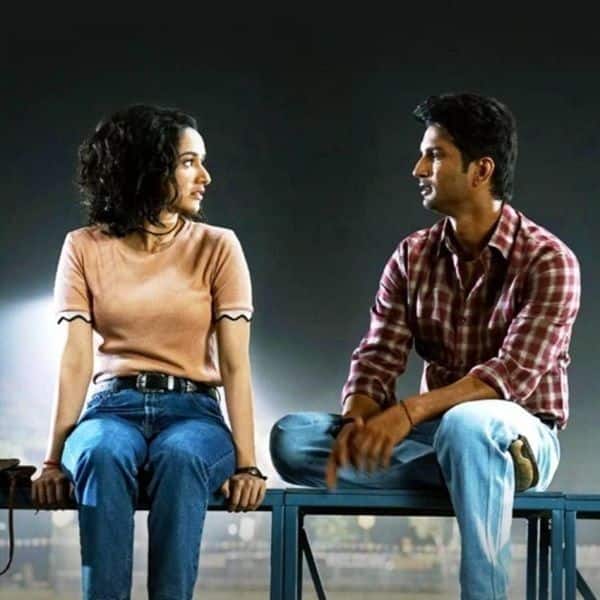 The drug angle in Sushant Singh Rajput’s death seems to be widening as the Narcotics Control Bureau (NCB) will summon Shraddha Kapoor along with Sara Ali Khan for questioning. It is also being said that the NCB will also ask Rakul Preet Singh and fashion Simone Kambhatta to join the probe next week. However, Shraddha’s fans are unhappy with the Chhichhore actress’ name being dragged into the case. Also Read – Sushant Singh Rajput case: #ISupportShraddhaKapoor trends after the Chhichhore actress’ name crops up in the drug probe

An NCB source told IANS that the drug law enforcement agency got the lead on these actors after it was found that they went on an island near Pune multiple times for parties. Sara Ali Khan starred with Sushant in Kedarnath while Shraddha shared the screen with the late actor in Chhichhore. Also Read – Sushant Singh Rajput case: Shraddha Kapoor and Sara Ali Khan to be summoned by NCB in the Bollywood drug link probe?

As soon as the news reports of Shraddha likely to be called for questioning breached the online space, her fans began pouring in their support saying that the actress is not guilty. “Shraddha Kapoor has not done anything .She also posted a video when all the cast of chhichhore were present .Then why shraddha ….am sure she is not guilty,” on Twitter user commented. Also Read – Luv Ranjan’s next starring Ranbir Kapoor and Shraddha Kapoor to go on floors in November?

Many people were of the opinion that the primary case was to find the reason behind Sushant’s alleged suicide and not his drug connection.

Shraddha Kapoor has not done anything .She also posted a video when all the cast of chhichhore were present .Then why shraddha ….am sure she is not guilty ?#ShraddhaKapoor pic.twitter.com/VKILD98f0D

“NCB Summons #ShraddhaKapoor does not mean she is a druggist. It is all due to chhichhore party happened at Sushant’s farmhouse and many more were there in that party. It is just for investigation to dig down the actual peddlers,” another Twitter user commented.

While another Twitter user said, “Don’t believe media only work for Trp
Shraddha Kapoor is one of the greatest actress in bollywood she never any part of Controversy and Always Stand for friends.”

NCB Summons #ShraddhaKapoor does not mean she is a druggist. It is all due to chhichhore party happened at Sushant’s farmhouse and many more were there in that party. It is just for investigation to dig down the actual peddlers.

The NCB has arrested Sushant’s girlfriend Rhea Chakraborty, her brother Showik Chakraborty, Sushant’s personal staff Dipesh Sawant and several others in the case for allegedly procuring and transporting drugs. It had registered a case on a request from the Enforcement Directorate (ED) after it found several WhatsApp chats between several people ostensibly for procuring drugs.

And while the NCB continues to dig deep into the drug angle in Sushant’s death investigation, take a look at how people have been shunning the reports of Shraddha being called for questioning. For the uninitiated, Shraddha was among the few celebrities who was present at Sushant’s funeral amid Covid-19 outbreak and strict lockdown rules.

She went there only once! Real criminals are hiding behind her.
Retweet if you agree! pic.twitter.com/nhDArE7Kz2

What is happening? Why did NCB want #ShraddhaKapoor she is the purest soul and if you all know then she never goes to these type of Bollywood parties . The case is about #SSRDeathCase how come it became drug case where is the investigation is leading where are murderers??? pic.twitter.com/eeb0ibEKNU

Before Passing Any Judgement On #ShraddhaKapoor… See This Pic Once & Decide Yourself… She Went To #SushantSinghRajput’s Funeral Despite The Deadly Pandemic & Heavy Rains… She Is One Of The Biggest Supporters Of #SSR… #isupportshraddhakapoor #wesupportshraddhakapoor. pic.twitter.com/WN8mneN9Fh

#ShraddhaKapoor
Though she is nepo kid she is too humble girl
how can you just expect that she may do drugs it’s like a hell to her ! Showing anything to increase ur TRP . News channel people shame on u !
I support shraddha Kapoor ! ? ? pic.twitter.com/8p5PFnU0XI