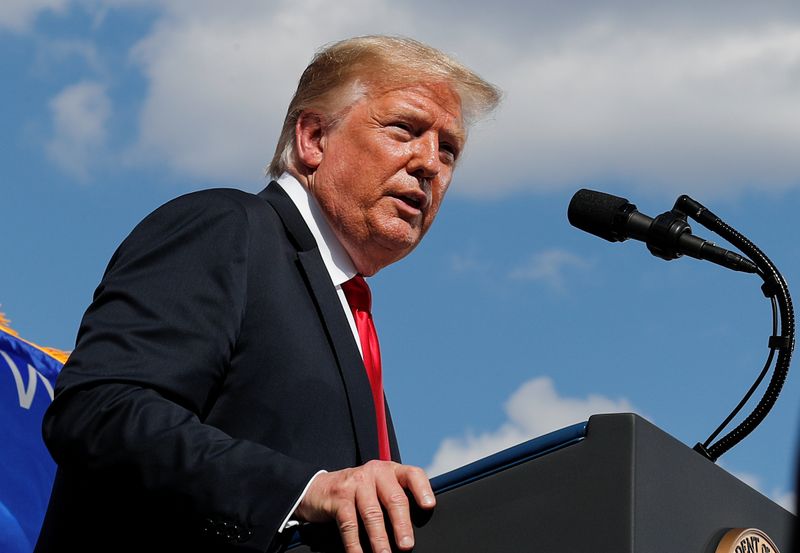 NEW YORK (Reuters) – A New York judge on Tuesday temporarily blocked Donald Trump’s niece from publishing a tell-all book that offers an unflattering portrait of the U.S. president and his family.

Justice Hal Greenwald of the state supreme court in Poughkeepsie, New York, issued a temporary restraining order against Mary Trump and her publisher Simon & Schuster at the request of Robert Trump, the president’s brother.

Robert Trump has said the scheduled July 28 release of “Too Much and Never Enough: How My Family Created the World’s Most Dangerous Man” would violate a confidentiality agreement tied to the estate of his father Fred Trump Sr, who died in 1999. Mary Trump is Fred Trump’s granddaughter.

Mary Trump and Simon & Schuster appealed Greenwald’s order less than 2-1/2 hours after it was issued.

Their lawyer Theodore Boutrous called Greenwald’s order a “prior restraint on core political speech that flatly violates the First Amendment” of the U.S. Constitution.

“This book, which addresses matters of great public concern and importance about a sitting president in an election year, should not be suppressed even for one day,” Boutrous added.

“Short of corrective action to immediately cease their egregious conduct, we will pursue this case to the very end,” Harder added.

Greenwald’s order blocks the distribution of Mary Trump’s book until he decides whether to issue a formal injunction. A July 10 hearing is scheduled.

On June 20, a federal judge in Washington, D.C. rejected a White House request to block former national security adviser John Bolton from publishing a memoir critical of the president.

MLS to join other leagues in allowing private equity financing