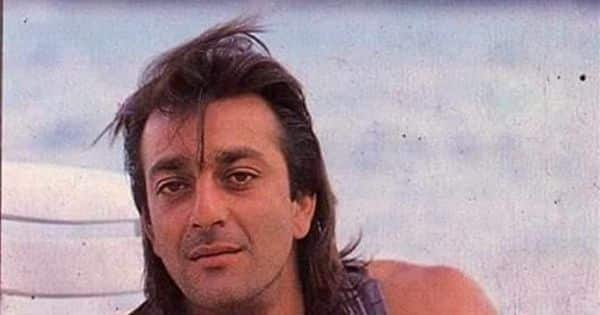 Sanjay Dutt’s life has been nothing short of a rollercoaster. That is one reason why Raju Hirani made a movie on him which starred Ranbir Kapoor. Also Read – Arbaaz Khan gets upset when Giorgia Andriani is called his ‘girlfriend’ or ‘bae’! Know why

As you might be aware, he was jailed for connection with the 1993 Mumbai blasts case. After he served his punishment, Sanjay appeared on the reality show Entertainment Ki Raat Limited Edition. He spoke at length about the time he spent in jail and many other things from his life. Talking about his drug phase, Sanju revealed that there was a time when mosquitoes would try to bite him, but instead of flying away they would die right there. It was probably because of drugs overdose in his blood. Also Read – WHAT! Salman Khan has a SECRET wife Noor and a 17-year-old daughter in Dubai? The Tiger 3 star reacts

The actor had revealed, “I used be on drugs those days. Once I was just lying down and I saw a mosquito flying near me. The mosquito bit me, sucked my blood and then he kept fluttering, but couldn’t fly. It happened too often, mosquitoes used to die on the spot. So, I mean to say, my blood used to be so toxic, that even mosquitoes would die. At times, I would laugh about it.” Also Read – From Aamir Khan to Farhan Akhtar: B-Town celebs who underwent rigorous training and shocked everyone with their transformations

Watch the video below in which Sanjay is at his candid best:

He had added, “Please! Stay away from drugs. So, my request to all the youngsters is stay away.”

On the work front, Sanjay is gearing up for the release of KGF 2. Directed by Prashanth Neel, the film also features Yash, Srinidhi Shetty, Raveena Tandon, Anant Nag and Prakash Raj in pivotal roles. It is produced by Vijay Kiragandur and Karthik Gowda under the banner of Hombale Films. The Hindi version of the film is presented by Farhan Akhtar and Ritesh Sidhwani’s production banner Excel Entertainment.

Super Dancer Chapter 4 PROMO: Neetu Kapoor COULDN’T stop herself from grooving with THIS...

See the World, in Canada