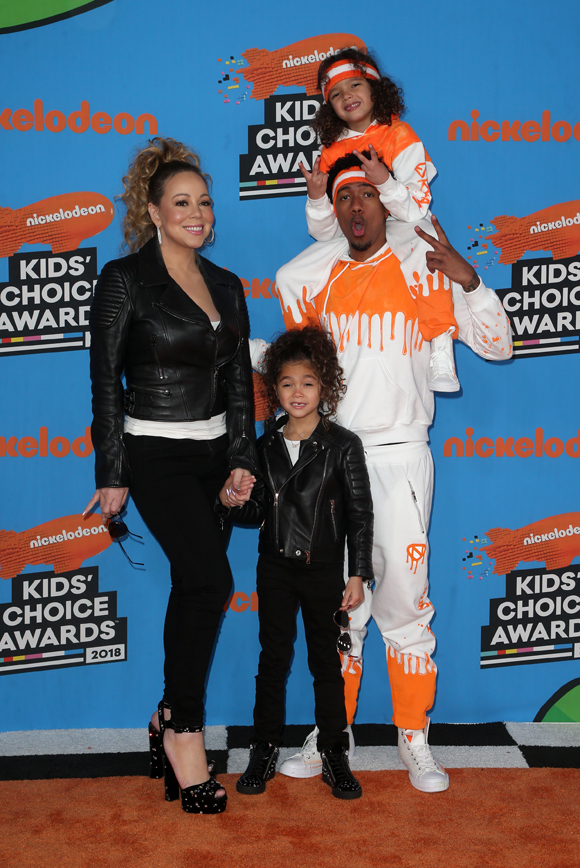 It would be impossible for Mariah Carey to share her life story without diving back into the chapter with her ex-husband and baby daddy, Nick Cannon!

As you’re likely aware, the 50-year-old singer-turned-author has been promoting and sharing excerpts from her new memoir, The Meaning of Mariah Carey, which officially came out on Tuesday. In addition to shocking tales from her early childhood, storied career, and first marriage to music producer Tommy Mottola, the book also takes a deeply personal look at the star’s six-year-long marriage to the Wild N’ Out host.

Related: Mariah Carey Reveals Her Sister Tried To Sell Her To A Pimp At The Age Of 12

Reflecting on the pair’s messy divorce — which took nearly two years to finalize after Nick initially filed in 2014 — Mariah wrote:

“Honestly, I think Nick and I could have worked it out between the two of us, but egos and emotions got inflamed (which can translate into many billable lawyer hours, and ultimately it did). It was tough. We both wanted to make sure everything was cool for our family. We will always be family, and we make it work.”

As you’ll likely recall, Carey and Cannon welcomed twins Moroccan and Monroe Carey, 9, during their time together, and as we’ve seen with other divorced Hollywood couples who share children *ahem Brangelina ahem* it can often be challenging AND expensive to get on the same page about co-parenting needs.

But long before the demise of their relationship, the Emancipation of Mimi artist remembered falling in love with the 39-year-old entertainer and his “perpetual teen spirit,” which she credited for her interest in becoming a mother:

“Our desire to have children became a force of nature and why we got married so quickly.”

She also shared what it was like meeting Cannon during the 2005 Teen Choice Awards after he presented her with an award noting that by then, she had already heard the actor had “all these nice things” to say about her:

“With a genuine beaming smile and a flame in his eyes, he replied, ‘If you give me a chance, I’ll prove all of it is true.’ A cute moment—very.”

Awww. That is pretty cute! A lot of people were surprised by this pairing when they first got together, but now we know it was the super smooth-talking that really sealed the deal here! Standing in stark contrast to her previous marriage to Mottola in the ’90s, Mariah wrote that “the power dynamics between us felt even” and that the Nickelodeon star “felt safe” to her.

“He was a good guy. He was faith-based. He was ambitious. He had been in the entertainment industry for a long time, so he understood the madness. He paid attention to me.”

Considering everything she’s been through in her life, it’s nice to hear that she can look back on this romance with fond memories — even though it didn’t last forever. The exes have since found a way to stay amicable and even occasionally spend time together with their children.

As far as tell-all memoirs go, this is honestly one of the nicest accounts we’ve heard about divorce! Seriously, sometimes the pen can become a sword and cut deep with words about the past, and that would’ve been the cherry on top of an already challenging year for Nick, who came under fire for making anti-Semitic comments back in July.

Perezcious readers, are U picking up a copy of Mariah’s new book?? And while you’re at it, check out ours! Head over to PerezHiltonBook.com and make your personal library complete with our new addition!