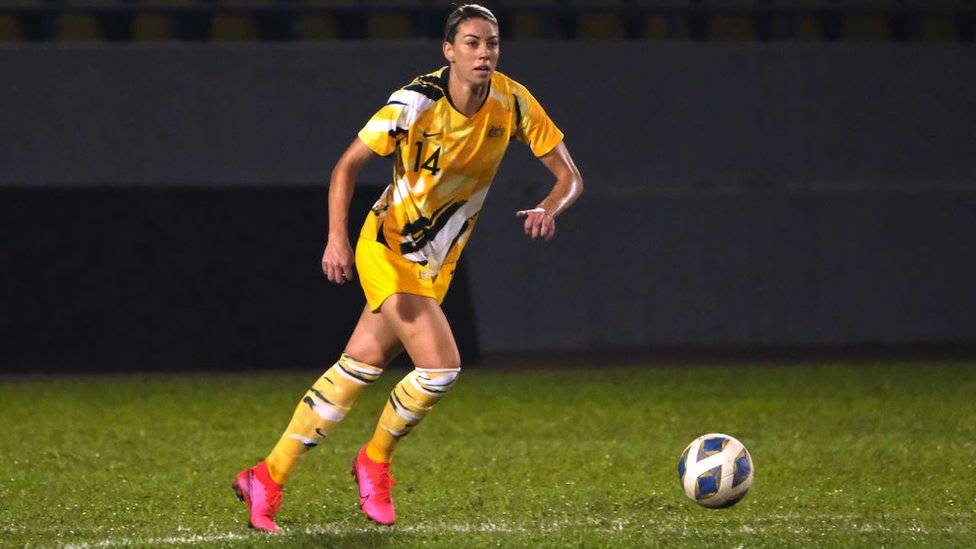 Fans of Australia’s women’s football team have been left disappointed after it was revealed their replica away kit does not come in female sizes.

The new kit, made from 100% recycled polyester, was unveiled on Friday alongside the men’s jerseys.

However a tweet from the women’s team, commonly referred to as the Matildas, revealed the away shirt won’t be available in female sizes until 2022.

The Matildas are currently ranked seventh in the world.

Australia’s Football Federation teamed up with Nike to create both the men’s and women’s kits.

However fans of the women’s team noticed that they were not able to buy the away kit in female sizes – only the home jersey. This is despite players being pictured in the away kit.

The post said the issue would be rectified for the next kit release in 2022.

A number of people, including Matildas player Elise Kellond-Knight shared their disappointment at the news.

“Ummmmm, this is a fairly significant problem,” she tweeted.

“I am speechless that this could happen in 2020,” one Twitter user said. “Women supporting women athletes – how does a decision like this even get made?”

Another said on Instagram it was a “huge step back after just winning the hosting rights to the 2023 World Cup”.

In 2019, the Matildas struck a historic deal with Football Federation Australia, which means the top male and female players are on the same pay scale. However the men are likely to keep earning more due to the greater prize money on offer at their matches.

Under the deal, both sides receive the same cut of commercial revenue – such as advertising – and players are valued equally.

They also now receive identical training conditions and other entitlements such as business air travel which was previously afforded to the men’s team, currently ranked 41st in the world.