Monkey-Pox: Causes, Symptoms, Prevention, And Everything You Want To Know
Advertisement

When preventive healthcare is a work of art

Leveraging technology to retain staff amid the pandemic

Getting into the cloud? Focus on service more than just names

VA and FDA partner to speed up medical device delivery

Monkeypox is a zoonotic pox virus infection that is highly infectious to humans and other animals. The Congo Basin clade and the milder West African clade are two separate varieties that have been identified.

If you’ve ever been exposed to monkey-pox, you’ve likely wondered how to distinguish the symptoms from other forms of the disease. The rash of monkeypox is similar to herpes, syphilis, and chickenpox. The rash spreads from the face to the hands and feet and then to the rest of the body. Recent disease cases have shown a pattern, and disease experts have instructed health care providers to look for a rash like chickenpox. Follow CENTRALFALLOUT for updates.

Monkey-Pox: Causes, Symptoms, Prevention, And Everything You Want To Know 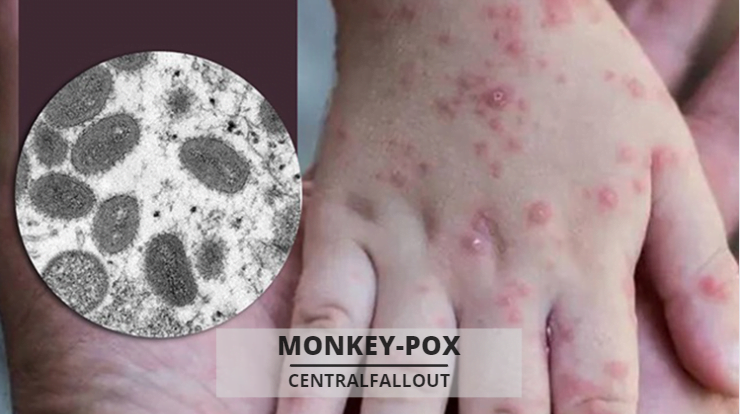 When you have monkeypox, you’ll likely experience the following symptoms: fever, muscle aches, backache, swollen lymph nodes, and exhaustion. Once you have monkey-pox, you may have a rash that begins on the face and spreads to other body parts.

The rash tends to follow a pattern, with the first lesions appearing as slightly raised bumps filled with a clear fluid. Eventually, the rash becomes inflamed and forms a scab.

Monkey-pox is a disease spread from person to person, mainly through contact with contaminated materials and respiratory droplets. The disease is usually mild, and it doesn’t spread easily among humans. If you have this virus, make sure you avoid contacting other infected people.

Using contaminated objects and clothing may also expose you to the virus. If you get monkey-pox, you should not share the contaminated items with others.

If you suspect that you may have the monkey-pox virus, the first thing to do is contact a health care provider immediately. Monkey-pox is a rare disease most common in western and central Africa. In the United States, it is rarely a cause for concern, but outbreaks have occurred here as well.

The initial symptoms of monkeypox include fever, body aches, and chills, which progress to a rash. While monkeypox is milder than smallpox, it is still necessary to get medical attention, as the virus is spread through close contact.

The monkeypox rash typically appears one to three days after the fever begins. It typically begins on the face and spreads to other body parts. The rash looks like small red bumps on the skin, which turn into pus-filled blisters that crust over and fall off.

Monkey-pox is spread by contact with an infected person or animal. People may contract monkeypox through broken skin, but contact with an animal is usually the most direct way to get it.

What Animals Can Carry The Monkey-Pox?

Monkey-pox is transmitted through contact with bodily fluids and respiratory droplets from one human to another. It is also spread through the skin of infected individuals and by touching contaminated surfaces.

The disease has increased in recent years due to climate change and urbanization. Nevertheless, it remains a highly contagious disease. It will help avoid direct contact with animals infected with the disease for the best protection.

In addition to humans, monkey-pox can also be transmitted to non-human animals, such as raccoons, rodents, bats, and guinea pigs. In Africa, monkey-pox is endemic to animals that live in heavily forested areas.

While human cases are uncommon outside the endemic area, there have been eight confirmed cases in countries that are not endemic for monkey-pox. The illness is associated with travel to these countries.

What Country Has Monkeypox?

While it’s sporadic to contract monkey-pox, there are some areas of the world where this disease is more prevalent than in others. According to the World Health Organization, there were at least 250 confirmed cases in 2016.

It’s believed that the majority of cases were caused by the West African strain of the monkeypox virus, which causes flu-like symptoms and a rash on the face that eventually becomes pus-filled blisters.

While the West African strain is less deadly, it still causes about three per cent of cases of human monkey-pox. The Congo Basin strain causes more severe disease and kills ten per cent of people.

A spokesperson for the WHO said almost 200 confirmed cases, though those numbers may be a little high. Spain recently confirmed one woman with the disease.

The infection was related to a chain of transmission previously limited to males. Earlier, WHO had said that there had been no confirmed cases of monkey-pox in Europe, but the number has risen to 98. Portugal also reported 74 cases.

How Is Monkeypox Prevented?

The symptoms of monkeypox are similar to those of smallpox, but the virus causes milder illness. These symptoms may include enlarged lymph nodes, fever, backache, lymphadenopathy, nonproductive cough, and dyspnea.

The disease progresses to macules, vesicles, and pustules and develops into scabs. Monkeypox typically lasts between two and four weeks and disappears within 14 to 21 days.

Infection with monkeypox can be prevented with vaccination. Smallpox vaccination is effective against monkeypox, and it is possible to get an antiviral drug such as cidofovir or brincidofovir.

Vaccination is also essential, and some studies have shown that smallpox vaccines are up to 85 per cent effective against monkeypox. Vaccine makers, however, are ramping up production of JYNNEOS, an antiviral drug that’s approved for use in humans.

Who Was Josh Okere? Cause Of Death

Marion Barber III died at the age of 38: Read To Know More About His Life