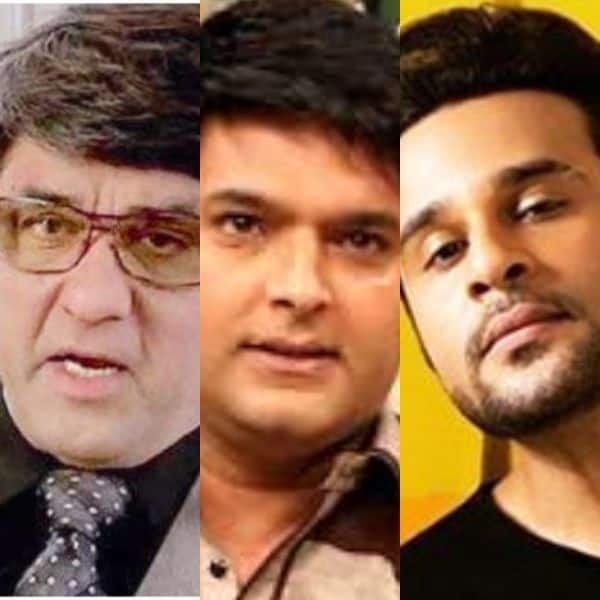 The Kapil Sharma Show is grabbing headlines a lot these days. A couple of days ago, they held and the reunion of the original Mahabharat cast and the likes of Nitin Bharadwaj and Gufi Paintal to Gajendra Chauhan, Arjun and Puneet Issar and more were seen attending the show to laugh and have to some good time reminiscing the good old days. However, one of the cast members of Mahabharat did not attend the show. The actor cited the reason in a lengthy Instagram post saying, the show is vulgar and cheap. And now, the actor has revealed that his anger over the show’s host dates back to the previous shows he featured in. In a video message, Mukesh Khanna have accused Kapil Sharma and his friend and co-star Krushna Abhishek of tarnishing the image of his superhero character, Shaktimaan. Also Read – Mukesh Khanna accuses Kapil Sharma and Krushna Abhishek of tarnishing Shaktimaan’s image

“Kapil had done a little skit on his show featuring Shaktimaan. At the time, Krushna Abhishek also worked with him. Maybe it was in Comedy Circus. Kapil Sharma did a little skit wherein he was in the Shaktimaan costume and there was a girl standing some distance away. There was a bed too. It is shown that Shaktimaan moves towards the girl but gets a call, so he flies away. He comes back and the same thing happens again,” the actor said. Also Read – The Kapil Sharma Show: ‘Why did he not leave Mahabharat when Arjuna was dressed up as woman?’ Gajendra Chauhan SLAMS Mukesh Khanna’s ‘vulgar’ comment

The actor revealed that he got so angry with that thing that he called up Krushna Abhishek and, “I said, ‘What are you doing? You are showing a pure character like Shaktimaan in such a light?’ Krushna told me that he was supposed to do the skit but Kapil wanted to do it instead. I said, ‘How do you tarnish a character’s image like this? Who allows you? Is there no censor to examine the content?’ This is the problem. There is neither censorship of ads nor such shows and even films. The new generation which films by copying foreign films, forgetting the fact that their culture is not the same as ours.” Also Read – The Kapil Sharma Show: Mukesh Khanna calls the serial cheap and vulgar; says ‘I rejected the invitation’

What do you have to say about this? Let us know your thoughts by tweeting to us @bollywood_life .