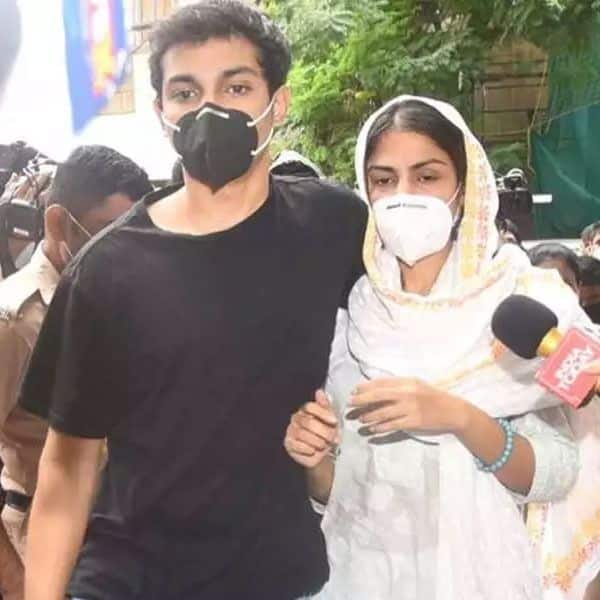 The judicial custody of Rhea Chakraborty is ending today. The actress, along with her brother, Showik has been in prison since September 9, 2020. She was kept at the Byculla Women’s Prison. It seems sources have told the Narcotics Control Bureau that they want an extension of her custody, and that of her brother, Showik. While she was in Byculla, he was kept at the Taloja Jail. They will be presented today at the Sessions Court. The NCB arrested Rhea Chakraborty on June 8. She had charges of procurement of drugs on her. It seems sources told channels that Rhea Chakraborty admitted to the consumption of drugs after 36 hours of grilling. She said she was procuring them for late Sushant Singh Rajput. Also Read – Sushant Singh Rajput Case: NCB to seek extension in judicial custody of Rhea Chakraborty and brother, Showik?

Showik Chakraborty in his statements confessed that he was procuring marijuana for the late actor. He has been in contact with Zaid Vilatra, Abdul Basit Parihar and Suryadeep Malhotra. It seems Rhea Chakraborty made payment for the drugs, mostly in cash. Samuel Miranda and Dipesh Sawant are also in custody. They revealed that Rhea Chakraborty was active in the procurement of drugs for the late actor. She has told NCB that Sushant got addicted to marijuana (ganja) after the shoot of Kedarnath. It seems the whole crew was consuming weed during the shoot. The easy and cheap availability of marijuana got him hooked to the drug. So far, 18 people have been arrested. Some of them have admitted to supplying drugs to many Bollywood celebs. As per sources, they might ask for extended custody till September 29, 2020. Also Read – Narcotics Control Bureau summons Dhruv from KWAN for drugs probe

The NCB questioned Jaya Saha and Shruti Modi on Monday. Rhea chatted with her on CBD oil on WhatsApp for four hours. It seems late Sushant Singh Rajput took weed to reduce his anxiety issues. Jaya advised Rhea to use few drops of the oil in the actor’s tea or coffee. The message read, “Use 4 drops in tea, let him sip it . Give it 30-40 mins to kick in.” Also Read – Sushant Singh Rajput case: Reports state the actor made an S.O.S call to sister Mitu, saying, ‘Mujhe maar denge’