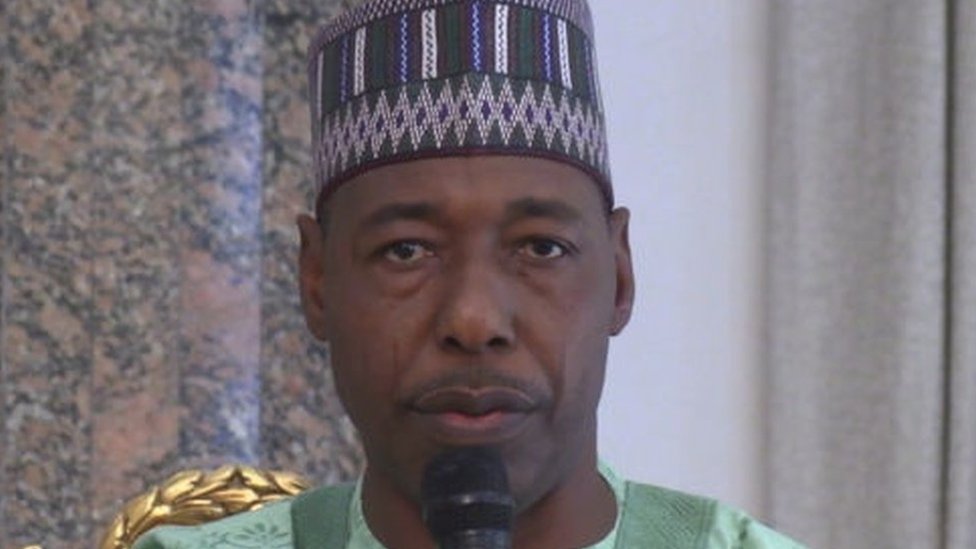 Militants linked to the Islamic State group (IS) have used a donkey strapped with explosives to ambush the convoy of the governor of Nigeria’s north-eastern Borno state.

Governor Babagana Zulum was returning to the state capital, Maiduguri, from Baga town when they were ambushed.

Sunday’s attack came two days after he had survived another attack while travelling to an area near Lake Chad.

At least 18 people were killed in that ambush.

Among them were 14 police officers and soldiers and four civilians.

Islamic State West Africa Province (Iswap) militants, who were behind the attack, split from Boko Haram, an Islamist group that launched its insurgency in north-eastern Nigeria a decade ago.

The group’s campaign of violence has spread to neighbouring countries, killing more than 30,000 people and forcing two million from their homes, according to the UN.

What happened in Sunday’s attack?

Governor Zulum was returning from Baga where he had accompanied hundreds of residents who returned to the town they fled in 2014 following deadly jihadist attacks.

When soldiers saw the donkey on the road, they shot at it. Explosives then went off and the militants immediately came out from their hide-out to open fire on the convoy, an official who was in one of the vehicles in Governor Zulum’s convoy told the BBC.

A number of insurgents were killed in the ensuing shoot-out. No-one in the convoy – including the governor – was injured but some vehicles were damaged by bullets, the official said.

Governor Zulum said last week that feeding people displaced by violence in the state was not financially sustainable, insisting that the only option was for them to return and rebuild their homes in order to live a “dignified” life, news agency AFP reports.

Aid agencies have, however, expressed worry about the people’s security.

Despite regional efforts to end Boko Haram’s campaign of violence, the group has stepped up its attacks in recent months.