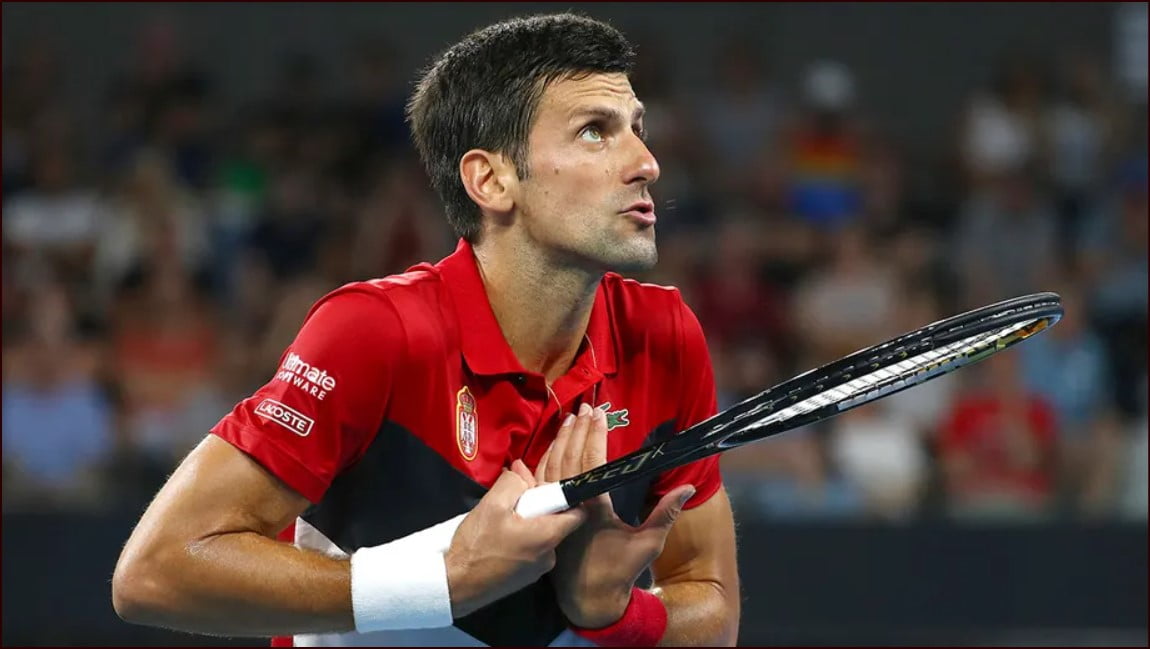 Novak Djokovic denied entry to Australia: Novak Djokovic’s chances of winning his 10th Australian Open championship were put in jeopardy on Thursday after the government denied him entry and terminated his visa after he failed to meet the standards for a COVID-19 vaccination exemption.

Djokovic, the world No. 1, stated on social media on Tuesday that he received “exemption approval,” and he arrived in Australia late Wednesday with a medical exemption from Victoria’s state government, which was likely to exempt him from the tournament’s strict vaccine requirements.

The Australian Border Force issued a statement indicating Djokovic failed to meet entry standards, but national border authorities did not accept the exemption.

At a press conference, Prime Minister Scott Morrison stated, “The rule is pretty clear.” “You’ll need a medical exemption.” He didn’t have a valid medical exemption. We decide the border, and it is enforced there.”

Djokovic’s medical exemption was reviewed by border officials, who looked “at the integrity and the facts behind it,” according to Health Minister Greg Hunt.

“If a visa is cancelled, someone will have to leave the country,” he added, adding that Djokovic was allowed to appeal the decision.

The president of Djokovic’s home country, Serbia, denounced the star’s “treatment” while he was detained overnight at Melbourne Tullamarine Airport. The 20-time major winner had to wait at the airport for more than eight hours to find out if he would be allowed to enter the nation. Later, he was transferred to a secure hotel near Melbourne’s downtown area, which immigration officers monitor.

The Australian Broadcasting Corporation and other local media claimed that a legal challenge to Djokovic’s visa cancellation had been filed in the Federal Court.

If Djokovic had been able to establish he was fully vaccinated against the coronavirus, quarantine-free entrance would not have been an issue. Instead, he asked for a medical exemption, a path that only became available in recent months after Victoria state reversed its previous stance of no vaccine, no play.

The Sydney Morning Herald published emails from the Department of Health and Health Minister Greg Hunt to Tennis Australia late last year, indicating that Djokovic didn’t satisfy the criteria for quarantine-free admission at the time.

In response to inquiries regarding the differences between state and federal regulations, Morrison said it was up to individual tourists to arrive with the proper documentation.

The prime minister denied that Djokovic was singled out, although he did accept that other players might be in Australia on the same medical exemption.

He explained that “one of the things the Border Force does is act on intelligence to divert their attention to probable arrivals.” “When people make public comments about what they claim to have and want to achieve, they attract a lot of attention to themselves.”

“Whether they’re a celebrity, a politician, or a tennis player,” he continued, “they should anticipate to be asked more questions than others before you come.”

The medical exemptions, which were evaluated by two independent committees of experts and based on anonymous information provided by players and taken at face value, were intended to allow Djokovic to compete in the Australian Open regardless of his vaccination status.

He has already spoken out against vaccines and has declined to acknowledge if he has got any coronavirus immunizations.

Srdjan Djokovic, his father, informed the B92 online portal that his son was being held at the airport “in a place that no one may access” and was being escorted by two police officers.

While Djokovic was being held at the airport, Serbian President Aleksandar Vucic posted on Instagram that he spoke with him. He added that Serbian officials were taking steps “to end the harassment of the world’s best tennis player as soon as possible.”

Djokovic’s announcement on social media that he would be competing in Australia for a record 21st major title became a heated political topic almost immediately. Many Australians who have struggled to obtain scarce and frequently expensive quick antigen tests or who have been pushed into isolation saw the exemption permitted for Djokovic as a double standard.

Critics questioned his eligibility for the exemption, while supporters maintained that he has a right to privacy and freedom of choice.

In another COVID-19 outbreak, tensions are rising. On Thursday, Victoria recorded six deaths and 21,997 new cases, the most daily increase in infections since the pandemic began.

Craig Tiley, the tournament director for the Australian Open, defended the “fully valid application and process” on Wednesday, insisting that Djokovic received no special treatment.

When the event begins on Jan. 17, the Victoria government has stipulated that only fully vaccinated athletes, workers, fans, and officials be allowed into Melbourne Park.

According to Tiley, only 26 people associated with the event asked for a medical exemption, and only a “handful” were approved. None of the players has been named publicly.

Acute significant medical issues, a serious adverse reaction to a previous dose of COVID-19 vaccine, or proof of a COVID-19 infection within the last six months are all acceptable causes for an exemption.

In June 2020, Djokovic tested positive for the coronavirus after participating in a series of exhibition matches in Serbia and Croatia that he scheduled without social distancing during the pandemic.

Concerns about Djokovic’s visa status grew Wednesday, when Morrison said that if the evidence supporting his exemption application was deemed insufficient, “he won’t be treated any differently than anyone else, and he’ll be on the next plane home,” after initially saying it was a matter for the Victoria government.

While the state government and tennis organizers “may let a non-vaccinated player to compete in the Australian Open,” Home Affairs Minister Karen Andrews stated, “it is the Commonwealth government that will enforce our rules at the Australian border.”