Bharti Singh Welcomes Her First Baby Boy: Popular TV host Bharti Singh is now a mommy to a baby boy. The comedian announced the arrival of her first child with co-host-husband Harsh Limbachiya on Sunday .She is one of the best comedians in India she did fantastic comedy in The Kapil Sharma show. To know more follow centralfallout.com 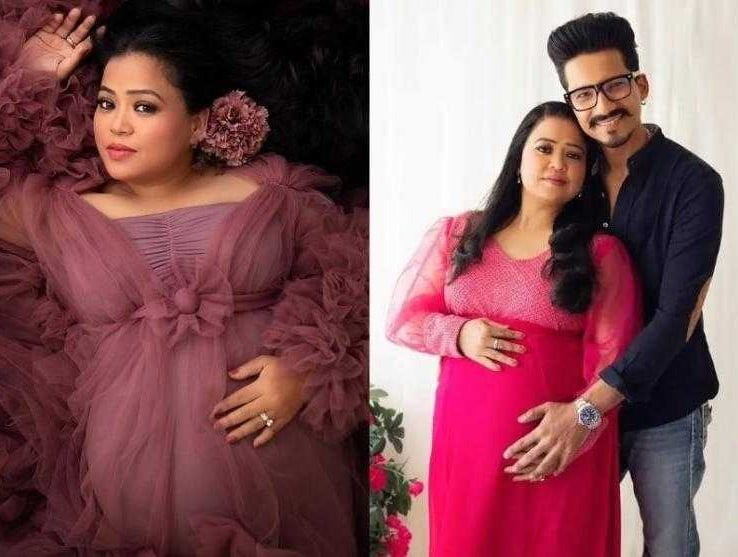 She shared stunning pictures of herself from her maternity shoot.

Film-maker Karan Johar, Shamita Shetty, Gauahar Khan, Arjun Bijlani, Jay Bhanushali, Delnaaz Irani, among others, shared their best wishes and blessings for the newest member of their family. Last month in March, the popular TV personality shared stunning pictures of herself from her maternity shoot. She could be seen wearing a ruffled plum dress and flaunting her baby bump. Bharti has been busy working until the end of her pregnancy, was shooting for her new show ‘Khatra Khatra’.

The comedian hosts two TV shows with her husband – ‘Hunarbaaz: Desh Ki Shaan‘ and ‘Khatra Khatra Khatra’. She announced her pregnancy in December last year on her YouTube channel ‘LOL Life Of Limbachiyaa’s’ by uploading a video titled ‘Hum Maa Banne Wale Hai’ (I am expecting).The couple tied the knot on December 3, 2017, in an intimate ceremony in Goa.

Who Is Olivia Isabel Rodrigo? Know How She Got Famous